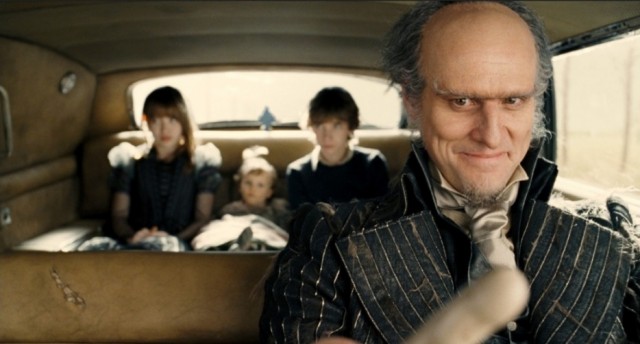 Most of Netflix’s successful original programming has been focused on adults, but the streaming service has lately been making moves toward creating more family friendly original shows as well. The streaming service has recently picked up the rights to Lemony Snicket’s popular A Series of Unfortunate Events young adult novels with the intention of adapting them into a series, Deadline reports.

A Series of Unfortunate Events was already adapted for the screen in 2004 with the Jim Carrey-starring movie Lemony Snicket’s A Series of Unfortunate Events. That movie got decent reviews, which praised Carrey’s performance but criticized the film for not staying faithful to the source material’s edgier bits. Still, it made $209 million worldwide.

“On the search for fantastic material that appeals to both parents and kids, the first stop for generations of readers is A Series Of Unfortunate Events,” said Cindy Holland, vice president of original content at Netflix, per Deadline. “The world created by Lemony Snicket is unique, darkly funny and relatable. We can’t wait to bring it to life for Netflix members.”

“I can’t believe it,” Snicket said from an undisclosed location. “After years of providing top-quality entertainment on demand, Netflix is risking its reputation and its success by associating itself with my dismaying and upsetting books.” That comment from Snicket is a continuation of the marketing ploy that has been used for the series since the first book was published, with a warning on the back cover saying, “I’m sorry to say that the book you are holding in your hands is extremely unpleasant” and advising the would-be reader to put the book down and run away.

The books are narrated by Lemony Snicket, the pen name of novelist Daniel Handler, and tell the story of three orphaned siblings: Violet, Klaus, and Sunny Baudelaire. The trio have a variety of unfortunate things happen to them throughout the series of 13 books, mostly instigated by their evil Uncle Olaf, who was portrayed by Jim Carrey in the film. At the beginning of the series, the children are orphaned after their parents are killed in the fire that burns down their family home. Violet, the eldest, will inherit the family’s fortune when she turns 18, which motivates Olaf to undertake a variety of nefarious plots to steal the money.

Netflix’s resources plus a television series format could do an even better job of adapting the books to film than was done with the 2004 movie. According to the review aggregator Rotten Tomatoes, where the film has a 72% rating from critics, the movie was criticized for going soft on some of the books’ edgier bits. A long television series can follow each of the story lines in the 13 novels to completion instead of having to pick through highlights like in the film. A show on Netflix also doesn’t have to worry about MPAA ratings and so can go for an edgier interpretation. The show is meant to be family friendly like the books, but the books have a dark Gothic tone and lots of unfortunate events that could be relished more than the film got away with.

Netflix has already done a superb job of cornering the adult television market, and nabbing source material like this is the perfect way to ensure that the streaming service can begin to produce the same level of quality entertainment for kids. In this win-win scenario, the novels will also likely receive a more faithful adaptation with the freedom of a streaming service television series than they did with the film version.