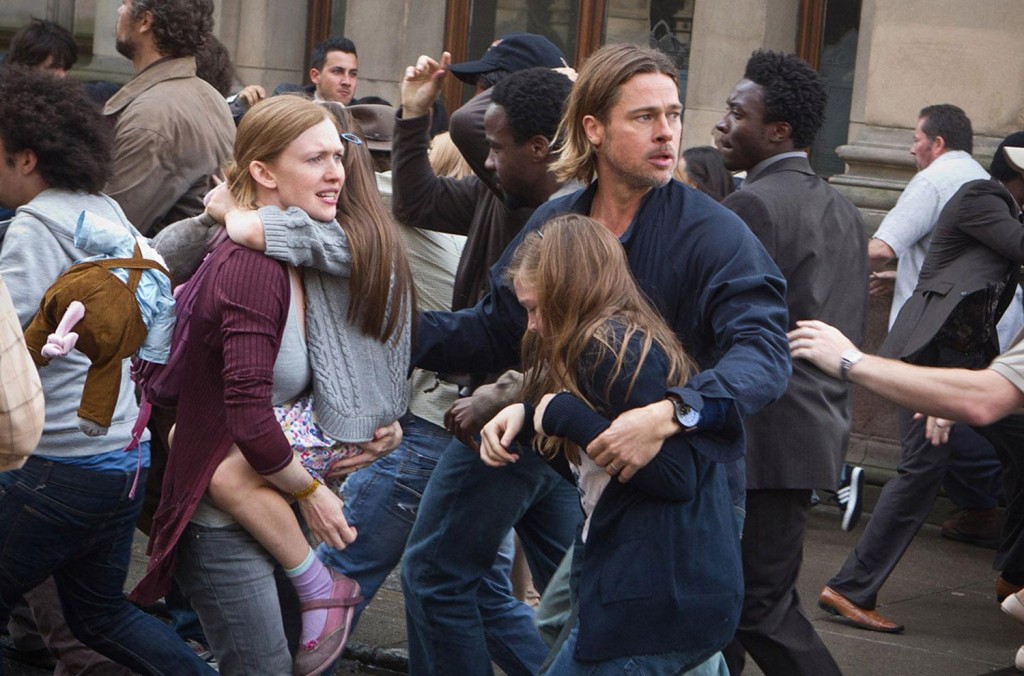 World War Z, adapted from Max Brooks’ semi-modern classic book, was a strange sort of surprise last summer. It didn’t follow the usual template for summer blockbusters — its biggest setpiece comes in the first scene, and its climax is strangely and purposefully anti-climatic — so critics heaped praise upon the film. Directed by Marc Forster, whose career has been steadily losing the hint of lustrous promise insinuated by his first two films (Monster’s Ball and Finding Neverland), World War Z was a hugely forgettable but unexpectedly popular zombie apocalypse blockbuster with occasional moments of daring repudiation.

Forster is responsible for the polarizing Quantum of Solace and the lopsided, messy adaptation of the mega bestselling The Kite Runner, and he brings the same lack of style to World War Z. He eschews the humor that defined the book and instead pours generic apocalyptic action down our throats. His zombies are poorly rendered seas of CGI, moving in undulating waves through forlorn middle eastern landscapes and through the funneled confines of Jerusalem’s stone corridors. The characters are bland, and the moments that hint at suspense are lacking because there’s no reason to care about any of these people. Mireille Enos is handed a stock role as the worried wife while Brad Pitt and his gorgeous flowing blond locks (this dude is 50?) travels the world trying to save humanity.

On the bright side, David Morse steals his sole scene as an imprisoned CIA operative who knows a concerning amount about the impending apocalypse, and the final 20 minutes or so are fairly tense, if stupid.

Now, Entertainment Weekly reports that Steve Knight, Oscar-nominated scribe of 2002′s Dirty Pretty Things, Eastern Promises, and this year’s Locke, is penning a sequel to World War Z. While a sequel is completely unnecessary, there’s a bit of bright light here: Juan Antonio Bayona, director of The Orphanage, has been tapped to helm the film. Bayona showed a keen eye for suspense and sustained dread with The Orphanage, and he just might be able to resurrect the dead and dull zombie genre.

Knight wrote and directed Locke, which stars Tom Hardy as a man who drives down a highway at night and talks to various people on the phone, and it’s enthralling. The writing is sharp, Hardy is superb, and the direction manages to keep things interesting. Knight’s screenplay for Martin Scorsese’s Shutter Island was also quite good, though Leonardo DiCaprio and Scorsese seemed to be operating on different wavelengths in the movie.

World War Z had a budget of almost $200 and a troubled production full of re-shoots, yet its $540 million gross was deemed a “sleeper hit” by the internet because no one expected the film to be any good. The sequel could be really good, though: 28 Weeks Later bore little resemblance to Danny Boyle’s modern-classic 28 Days Later, but its lacerating critique of U.S. foreign policy and its throat-punch visceral horror is undeniably effective. If Bayona can find a visually voice and a purpose for this film to exist, there could be hope for the future after all.