10 Worst Animated Movies of All Time

To make a list of the worst animated films can be tough because there’s a question of how far down the rabbit hole you go. Specifically, with so many straight-to-video releases out there, some of the films on this list are definitely not objectively among the worst animated movies ever made. That being said, for a major Hollywood release backed with millions of dollars to fall flat on its face, certainly deserves recognition.

1. Titanic: The Legend Goes On 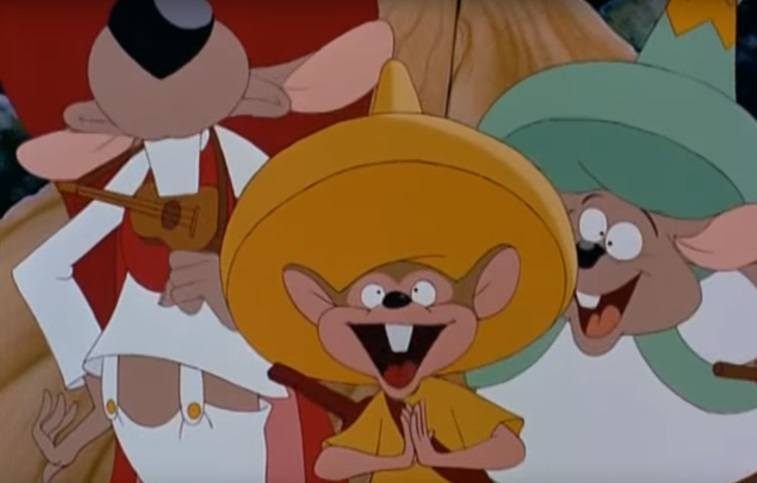 Any list of the worst animated films of all time begins with the Italian animated film, Titanic: The Legend Goes On. Created over a surprisingly long two-year span, the film is an obvious attempt at trying to capture thunder from James Cameron’s Titanic, which was released three years before. It does everything in its power to offend and baffle viewers.

The film’s misfires include a host of talking animals aboard the Titanic, including a rapping dog (we’ll overlook the fact that this is taking place in 1912 because that’s the least of our concerns), stereotyped Mexican mice, and bizarre tonal inconsistency. Of course, the nail on the coffin is the film’s refusal to at all respect or give weight to the actual tragedy itself — something made worse by the fact that its filmmakers are not American.

Everything about Foodfight! screams second-tier animated film — the kind studios think kids will eat up regardless, despite the fact that kids usually know what’s bad. And boy is this one terrible. With actors such as Charlie Sheen, Chris Kattan, and Hilary Duff lending their voices to a film whose premise is surprisingly similar to the recently released Sausage Party, the film features horrible animation that harkens back to mid-’90s video game cutscenes, even worse jokes, and product placement galore. The only thing worse than watching it is knowing that it cost at least $45 million to make.

While Mars Needs Moms probably isn’t deserving of a place on this list when it comes exclusively to critical response (although with a 37% at Rotten Tomatoes, a conversation may be warranted), it deserves a special mention because of its box office performance relative to its budget.

Just how bad did it perform? On a colossal $150 million budget, it ended up earning $39 million, making it one of the biggest box office bombs in movie history. But it was also just a lackluster film in general that featured a generic, uninteresting story and the oddly creepy 3D motion capture animation featured in films like Beowulf and The Polar Express that somehow manages to look lifelike and fake all at once.

This little direct-to-video gem originated from Brazil and is an obvious attempt at trying to capitalize on DreamWorks’ Kung Fu Panda, which was released the same year. Featuring breathtakingly bad animation and a plot stripped from Kung Fu Panda without the good parts, The Little Panda Fighter is nearly watchable for its terribleness if it wasn’t so mind-numbingly boring.

Sir Billi (titled Guardian of the Highlands in the U.S.) represents the final acting role for Sean Connery, which makes you wonder if it was this film that pushed him over the edge. The story follows a skateboarding veterinarian on a mission to save Bessie Boo the beaver. The film’s terrible animation is matched by its terribly dull story.

6. Norm of the North

Norm of the North | Lionsgate

Yet another epic misfire by Lionsgate’s animation division, Norm of the North’s animation is actually the least of its concerns despite being nowhere near the level of Pixar, Disney, or DreamWorks. The film is a generic undertaking that appears to be an attempt to piggyback off of Happy Feet and a whole slew of better, more popular animated films.

The movie follows a polar bear who travels to New York City to stop a selfish developer from developing in the Arctic. Oh yeah, and don’t forget the voice talents of Rob Schneider or the fact that there’s twerking involved.

Strange Magic is one of those movies that deserves to be on this list because the potential was so high and the final result was so mediocre. Featuring the best-looking animation on this list by far (unless the CGI motion capture of Mars Needs Moms is your thing), the film’s problems have more to do with its ridiculous, yet formulaic plot, famous pop songs in musical sequences, and a lack of laughs, which is pretty important since it’s aimed at kids. A passion project by George Lucas, who provided the story and co-wrote, Strange Magic is yet more proof that whatever magic Lucas once had is long gone.

Get Squirrely didn’t even receive U.S. distribution despite the fact  that it features voice acting by the likes of Will Forte, John Cleese, and John Leguizamo. That, by itself, should tell you how rotten this film’s reputation is. With awful, quasi-creepy animation and a generic story of a squirrel plotting to pull a heist at a giant nut factory, everything about the movie says that you and your kids will fall asleep within 10 minutes — and it’ll probably be for the better. 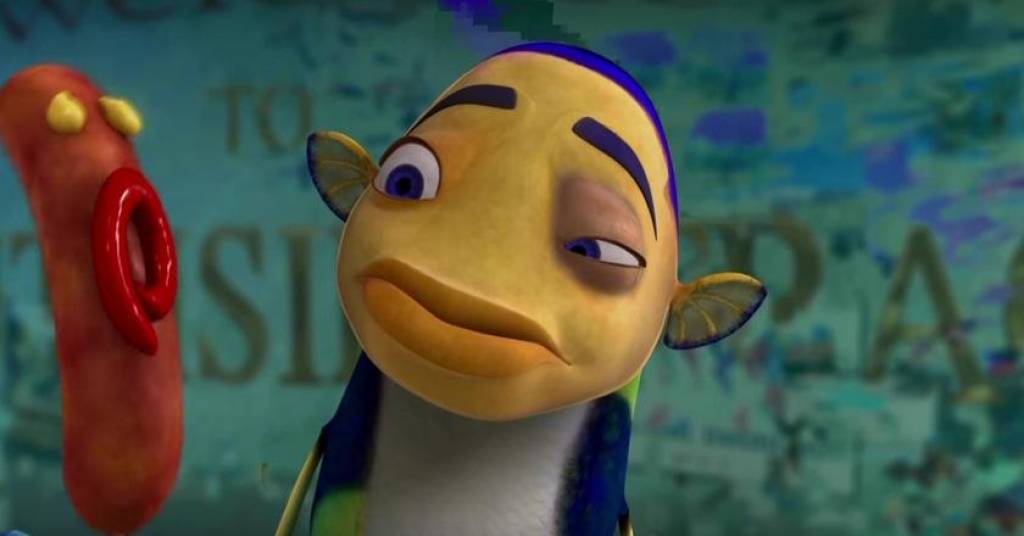 Believe it or not, there was a time when Pixar was quite literally the only studio making halfway watchable animated movies. Enter 2004’s Shark Tale, a film released suspiciously close to Pixar’s Finding Nemo, covering roughly the same theme of “talking fish on a wide-scoping adventure.” Unfortunately for DreamWorks, they forgot to actually create a compelling story, leaving it to wallow in its 35% Rotten Tomatoes score for all of eternity.

10. Any of Disney’s straight-to-video sequels 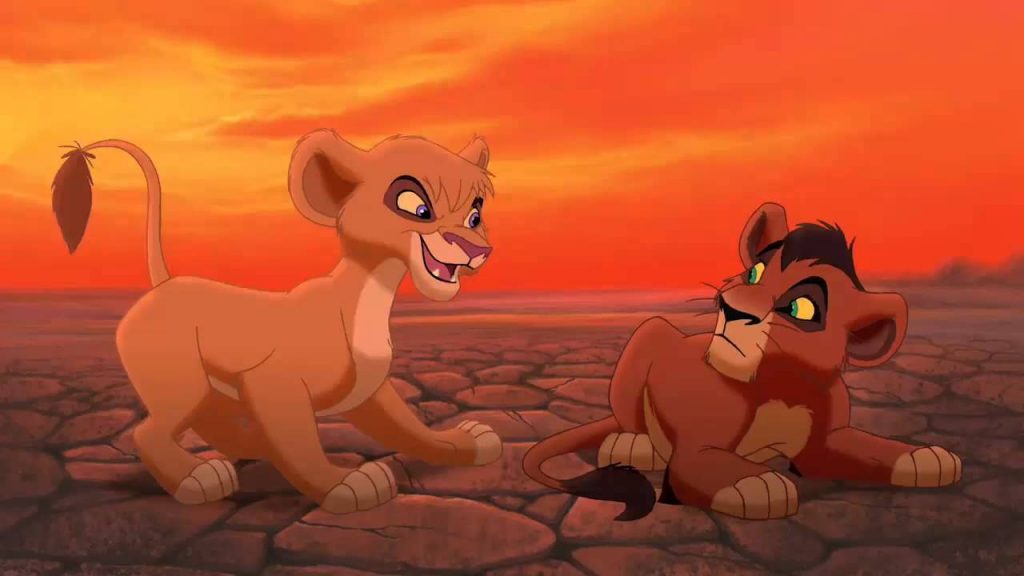 Back before sequels and reboots were all the rage for blockbuster releases, Disney had a nasty habit of taking their most beloved animated properties, expending a fraction of the effort they used in the original, and releasing straight-to-video follow-ups. It’s a strategy that gave us sequels for Tarzan, The Lion King, The Little Mermaid, Beauty and the Beast, Lady and the Tramp, Peter Pan, Cinderella, The Hunchback of Notre Dame, and tons more. The only problem: Each and every one of these movies was patently awful, and were little more than a series of blatant cash-grabs by Disney.