The Worst Characters on ‘The Walking Dead’

One of The Walking Dead‘s most consistently strong points is its incredible ensemble. Throughout the past seven seasons, fans have enjoyed an incredible ride with good guys and bad guys alike. It’s not always easy to root for characters like Rick and Carol, but that’s largely because they’re so complex.

AMC’s killer series has also delivered a handful of truly awful characters over the years too, though. We’re not just talking villains, though many of The Walking Dead‘s most unlikable men and women are often gunning for Rick and his friends. In this case, TWD‘s bad apples are also the characters that are just plain obnoxious. Maybe they’re not fully developed, maybe they make terrible, unforgivable decisions.

Whatever the reason, fans often have a hard time watching when they’re on screen. Here are the 10 worst characters on The Walking Dead.

You could give Father Gabriel points for trying these days. But then, when you remember his early decisions, it’s hard to forgive and forget. The priest hasn’t exactly been a pinnacle of piety, after all. Despite the fact that he’s a man of the cloth, many of his choices and actions have been entirely selfish.

Since we never got a chance to see what drove his decision to confess his sins and try to help Rick and his friends, it’s hard to know where he’s coming from these days. Father Gabriel could be an interesting and valuable character if we had a better understanding of what drives him. Instead, he feels like an unstable force, and one that it’s hard to care about at all.

Lori Grimes was, in many ways, the most universally loathed character in The Walking Dead‘s early years. In some sense, the hatred was unjustified — after all, she didn’t know Rick was alive when she started sleeping with Shane. And she made the ultimate sacrifice just to give her unborn child the chance to live. Still, most of the decisions Lori made were completely incomprehensible.

She had an innate inability to lose track of her son, Carl, and didn’t seem to try particularly hard to handle the complicated situation that arose between herself, her husband, and his best friend. Lori was the rare character who seemed to make things worse every time she got involved, which bogged down the series’ narrative.

Ultimately, her penchant for making terrible decisions and then defensively lashing out at anyone who called her out made her exceedingly unsympathetic.

The Walking Dead has a lot of characters, and it would be nearly impossible for the series’ creators to fully develop them all. Still, when it came to the prisoners that Rick and Co. encountered at the beginning of Season 3, the writers left a lot to be desired. Tomas, the prison group’s defacto leader, was perhaps the most frustrating of them all.

That’s largely because his confrontation with Rick more or less amounted to a juvenile battle of wills. He was stubborn, rude, and unnecessarily hateful toward the people that more or less offered them at a chance at life. And he ended up getting himself and his friend killed, simply because he was unwilling to negotiate. 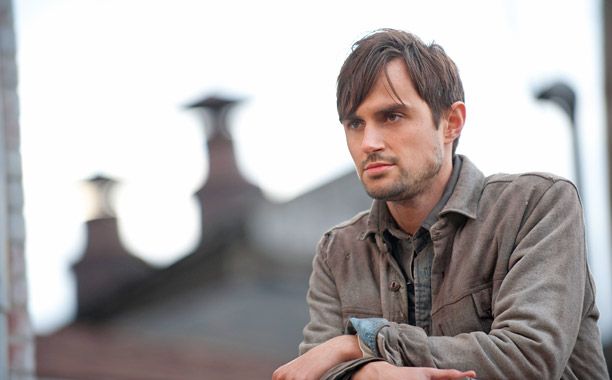 The Walking Dead fans have learned that there are many ways to survive a zombie apocalypse, and very few of them involve keeping both your sanity and your humanity entirely intact. Of course, when it came to Gareth and his crew at Terminus, it seemed like they weren’t even trying on that front. Gareth seemed like he could be a compelling, interesting character at first. Unfortunately, he quickly took a turn into the over-the-top villain category.

His cartoonish glee at eating Bob’s limb was odd, to say the least. His obsessive need to hunt down Rick and his friends was even stranger, though. Since it was hard to understand why, exactly, he was acting so erratically, it was hard to really get invested in his character. It was pretty cool to watch Rick take him down, though.

Fans of The Walking Dead comics were probably extremely excited when Laurie Holden was cast as Andrea. That’s because, in her original incarnation, the lawyer-turned-survivor is one of the coolest characters the series has ever seen. Unfortunately, that wasn’t the case at all for AMC’s version of Andrea.

In short, she ended up being the opposite of her comic book counterpart: waffle-y, whiny, and unable to take a stand when it really counts. She shacked up with Shane and the Governor, both of whom were actively trying to kill her friends and allies. At times, it seemed like she was purposely working against her own best interests. Andrea’s decisions made it hard to feel sympathy for her.

But in the end, what really made her one of The Walking Dead‘s worst characters was how poorly she lived up to her potential.

Some fans may have felt bad for the folks in Alexandria, at least for a little while. When we first met them, they were living an idyllic existence, seemingly immune to the horrors of the apocalypse. Then, they had to deal with the harsh reality that he was no longer safe. Some characters, like Aaron, handled that reality better than others.

Spencer Monroe, perhaps, handled it the worst, though. Yes, he was grieving the loss of his entire family. But his approach to surviving both the zombies around the safe zone and Negan’s wrath basically amounted to just throwing Rick under the bus. His arrogance was never justified, his attempts to help protect Alexandria almost always backfired.

In short, Spencer split his time on The Walking Dead between being a serious problem and being a complete jerk.

If any standard theme about leadership has emerged in The Walking Dead‘s seven seasons, it’s this: leadership in the apocalypse isn’t all its cracked up to be. Still, some have mastered it better than others. And the one who’s done maybe the worst job at it so far is the Gregory.

There are a lot of reasons to dislike the Hilltop’s leader. His approach to governing is fairweather at best. He seems content to let Negan walk all over him and his people. He seems to have very little respect for women, or anyone who disagrees with him. It begs the question why he’s even still the leader in the first place.

If fans loved to hate a villain like the Governor, or even Negan, they probably hate to have to spend so much time with Gregory on their TV screens.

In some ways, Pete Anderson took a page right out of the Ed Pelletier playbook. Except, in his case, he was able to beat his wife and kids under his own roof in Alexandria, rather than in a tent on the side of the road. There was something extra insidious about Pete’s methods of managing his household. For one, Ed never pretended to be a nice guy — Pete did.

But Pete wasn’t quite as smooth as he thought he was. And when his attempts at covering up his domestic violence habits blew up in his face, he turned his rage on others. It was sad that poor Reg had to die, and in such a brutal fashion, just because Pete didn’t like having his power taken away. But it was actually a relief when Deanna finally gave Rick the go ahead to just get rid of the guy.

Ed in The Walking Dead | AMC

Here’s a comprehensive list of things that Ed Pelletier had going for him: an adorable daughter, Sophia; a loving wife, Carol; and a group of people willing to look after his family. The fact that he abused Carol and Sophia, and was a surly jerk to Rick, Shane and the rest of the group, just made him that much more awful.

Really, as a human being, and a Walking Dead character, he really had no redeeming qualities. It’s a credit to the series that they never tried to garner any sympathy for a character as despicable as Ed. Even though he only lasted a few episodes, it was a relief to see him go — and downright therapeutic to watch Carol desecrate his walker-chomped remains.

There’s no denying that Negan is one of the most consequential characters The Walking Dead has ever seen. The series changed profoundly since he came on board in the final moments of Season 6. His unique brand of potty-mouthed, abusive leadership has altered the way that Rick and his allies live their lives. But just because he’s important doesn’t mean he’s earned the reverence the series has given him.

Negan isn’t as brilliant as he thinks he is. Some fans might argue, he’s not nearly as likeable as the series’ creators think he is, either. Thus far, we’ve seen a lot of evidence of his bad behavior, but little motivation for why. So, though he’s truly unforgettable, he’s not a very well developed character in any sense.

That makes him unique to most other major TWD villains, and not in a good way. For Negan to truly join the ranks of great characters, he’s going to need to do more than swing Lucille around and wisecrack.