7 of the Worst Holiday TV Specials of All Time 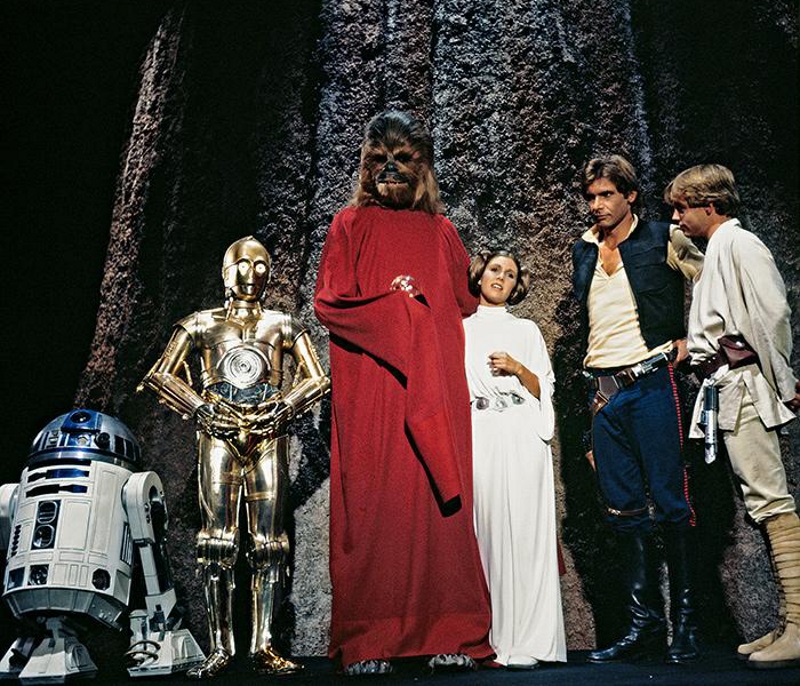 By most accounts, Christmas is a wonderful time of year, but the Scrooges of the world are right about one thing: The holiday has been commercialized to death. And not just by the retail stores selling Black Friday merchandise, but by the TV networks and film studios who use the holiday as a cheap, emotional plugin for some of their most tired entertainment. Hundreds of bad movies and TV shows have been made in the name of Christmas spirit, and many of them even recycle the same plots, none more so than the one that started with Scrooge in Charles Dickens’s A Christmas Carol.

To embrace Christmas and all the consumerism that comes with it, let’s look back at some of the worst holiday specials ever shown on television, starting with the most notorious of all.

2. Grandma Got Run Over by a Reindeer

Apparently every Christmas song with a discernible plot deserves an animated special, which is why we have Grandma Got Run Over by a Reindeer, a 2000 cartoon based on Elmo & Patsy’s novelty hit of the same name. The cheap-looking special turns the hilariously tragic plot of the song into a convoluted kidnapping scenario involving a gold-digging and strangely sexualized, cousin Mel (remember, from that one line in the song?) and lots of new songs that exist only to pad the runtime.

3. TMNT: We Wish You a Turtle Christmas

No cartoon property was marketed to death more than the Teenage Mutant Ninja Turtles, so We Wish You a Turtle Christmas exists as one of many low points for the Turtles. The special features a lot of obnoxious music videos sung by poorly lip-synced animatronic turtles who speak in vaguely Jamaican accents and rap about gift wrapping. It’s about the Turtles buying their master Splinter a Christmas gift at the last minute, but most of the bland special is just killing time.

It doesn’t get more commercialized than this — a Christmas special on a TV show created exclusively to sell Pac-Man toys and video games to children. The Pac-Man series was always a dire Saturday morning cartoon, and the special about Pac and friends (and even the ghosts!) uniting to help Santa Claus repair his sleigh and save Christmas is pretty much par-for-the-course mediocrity. It doesn’t help that it looks like Hanna-Barbera recycled the animation on Santa and his reindeer from another cartoon.

Nestor the Long-Eared Christmas Donkey sounds like what it is — a Rudolph the Red-Nosed Reindeer ripoff, this one concerning a donkey social outcast who eventually rises to the holiday-themed occasion by leading Mary and Joseph through a sand storm to give birth to Jesus. It’s an overtly religious Christmas special ripoff, featuring the same narrated Rankin-Bass stop-motion fable, only this time a little more ridiculous because it’s all coming from, ahem, Santa’s donkey.

6. The Year Without a Santa Claus

The 1974 The Year Without a Santa Claus is one of Rankin-Bass’s better holiday offerings, but the 2006 live action remake reeks of unnecessary cash-in through and through. The plot is identical to the original, only a lot more awkward, as it’s played by real actors (even capable ones like John Goodman, Ethan Suplee, Michael McKean, and Eddie Griffin) trying to take this thing seriously. The special also features a new subplot about an obnoxious elf played by Chris Kattan who is trying to modernize Santa’s operation.

Yogi Bear and friends turn up to help Casper celebrate his very first Christmas! Why? Because Hanna-Barbera crossovers didn’t have to make sense, that’s why. This TV movie featuring two of their more popular ’70s toons always feels like it’s just hitting a series of pre-established holiday beats, including Christmas decorations, forgettable songs, an appearance by a recycled-animation Santa, and the disparate cartoon characters coming together to celebrate a Merry Christmas. How, you ask? Why, I thought we already covered this.