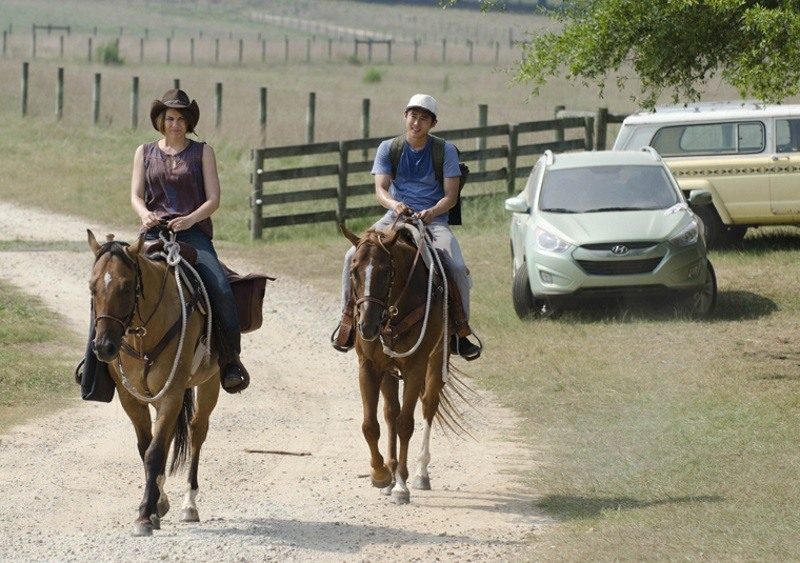 Once upon a time, it was easy to tell what was an advertisement and what wasn’t. Radio and television shows might have been sponsored by a product, but rarely did the characters of a radio show stop suddenly to extol the virtues of the product in the middle of the action.

Product placement removes the barrier between ads and entertainment by putting the sponsored product right into the program, so the characters can casually mention the brand or turn the product toward the camera so the viewers will hopefully be enticed to buy it. Often, this form of advertising is hardly noticeable, or at least easy enough to overlook. In other cases, the product placement is so blatant it nullifies of all suspension of disbelief. Here are some of the worst cases in television history.

This blatant product placement from the series Smallville is mercifully short but still manages to be painful, primarily because it ends with a brand tagline that couldn’t possibly sound any more rehearsed and wooden: “Acuvue to the rescue!” And also, when did contact lenses become a product that required advertising?

People don’t say the brand name of products that often in real life, let alone when they’re talking about their phone service providers. That doesn’t matter on Shark Tank, a sellout reality series that’s made a habit of highlighting rarely used features available on all T-Mobile devices. They even had the show’s hosts awkwardly fist-bump to affirm their undying brand loyalty.

I don’t even know what to say about this one. It might be the worst I’ve ever seen. Every line for a straight minute sounds as though the actors were mandated to say them by Subway — though I’m betting the company regrets the mention of Jared in light of recent scandals surrounding their ex-spokesperson.

It’s one thing to show a product’s logo onscreen for a few seconds, but to have the characters talk about and explore the features of a product crosses the threshold into truly cringe-worthy product placement. The Microsoft Surface gets exactly that treatment in the above clip from 90210 — wait, it even has email? Wow!

5. Hyundai on The Walking Dead

This one wouldn’t be quite so obvious if it wasn’t repeatedly featured in episode after episode of AMC’s popular zombie apocalypse series. The protagonist, Rick drives a Hyundai Tucson, which has the miraculous ability to stay spotless even as everything else in the surrounding wasteland becomes covered with dirt, mud, and blood. I guess Hyundais are just so well-designed that they’re immune to dirt.

30 Rock was aware of itself enough to poke fun at its own contractual obligations even as it fulfilled them. One of their most meta moments came when the characters interrupted a pitch meeting wherein they were complaining about the evils of forced product placement to discuss the great, low-calorie taste of Diet Snapple. Tina Fey and the rest of the 30 Rock writing staff prove that even if you have to sell out, you can at least make a joke out of it.

7. Ziplock on The Biggest Loser

Weight loss reality competition series The Biggest Loser uses portion size as a flimsy excuse for this excruciating plug for Ziplock’s tupperware containers. The problem is, there’s not much you can say about a tupperware container. The host and contestants simply go on and on about the health benefits of a container that’s, “perfect for a 100 calorie snack.”

8. Cheerios on Days of Our Lives

Soap operas have never been bastions of good writing, but this plug for General Mills’s Cheerios seems especially lazy, even by Days of Our Lives standards. It almost feels as if the actors are just improvising their own horrible commercial, awkwardly dropping in lines about how Cheerios have “only one gram of sugar,” and that, somehow “they make you want to study.”

The History channel, in their ongoing quest to eliminate any of their remaining credibility, airs a show called American Pickers about a pair of guys traveling around the nation purchasing antiques and collectibles. In one episode, the flimsy reality series took a break to plug Subway — evidently the king of unsubtle product placements — simply by visiting a location and loudly proclaiming their orders.

Hawaii Five-O‘s reputation as the king of conspicuous product placement is well-earned. This episode treats Bing as though it’s as ubiquitous as Google, which just makes it seem like the characters exist in a strange parallel universe — especially when one character says, for no clear reason, “remember, the best phone operation is one that does legit business.”