The Worst Reality TV Show Spinoffs That No One Asked For

Most of us have a love-hate relationship with reality TV. On one hand, we know it’s not always the smartest programming, but on the other, it can be a lot of fun to see how other people live their lives (however “real” it may or may not be).

Reality TV is so big these days that when a show is really well-liked, it almost always leads to a spin-off. But like with any show, magic can’t always be recreated. Here are some of the worst reality shows that came from other popular series.

Queer Eye for the Straight Girl 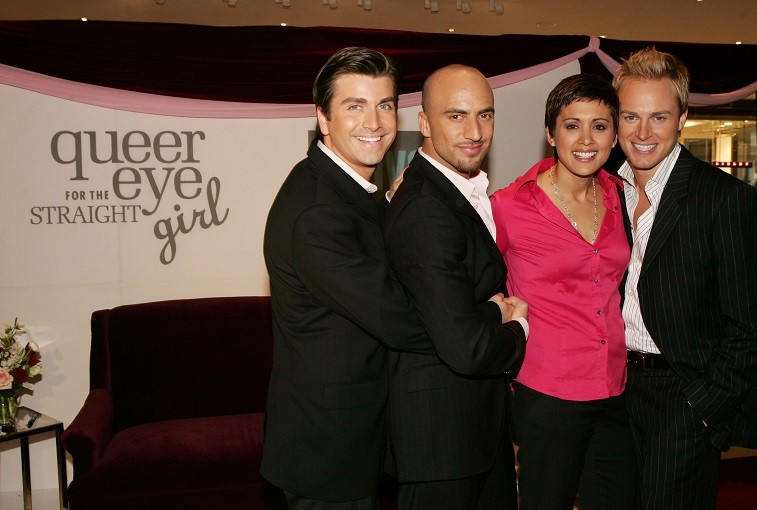 It’s a time of early ‘00s revivals, and Queer Eye is back in the conversation, with the first new season of the show in 10 years headed to Netflix. It seems as though the premise will be the same: The Fab Five come in and perform a full life and style makeover on a less-than-desirable straight male.

Next: The MTV series has become a staple for the network.

16 and Pregnant was a strange entry in the reality TV landscape. MTV’s programming had always been fairly young adult-centered. But it seemed like they were reaching for a teenage audience with the series, which featured one-off episodes highlighting a different teenager in the late days of her pregnancy through the beginnings of motherhood, and all of the drama that comes in between.

From the success of 16 and Pregnant came Teen Mom, which focused on some of the most loved (or hated) of the moms from the original as they continued to parent. Now arguably more popular than the original, what was once a warning against teen pregnancy became a glorification of the lives of several young women who make money letting cameras into their homes for months at a time.

Next: A singing competition show with a scripted twist

Unlike the other shows on this list, The Glee Project spawned from a scripted series, the musical comedy, Glee, on Fox. The premise of the show was that young performers compete for a guest role on Glee by showing that they could adapt popular songs, dance in music videos, and take direction from big-name celebrities.

Running for two seasons on Oxygen, the series did what it said it would: All of the winners (and a few of the runner-ups) earned multi-episode arcs on Glee. But The Glee Project wasn’t a hit, and it ended after two seasons.

Next: These “guidettes” didn’t make the show they originally planned.

The MTV reality show Jersey Shore wasn’t just a six-season series — it was a cultural phenomenon. In the style of Real World, the show brought together a group of strangers to work and live (but mostly party) and see what kind of drama this led to. Despite their terrible reputations, the guidos and guidettes became people we loved to hate.

When cast members and best friends Nicole “Snooki” Polizzi and Jenny “JWoww” Farley got their own spinoff, everyone assumed it would be more of the same. This probably would have been true, but then Polizzi got pregnant, and the focus shifted to a pair of pals who were settling down. Talk about a deviation from the original.

Next: This reality TV family has built an empire.

An E! reality show following two married pseudo-celebrities and their many offspring didn’t necessarily sound like a hit 10 years ago. But the long-running series, Keeping Up With the Kardashians (now sans Caitlyn), has become a staple in popular culture, with its stars always featured in the latest tabloid gossip.

Next: It turns out not everyone wants politics in their entertainment.

The Real Housewives of D.C.

The Real Housewives franchise is another staple on Bravo. Spawning from the original Orange County first season in 2006, it has taken off, covering wealthy housewives drinking wine and yelling in cities across the nation — and the world.

But not every installment could be a hit. After just one season, The Real Housewives of D.C. was canceled, allegedly due to the presence of Michaele Salahi, who’s best known for once crashing a White House state dinner with her then-husband. Apparently, people weren’t interested in the actual political side of the show .

Next: This “crazy” family took to reality TV quickly.

Toddlers & Tiaras, a TLC reality series about the families of children who compete in beauty pageants, introduced audiences to plenty of crazy characters. But few got more attention than the Shannon-Thompson family, especially six-year-old contestant Alana, better known as Honey Boo Boo.

Thus Here Comes Honey Boo Boo was born, only to be canceled abruptly after four seasons when rumors spread that her mother, Mama June, was dating a registered sex offender. The “lost episodes” aired in 2017.

Next: A spinoff that lacked the intrigue of the original’s premise.

If you think American reality TV is crazy, take a peek at what the Brits have to offer. Wife Swap, originally a U.K. program, was such a hit that it spawned a U.S. adaptation, a celebrity version, and another very strange spinoff: Boss Swap.

As ludicrous (and at least a little offensive) the idea of Wife Swap is, it had intrigue. Boss Swap, on the other hand, literally just has two people trying to do each other’s jobs.

Given the not exactly riveting premise, it’s unsurprising that this experiment lasted only three episodes. The early ‘00s were definitely a different time.

Next: Sometimes rebranding is the only way out of a public scandal.

The world was fascinated when the Duggars first appeared on TV screens in 17 Kids and Counting almost a decade ago. But as the family expanded (and the title changed), so did the possibility that something would go wrong — and it did.

In 2015, the series abruptly ceased production and was subsequently canceled after the disturbing sexual molestation claims against eldest son Josh became public. But the demand for the Duggars continued, and so TLC simply created a spinoff, Counting On, which is essentially the same show, just sans Josh.

Next: Recovery isn’t easy — especially when it’s done in the public eye.

The world’s fascination with celebrities cannot be satiated, it would seem. Dr. Drew, a “doctor to the stars” and an addiction specialist, capitalized on this with Celebrity Rehab with Dr. Drew, where he counseled a group of semi-famous names in order to help them overcome their addictions.

Pinsky and co. took this one step further with Sober House — basically Big Brother, but (obviously) without all of the drugs and alcohol. Ultimately, the show was canceled after two seasons because, as the doc explained, “the needs of television and the needs of treatment do not mix well.”

Next: It’s not just about love anymore for this reality franchise.

We all know that The Bachelor and Bachelorette are really just an excuse for the contestants to get their time in the spotlight, but at least it’s hidden under the guise of finding love (which has even happened, occasionally). However, the franchise, like so many others, chose to capitalize on its name and create another show, Bachelor Pad.

Bachelor Pad was an elimination show featuring former Bachelor contestants, competing for a monetary prize. It only lasted three seasons but was essentially reborn in the form of Bachelor in Paradise (only with a fancier locale).

Next: This spinoff wasn’t a favorite of the 45th president of the U.S.

As the show that first gave Donald Trump a taste of TV fame, the creators of The Apprentice should already feel guilty. But the series itself was regrettably compelling, as it followed teams of burgeoning business minds competing to make their dreams a reality.

Maybe because Trump wasn’t everyone’s favorite person, or maybe just because they could, a spinoff, The Apprentice: Martha Stewart, aired for one season before it was canceled. And in true Trump fashion, the current president of the U.S. claimed that Stewart’s version affected his own ratings.

Next: This spinoff actually came from two of MTV’s original reality hits.

In the ‘90s, MTV essentially became the founding network of reality TV. Real World, where a group of strangers lived in a house and worked together for several months, and Road Rules, in which people had to work together to complete challenges while traveling, were its original hits, and so it only seemed logical to … combine them?

While there definitely wasn’t anyone asking for The Challenge, a lot of people seem to love it when cast members from the two shows break into teams and compete in strange and often dangerous trials. With 30 seasons in the can, this series might never end.

Next: This series came nowhere close to its predecessor, but it did manage to produce one major star.

The more you think about it, the more everything in the reality TV world is a ripoff of something else. American Juniors was a spinoff of the original American Idol, which itself was just the U.S. version of the U.K.’s Pop Idol (which later was replaced by The X-Factor, which also became an American show …).

The spinoff was, simply enough, the same as its predecessor, only with younger contestants (including future Pretty Little Liars star Lucy Hale). However, it couldn’t emulate the formula and never got a second season.

Next: VH1 really enjoyed giving its pseudo-celebrities their own spinoffs.

Strange Love and My Fair Brady

The Surreal Life was another strange experiment of MTV’s, in which former celebrities lived together in a mansion and tried to get back some of their past fame. While the series only lasted six seasons, it created quite a few spinoffs (and spinoffs of spinoffs) for its participants.

Read more: ‘Flip or Flop’ and More Popular TV Shows That Were Ruined by Their Own Stars