10 of the Worst Sci-Fi Movie Sequels Ever Made

Hollywood has a history of churning out sci-fi sequels that have been received more poorly than their predecessors, and the biggest reason might be the simplest: It’s a difficult genre to do well in. That isn’t to say good sequels are any easier in other genres, but the sci-fi genre is a unique beast that doesn’t seem to do well when pressed for release. To give you a sense of how easily it can go wrong, here are 10 of the worst sci-fi sequels that have ever been made. 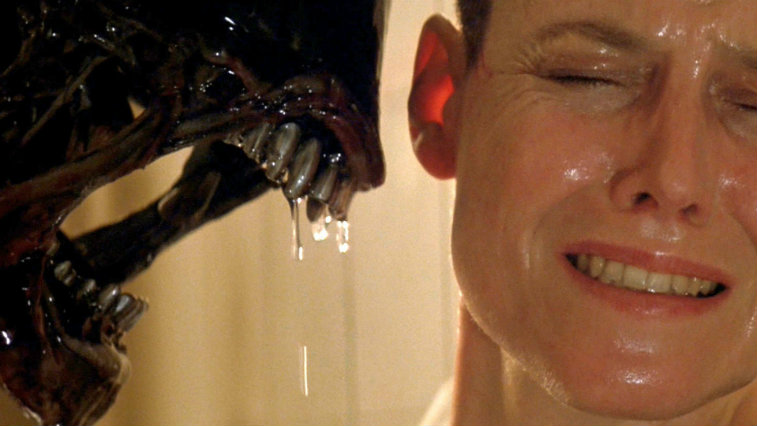 Starting off the list is Alien 3 — a film littered with so many production problems that the sheer fact it’s semi-watchable is a miracle. Following not one, but two sci-fi classics — the horror-based Alien and the action-based Aliens — Alien 3 had quite a mountain to climb in order to carve out its own legacy. The film catches up with Ellen Ripley (Sigourney Weaver) after the events of Aliens when her ship crashes on a refinery planet manned by a penal colony. But with an alien organism on board, Ripley soon finds herself fighting for survival in a hostile environment with no weapons.

While the film’s story had potential, and the film represented the directorial debut of the uber-talented David Fincher, Alien 3 was beset by production issues that have become the stuff of legend. From a script that wasn’t totally completed as filming started to a studio that micromanaged Fincher’s directing on a day-by-day basis, Alien 3 simply never had a chance. It also didn’t help that the film began with the unceremonious deaths of two of the previous film’s most popular characters — Newt and Hicks — while the story itself seemed to be a schizophrenic mix of horror and action that had worked separately for the previous two films.

The end result was a film that underperformed at the box office while receiving polarizing reviews from critics. Fincher would later disown the film before the editing process had even begun and although a revised edit of the film dubbed the “Assembly Cut” was definitely an improvement over the theatrical cut, the disappointment still feels strong given its promise and the two films that came before. 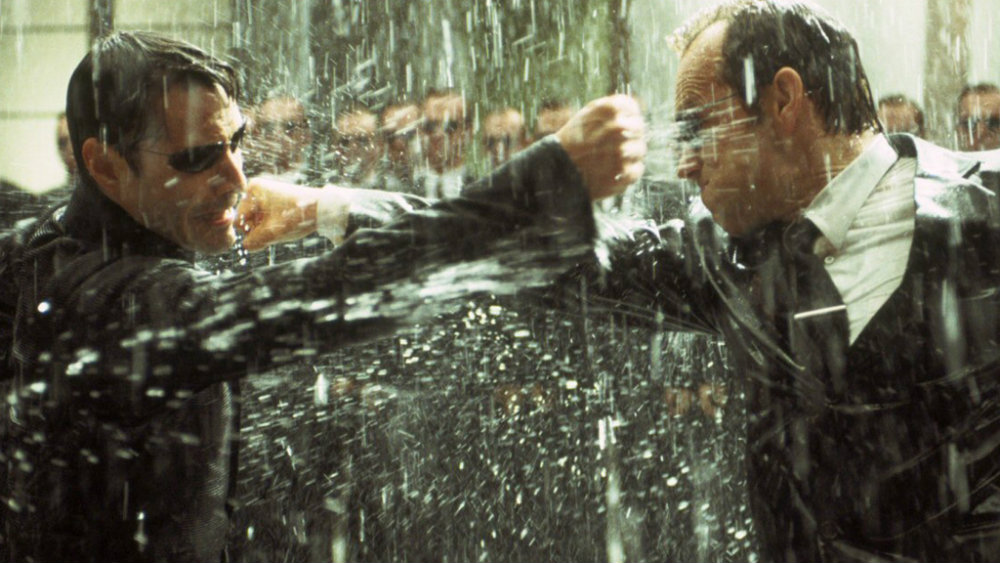 When The Matrix exploded onto the scene in 1999 to become an overnight sci-fi classic, excitement began to grow when it was learned that Lana and Lilly Wachowski were working on not one, but two sequels to form a trilogy. Depending on who you ask, the second film in the trilogy — The Matrix Reloaded — is an adequate sequel that doesn’t necessarily live up to the original, but the final film in the series is where everything goes off the rails. With the film’s popular sci-fi action taking a backseat to philosophical discourse, the film simply doesn’t give viewers a satisfying conclusion to Neo’s story. To make matters worse, the film spends a lot of its time on the events happening outside the Matrix — which is kind of what everyone loved about the films in the first place.

The Fly II arrived three years after the original film and displays many of the issues that often make sequels feel like cash grabs. Without the involvement of body-horror maestro David Cronenberg or any of the actors from the original film, The Fly II follows Martin Brundle (Eric Stoltz), the son of the first film’s main character Seth Brundle (Jeff Goldblum), as he learns about his father and the genetic condition that he has inherited. Directed by Chris Walas who was responsible for the award-winning effects in the first film, The Fly II strays from the first film’s surprisingly affecting love story instead focusing on a more conventional horror story with heightened gore.

Alien vs. Predator is notable for signaling the low point of two storied sci-fi franchises in one fell swoop — something that is hard to believe considering films like Predator 2 and Alien: Resurrection exist. The crossover concept has its origin in a 1989 comic book and has since been a popular approach in other formats, but the Alien vs. Predator film is a film with all the familiar special effects and none of the accompanying elements that made previous films great. So while the film frustratingly looks like an Alien or Predator film, it has none of the tension, action, or scares that made the two franchises legends.

6. Terminator 3: Rise of the Machines

By now we all know to expect mediocrity from the Terminator franchise, but when Terminator 3: Rise of the Machines was announced there was still a lot of hope that the series would return to greatness. How wrong we were. While the subsequent films in the series are probably worse, Terminator 3 was the film that made it clear that, even with Arnold Schwarzenegger’s continued involvement, the franchise was lost without creator James Cameron. There’s also the fact that Terminator 3 essentially renders Terminator 2: Judgement Day meaningless, which is the film that Cameron felt completed the series.

Star Trek V: The Final Frontier is the worst reviewed film in the entire Star Trek franchise, and it’s probably no coincidence that it’s the only film to be directed by William Shatner, who also provided portions of the story. Of the many things that went horribly for the fifth film in the franchise, a muddled story and awful special effects (especially compared to the previous films) are generally pointed to as its worst offenses. After the film’s release, several of the film’s actors — including Shatner — even believed that it would end the film series.

You know things are bad when RoboCop 2 is remembered fondly because of how terrible RoboCop 3 is. With the first film’s director Paul Verhoeven long gone as well as the sequel’s Irvin Kershner, RoboCop 3 brings in cult-horror director Fred Dekker with a script by Frank Miller and Dekker. But the film’s decreased budget and PG-13 rating do nothing to help a sci-fi action series that didn’t really have that much juice left in the first place. Not only did the film bomb at the box office, making back less than half of its budget, but it effectively ended the film franchise before it was revived over 20 years later in the 2014 reboot.

While Superman IV: The Quest For Peace is unquestionably the low point in the Superman franchise, Superman III deserves the spot on this list because of its steep decline in quality from the previous film and its role in causing Superman IV to exist. With director Richard Donner gone from the series, the torch was passed to Richard Lester (who had actually taken over Superman II from Donner) who pushed the third film in the series into the the realm of camp and comedy with the casting of Richard Pryor. Although the film’s strong special effects remained, the story was overtaken by a barrage of slapstick and over-the-top comedy that make Superman III feel like an entirely different film than its predecessors.

The original Highlander introduces the story of an ancient battle between immortal warriors that plays out in both the past and present. Not only did the film become a cult hit, it also launched an entire Highlander franchise that continues on to this day — a fact that’s pretty incredible considering that Highlander II: The Quickening might be among the worst films ever made. With an impressively terrible 0% on Rotten Tomatoes, Roger Ebert called the film, “the most hilariously incomprehensible movie I’ve seen in many a long day – a movie almost awesome in its badness.” He added, “Wherever science fiction fans gather, in decades and generations to come, this film will be remembered in hushed tones as one of the immortal low points of the genre.” 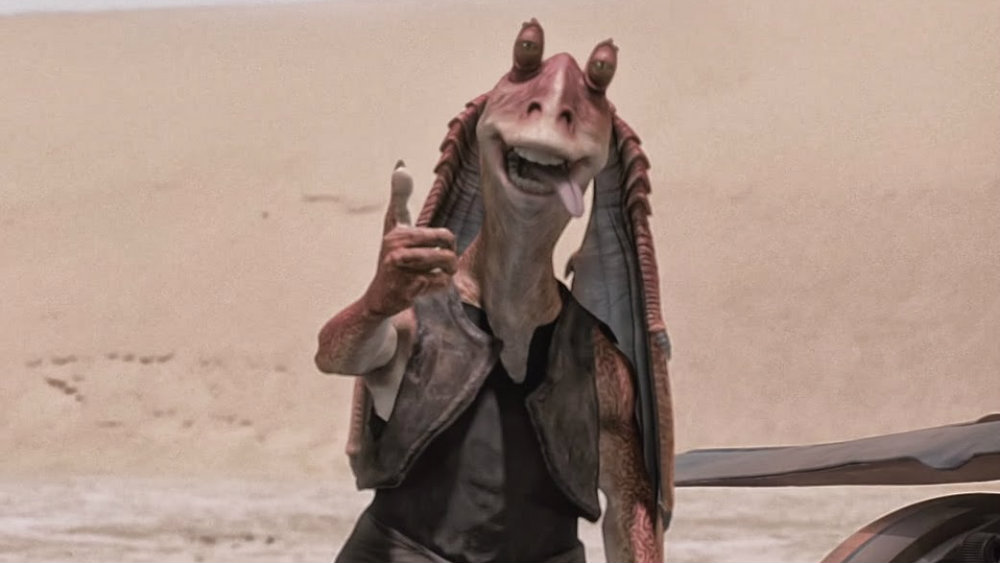 Is Star Wars: Episode I — The Phantom Menace objectively the worst sequel (or in this case, prequel) in the entire sci-fi genre? Probably not, although there are plenty of people who would gladly take up the argument that this film or the next one, Attack of the Clones, actually are deserving of the title. However, the reason The Phantom Menace deserves a place at the top of this list is because of how much excitement and anticipation the film’s release generated, and how horribly it failed to meet them.

Not only did The Phantom Menace fail to live up to the admittedly lofty standards of the original Star Wars trilogy, but its declining reputation in the decades since seems to show that fans and critics alike were probably less harsh in their reception of them than they should have been. Because let’s face it — who wanted to admit that the Star Wars prequels were terrible when we had waited so long for them? If Star Wars continues its ascent at Disney over the next several decades, don’t be surprised if Episodes I, II, and III are seen as some of the biggest disappointments in film history. They might already be.