Would the Oscars Without a Host Be a Disaster? It Was in 1989.

So Kevin Hart is out and no one else (besides George Wallace) wants to host the 2019 Oscars. Maybe everything will be fine and the Academy will deliver a low-maintenance, no-drama broadcast that focuses on the great films of the year. But maybe not.

With a minimal amount of searching, you can see what happened the last time the Academy tried the no-host approach. The year was 1989, and the Academy was still sulking after Chevy Chase, the host in ’88, opened the prior year’s show with a few shots at the crowd (“Hollywood phonies,” in Chase’s estimation).

So the Academy tried something totally different: no host, but with lots of clumsy performances by amateur dancers and singers. Judging by the response from some of cinema’s finest actors, the broadcast didn’t go over well. The group, which included Paul Newman and Gregory Peck, published a letter calling the ’89 Oscars “an embarrassment to both the Academy and the entire motion picture industry.”

In fact, between Rob Lowe’s duet with Snow White and Corey Feldman’s dancing, it’s become known as the worst Oscars in history. Here’s a look back at the ugly, no-host Oscars the Academy won’t want to reboot.

The night Snow White got sued

What if, in place of a host, you opened with an actress doing a grating, squeaky performance as Snow White? The ’89 Oscars did exactly that. “Snow” kicked things off by imploring the crowd to “follow the Hollywood stars,” which danced onto the stage in Mummers Parade-quality costumes.

Snow White continued by squealing her way through the crowd, much to the horror of Robin Williams, Kevin Kline, and others. (Warren Beatty in particular looked ready to die.) Then she began singing. To put it charitably, William Shatner would have been a better choice, given the half-spoken horror that came out of Snow White’s mouth. (Disney, which hadn’t been asked for permission to use the character, sued the Academy soon after.)

Just when you thought it couldn’t get any worse — and they were only two minutes into the show — a furious Latin beat came pulsing from the orchestra pit. Snow White shimmied off-stage; bad salsa dancing happened; and Merv Griffin promptly made a fool of himself.

The great Cyd Charisse appeared briefly and looked ready to salvage things but got hustled off the stage seconds later. Merv got back on the mic and introduced the most embarrassing thing we’ve seen at the Oscars. 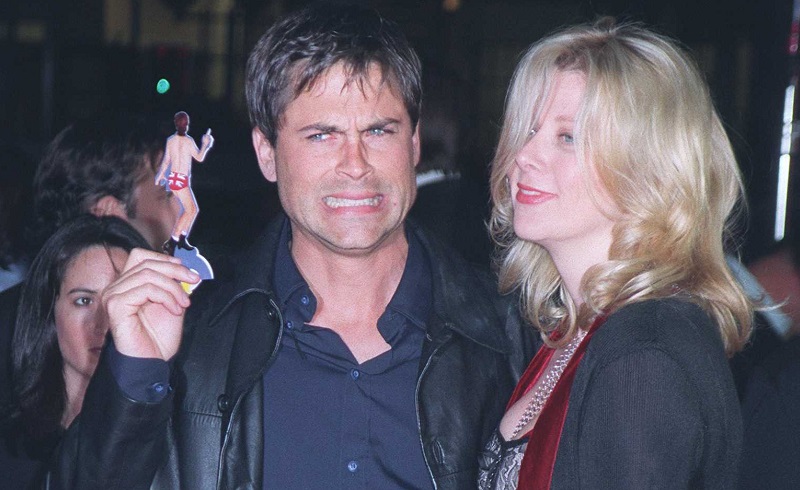 After that introduction, the audience witnessed a cringe-worthy rendition of Creedence’s “Proud Mary” sung by Lowe and Snow. Now, most people bash this performance for the awful singing and worse stage theatrics. And they have every right to do so.

But let’s circle back to the reason why Kevin Hart won’t be hosting the Oscars in 2019. Hart had posted homophobic tweets online in the past and faced a justified backlash from the LGBT community. After the Academy offered him the chance to make it right, Hart refused, prompting the current impasse.

Back in March of ’89, Rob Lowe appeared to amble onto the Oscars set as another attractive, up-and-coming actor. But at the time, a real-life (i.e., not-online) sex scandal was weeks away from making him infamous for the second time that year. The prior summer, Lowe had brought two women (one turned out to be underage) to a hotel where he had sex with them while a member of the group filmed the encounter.

The day after the ’89 Oscars, Lowe’s lawyer filed a motion asking to get a look at the sex tape that was about to make the rounds across America. Obviously, if the Academy had done any vetting of its opening act, it would have discovered Lowe was the last person who should drop a duet with Snow White.

Given the debacle that was the 1989 Academy Awards, this year’s show will have a hard time putting on something worse. But it’s definitely a possibility. Is everyone certain Billy Crystal (or Hugh Jackman or Steve Martin) can’t do it?