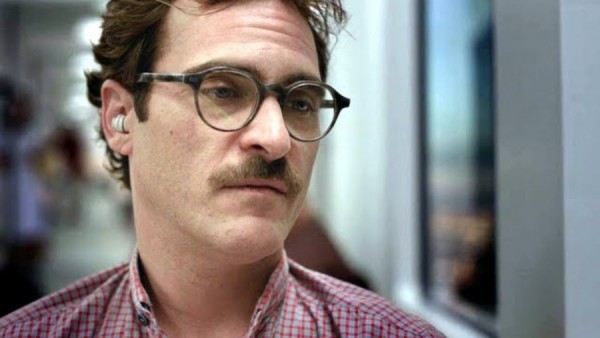 The Writer’s Guild of America has announced its winners for the best screenplays of the year, with Captain Phillips and Her taking top honors for best adapted screenplay and best original screenplay, respectively.

Spike Jonze took home the best original screenplay award for his futuristic love story Her, starring Joaquin Phoenix as a recently divorced man who falls in love with his computer’s operating system, voiced by Scarlett Johansson. Jonze’s Her beat out the screenplays for other Oscar-nominated films: Blue Jasmine, American Hustle, Dallas Buyers Club, and Nebraska.

“It’s a high honor coming from writers,” Jonze said in his acceptance speech, per Variety. “In a way this is like an award for pain. A specific pain that writers know. The highs and lows of sitting there by yourself. I thank you guys for that.”

Billy Ray won for the screenplay of the Tom Hanks-led Captain Phillips, which was adapted from the book A Captain’s Duty: Somali Pirates, Navy SEALS, and Dangerous Days at Sea by Richard Phillips (the real-life Captain Phillips) with Stephan Talty. The story focuses on the captain of a ship that’s overtaken by Somalian pirates. Ray’s screenplay beat out August: Osage County, Before Midnight, Lone Survivor, and The Wolf of Wall Street.

“I owe quite a debt to Captain Richard Phillips, who survived something that probably would have killed me,” Ray said in his acceptance speech, according to Variety.

With the Oscars just a month away, film buffs are looking at which movies have won other industry awards this season to help put together their Oscar rosters. The nominees for best original screenplay include Her, Bob Nelson’s Nebraska, Craig Borten and Melisa Wallack’s Dallas Buyers Club, Woody Allen’s Blue Jasmine, and Eric Warren Singer and David O. Russell’s American Hustle.