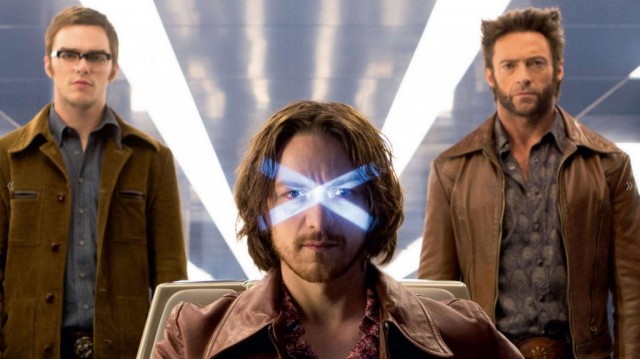 Up until mid-September, fans of the X-Men series have been largely left in the dark about the next installment in the franchise, X-Men: Apocalypse. With director Bryan Singer now officially on board to helm the highly anticipated flick, new plot details are finally being released—including confirmation on three major characters that will be resurfacing in the upcoming movie.

Earlier this month, Deadline confirmed that Fox had officially brought Singer back to direct his fourth installment in the X-men series, despite the legal problems he’s been battling over the past year. Having kicked off the franchise with the very first two films and then returned to helm this year’s hugely successful Days of Future Past, Singer’s participation in the project has been widely assumed since the beginning. He announced the title of the upcoming movie, as well as its release date, back in December and even teased the script early this past summer. But a deal wasn’t officially signed until September, after the sexual abuse accusation charges brought against Singer in a high-profile scandal were officially dropped.

With Singer in place, the public is once again shifting focus to the upcoming movie’s potential plot line. Many viewers are still confused about what the future of the franchise will entail post-Singer’s Days of Future Past. The flick ended up earning more than any other X-Men movie in history, but it also left many fans scratching their heads over where exactly things stand after so much time-hopping. Though we’ve still only heard minimal details about X-Men: Apocalypse’s storyline, it was recently revealed that the movie will feature the return of three favorite heroes.

As previously announced, X-Men: Apocalypse will take place in 1973, a decade after Days of Future Past. The movie will largely center around the superhero cast introduced in X-Men: First Class, including James McAvoy’s Professsor X, Michael Fassbender’s Magneto, Jennifer Lawrence’s Mystique, and Nicholas Hoult’s Beast, as well as original cast member Hugh Jackman’s Wolverine. But the newest additions? Per Deadline, the returning cast will also be joined by young versions of Cyclops, Storm, and Jean Grey.

Though Singer hinted at the characters’ return back in spring, nothing was officially confirmed until now. Of course, given that Apocalypse will take place a full twenty years before the first X-Men film, Jean, Cyclops and Storm (originally played by Famke Janssen, James Marsden, and Halle Berry, respectively) will all have to be recast—something that Days of Future Past co-writer Simon Kinberg expressed hesitations about as recently as this month.

“It’d be very hard to do, because Halle, Famke, and Jimmy and others have done such wonderful jobs of bringing those characters to life,” he recently told Yahoo! Movies. “But I also would have said before First Class that there would be no actors who can stand alongside Ian McKellan and Patrick Stewart.”

Despite his doubts, their return actually makes perfect sense, given the movie’s timeline. At the time that Apocalypse takes place, the trio will be in their mid-teens and would likely be attending Professor Xavier’s school alongside their other peers. Plus, the franchise has successfully switched things up once, by recasting already established characters in the well-received First Class film. There’s no reason they can’t pull it off again with the three characters in question.

In addition to appearances from Storm, Cyclops, and Jean, there’s also speculation that the long-rumored Channing Tatum version of Gambit will make a cameo in X-Men: Apocalypse, as an introduction to his character before a solo film. As of now though, that also remains unconfirmed.

With a director in place, there will be plenty more X-Men: Apocalypse information headed our way, so fans should stay tuned. The movie is scheduled to hit theaters on May 27, 2016.