‘X-Men: Apocalypse’: Who Will Play Young Jean Grey and Cyclops? 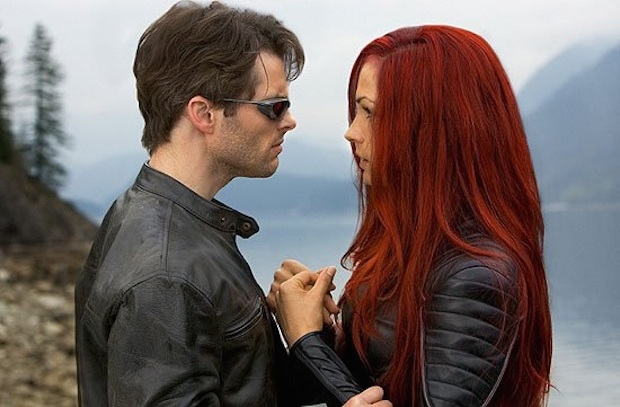 With X-Men: Apocalypse set to head into production next spring, the franchise is now turning its attention to finding actors to take on the roles of the new, younger versions of Jean Grey and Cyclops. Director Bryan Singer and 20th Century Fox are rumored to already have a shortlist of contenders, which reportedly includes some well-known names.

According to The Wrap, the three frontrunners for the part of the young Jean Grey (originally played by Famke Janssen) are Chloe Moretz, Elle Fanning, and Oscar-nominated actress Hailee Steinfeld. Though neither the studio nor the actresses’ representatives have commented, both Fanning and Moretz have already held meetings with Singer regarding the role in recent weeks, although no official offers have been made.

Moretz, Fanning, and Steinfeld have quickly become fixtures on the big screen in recent years and their star power is only growing, thanks to their increasingly wide variety of projects. Mortez, in particular, has had an especially busy year, with leading roles in the indie film Laggies, the YA tearjerker If I Stay, and the Denzel Washington action flick The Equalizer. She’s also booked roles in the highly anticipated upcoming film adaptations of Gillian Flynn’s Dark Places and Rick Yancey’s The Fifth Wave. Fanning also made a splash this past year with her turn in this summer’s smash hit Maleficent and the indies, Low Down and Young Ones. Meanwhile, Steinfield, who first made a name herself with her Oscar-nominated turn in True Grit, starred in 3 Days to Kill and two Toronto Film Festival picks, The Keeping Room and The Homesman. She is also co-starring in next year’s Pitch Perfect 2.

While all three actresses have proven their talent and versatility over the course of their careers, whether or not they can pull off a long time fan favorite role in a major action franchise remains to be seen. Though Fanning is a critical darling and has always had an adept eye for picking the right parts, she generally has her best performances in quieter, subtler roles (which may also be why The Wrap reports “it’s unclear whether Fanning is even pursuing” the part). Steinfeld and Moretz both seem better suited for blockbusters, although it’s worth considering Moretz is already part of the Kick-Ass franchise and is likely headed for another, since The Fifth Wave is part of a trilogy.

At this point, their participation only remains a possibility, but is not yet a done deal. As previously mentioned, no official offers have been made and there are other potential names (including more newcomers) in the mix. Still, as of now, it seems as if both Singer and Fox are aiming to bag a recognized actress for the part of young Jean.

That’s not the case with the part of the new Cyclops (played by James Marsden). Instead of nabbing an established actor to take on the role, Singer is reportedly looking for a fresh face for the part. Among the names mentioned: Ben Hardy, Charlie Rowe and Timothee Chalamet, all of whom are relative newcomers. Hardy is best known for his role on the British soap, EastEnders while Rowe is currently featured on Fox’s medical dramedy Red Band Society, and had a part in last year’s Walking With Dinosaurs 3D. Chalamet is arguably the most well-known, having played Matthew McConaughey’s son in this month’s Interstellar and also previously held parts in Jason Reitman’s movie Men, Women & Children and Showtime’s Homeland. Again, while these three have been named as top contenders, no casting has been confirmed yet.

The plot synopsis for X-Men: Apocalypse has been kept largely under wraps, although we do know it takes place in the early 1980s, and will place a special focus on the relationships between James McAvoy’s Professor Xavier and Michael Fassbender’s Magneto, and Jennifer Lawrence’s Mystique and Nicholas Hoult’s Beast. Hugh Jackman will also reprise his role as Wolverine.