‘X-Men: Dark Phoenix’: The 1 Storyline That Will Leave Us Shook!

With its debut in 2000, X-Men launched the modern superhero film and the era of Marvel Comic-inspired adaptations. After 10 films spread over the course of almost two decades, we’ve come to love and know characters like Logan, Professor X, Mystique, and so many others, who have changed the way that we’ve looked at mutants and how we view one another within our society.

Now, 20th Century Fox is ready to take on one of the most beloved X-Men arcs of all time with X-Men: Dark Phoenix. The film is set to drop Feb. 14, 2019, starring Game of Thrones‘ Sophie Turner as the mutant Jean Grey. Essentially, from what we gathered in X-Men: The Last Stand and X-Men: Apocalypse, Jean is taken over by a mysterious dark force called The Phoenix Force. She becomes unhinged and uses her telekinetic abilities for evil, which threaten the cosmos as we know it. The X-Men must then come together and figure out a way to stop her without actually harming her.

X-Men: Dark Phoenix could play out several different ways, but here is the one storyline that has us all shook!

In the Dark Phoenix comics, Jean Grey transforms into a supervillain when the Hellfire Club kidnaps the X-Men and brings them to a space station. After becoming the Dark Phoenix, Jean Grey blasts into space and ticks off the alien Shi’ar Empire, when she destroys one of the planets near them.

Apparently, that’s not first-time director and longtime X-Men screenwriter Simon Kinberg’s vision for this film — and to be honest, we’re quite perplexed by that. He told X-Men Films, “[We must] find a way to ground it, so it’s not too intergalactic.” So how is any of this supposed to work?

Fans are speculating that Jean could get kidnapped. | Fox

Since Kinberg doesn’t seem to be aiming for space, we could see a Dark Phoenix that is centered around Genosha, the island off the coast of Eastern Africa. In the comics, some of the mutants end up on Genosha, thinking that they’re about to have a luxurious vacation. Unfortunately, Genosha — which is one of the richest countries in the world in Marvel canon — is actually powered by mutant slaves. The mutants find themselves imprisoned there until Magneto starts a Civil War and takes the country over for himself.

If Jean is among the kidnapped, the Dark Phoenix could be triggered and unleashed when she is put through the mutate process in Genosha.

From what we understand, Michael Fassbender’s Magneto is going to play a major role in Dark Phoenix. Since he likes to teeter on the line between good and evil, who knows what he’ll be doing in this film? What we do know is that his costume is about to get a major overhaul, and it seems like he might find himself at the head of a faction of mutants called the Acolyte. Apparently, the Acolyte is pretty cult-like and a little creepy.

Still, if we do see him and the Acolyte freeing the mutants from the government of Genosha, Magneto’s unquenchable thirst for power just might be worth it.

Jessica Chastain will be in the new film — but not as Queen Lilandra. | Carlos Alvarez/Getty Images

Rumors were swirling that Jessica Chastain, who joined the X-Men: Dark Phoenix cast earlier this summer, was cast as the alien Empress Lilandra of the Shi’ar Empire. From what we know about the comics, she and Charles Xavier are “special friends.” Typically, Liandra and the Shi’ar Empire aren’t enemies of the X-Men. However, that might all change in the live-action version of Dark Phoenix.

The Shi’ar are a bird-humanoid alien race with telepathic abilities. Unfortunately, in the comics, Lilandra and Professor X’s relationship gets strained when Dark Phoenix destroys a Shi’ar warship and the entire race of a planet nearby. In retaliation, and as the leader of the Shi’ar people, Lilandra went on a quest to capture and kill Dark Phoenix (as anyone would.) Since Lilandra’s reasons for going after Dark Phoenix in the comics are actually valid, we wonder why she’s suddenly going to be evil in the film.

However, in a recent Instagram post, the award-winning actress shut that rumor down. Now, it turns out that she’s playing someone named Smith — which could be a code name. So let’s explore two possibilities for who Smith could really be…

Since Chastain is not, in fact, Queen Lilandra, she could be National Security Advisor, Val Cooper. In the comics, Val leads the investigations on superhuman activities. Though she eventually becomes pretty tight with the mutants, she is initially seen as an enemy.

When we first meet Val, she is not a fan of mutants running rampant throughout the country, using their powers. She’s actually a huge advocate of the Mutant Powers Registration Act before it was outlawed. Though she eventually acts as a liaison between the mutants and the government, she turns on the mutants in the end, even arresting Professor Xavier at one point.

This might be the perfect villain for Chastain to play while keeping the film grounded on earth. 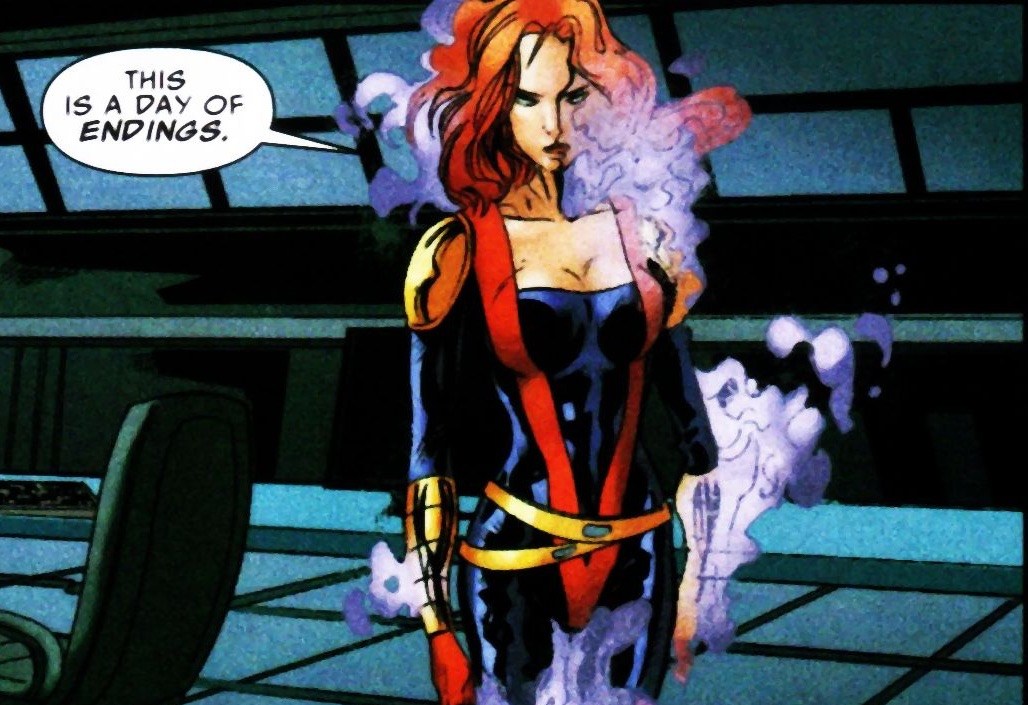 Chastain could also be taking on the role of Amelia Voght — a former lover of Professor X’s (who apparently was quite the ladies man) and one of Magneto’s Acolytes. Since Magneto will be leading some sort of cult in the film, Amelia would fit right into the storyline as one of his followers.

Though she does have the power of transubstantiation (which means she can change any matter into poisonous vapor), she isn’t exactly the most assertive mutant in the franchise. If Chastain does in fact star as Amelia, it will be interesting to see if the character has been shifted and changed to make her more bold, resistant, and more worthy of the star’s portrayal.

#FlashbackFriday to that time Cyclops and I went shopping at the mall and found our favorite singer’s album (pre 1989, of course).

Apparently, another mutant that we will be sure to see in X-Men: Dark Phoenix is Dazzler aka Alison Blaire.  Yes, you read that correctly — the mutant who can shift sound waves into light shows will be making her debut. We were initially supposed to see Dazzler in X-Men: Apocalypse when Jean Grey and Scott Summers pick up one of her albums at a record store (seen above). However, the scene was cut from the film.

It makes sense that Alison would pop up in Dark Phoenix because that’s where she first appeared in the comics. What her role will entail in this battle for Jean Grey’s soul is still up in the air. Still, the way this film is panning out, Dazzler isn’t even the most perplexing storyline we’re going to see.

Jennifer Lawrence and Evan Peters as Mystique and Quicksilver in X-Men: Apocalypse | Fox

If you’re scratching your head thinking about Jennifer Lawrence’s return to the X-Men franchise as Mystique, don’t worry, we’re confused as well.  After the lukewarm reception of  X-Men: Apocalypse, Lawrence was adamant that she would not be returning to the role of Mystique since her contract was up. However, Lawrence recently told Digital Spy that she will be stepping back into that blue suit. She said,

I felt like I owed it to the fans, and I owed it to the character to follow her journey, to be fair to the movies, and not be like, ‘I don’t want to do another X-Men!’ And then I just never show up and everyone’s very confused about the Mystique they’ve been following for the last three films.

Honestly, we have no idea how Mystique will even fit into this saga, as she’s nowhere to be found in the Dark Phoenix comics. However, since she is known to shift her allegiances depending on what’s best for her at the time, director Kinberg could slide her in anywhere.

We just hope that Mystique teams up with Queen Lilandra and whomever Jessica Chastain is playing. That would be pretty badass.