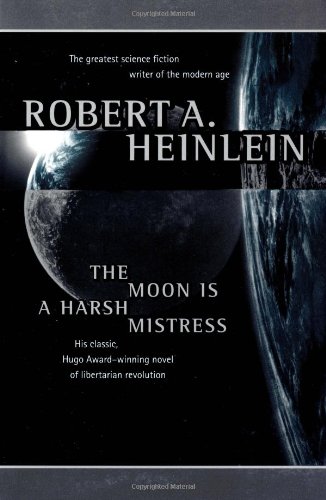 X-Men director Bryan Singer hasn’t even started shooting the franchise’s upcoming Apocalypse film yet, but he’s already set his sights on a new project. The filmmaker is reportedly set to leave comic characters behind to tackle a big screen adaptation of The Moon is a Harsh Mistress, based on the classic novel by Robert A. Heinlein.

Heinlein’s 1966 sci-fi novel centers on the people of a lunar colony who start a revolution against the Lunar Authority that controls it from Earth. The rebellion leads to political and military fallout for the colony and the leaders of the movement, including a computer technician, a vigorous young female agitator, an elderly academic, and a supercomputer. The novel was nominated for the 1966 Nebula award and earned the author his record-breaking fourth Hugo Award for best science fiction novel in 1967 – a record that still stands now. To this day, The Moon is a Harsh Mistress is still widely considered Heinlein’s finest work.

Now, the story is slowly finding its way to the big screen. According to The Hollywood Reporter, 20th Century Fox recently picked up the film rights to the novel. Singer has signed on to direct the studio’s adaptation alongside Lloyd Braun and Thor Halvorssen. Andrew Mittman and Jason Taylor will serve as executive producers. Meanwhile, Arrow co-creator and executive producer Marc Guggeinheim is on board to pen the screenplay. Per THR, Singer and Fox’s version of the project will forgo the original book title and instead be called Uprising.

The Moon is a Harsh Mistress wouldn’t be the first of Heinlein’s works to make it to the screen. Several of his other novels have also been adapted for various film and TV projects. The author himself co-scripted the 1953 movie Project Moonbase. The 1994 TV miniseries Red Planet and the 1994 film The Puppet Masters were also based on his works, as was the loosely inspired 1997 flick Starship Troopers.

It’s no surprise that Fox would tap Singer for the project, given that the director has proven to be one of the most lucrative for the studio. Still, Singer will certainly have his work cut out for him in taking on the novel. Uprising will mark the third effort by a studio at bringing this particular Heinlein story to screen. DreamWorks previously gave the adaptation a shot, with a script by Pirates of the Caribbean screenwriters Ted Elliott and Terry Rossio. Phoenix Pictures also once owned the rights to the novel, with Harry Potter producer David Heyman attached to their version. Both attempts at the project ended up failing and the rights eventually returned to Heinlein’s estate.

Whether Fox will have more success with Singer and Guggeinheim on board remains to be seen, but either way, it’ll likely be a while before we find out. Singer currently has his hands full with his directorial duties for X-Men: Apocalypse, which has already started pre-production. The highly anticipated film, which will reportedly mark the end of the First Class storyline, is expected to start filming in April and is set to hit theaters in May of next year.