Yael Stone, the ‘Orange Is The New Black’ Star, Speaks Out

Orange Is the New Black star Yael Stone is speaking out about the sexual misconduct she experienced earlier on in her career.

As of April of last year, there have been more than 252 sexual misconduct allegations against influential people including celebrities, politicians, and CEOs. Approximately 154 of those allegations were in the entertainment industry alone, showing us an alarming trend going on behind Tinseltown’s closed doors.

One of the earliest accusations associated with the “recent trend” was against the well-known singer, Robert “R” Kelly back in April 2017. But it was Bill O’ Reilly’s departure from Fox News in the same month that triggered the allegations against Harvey Weinstein—bolstering the #MeToo movement and giving people the hope they needed to go against the big players in the industry.

My first story from Sydney: I learned about the cost of telling a #MeToo story here. Very grateful to @YaelStone. https://t.co/TwOwxu4bnj

Yael Stone, the gorgeous Orange is the New Black star, has just made explosive allegations against Geoffrey Rush, an icon in Australian theater. According to Stone, it all started when the two were working together on The Diary of a Madman, eight years ago. Rush allegedly kicked off the questionable behavior by sending sexually charged text messages. At first, 25-year old Stone, took a liking to the attention, even flirting back. But as the frequency and vulgarity of the erotic text messages grew, Stone found herself feeling uncomfortable. Considering the gap between their experience levels, Stone was unsure how to proceed. She knew that taking a stance against Rush could destroy her career. Unfortunately, her silence only led to more inappropriate behavior.

Stone says Rush watched her shower by using a mirror to view her reflection over a shower stall. The Emmy-award winning Rush even exposed himself to her—dancing naked in a comical way. Instead of going public Stone says she sent an email to Rush detailing her conflicted feelings about their experience but Rush never responded. It was his silence that led her to come forward, joining the ranks of other celebrities who are saying “me too”.

“In the name of years of friendship I wanted to share with you what I have always been afraid to say,” she wrote. “I hope it’s possible for you to receive this in the spirit that it is meant. With a view toward healing.” – Yael Stone

Actress Eryn Jean Norvill tells court she felt “frightened”, “panicked” and “threatened” while working with Oscar-winning actor Geoffrey Rush in a production of King Lear, but faced a rehearsal room that was “complicit” with his inappropriate behaviour https://t.co/s3kj4gks93

Actually, this isn’t Rush’s first time facing sexual misconduct claims. His King Lear co-star, Eryn Jean Norvill, also accused him of sexual harassment back in September. Norvill, who played Cordelia in the Sydney Theatre Company production, brought up the inappropriate actions during an “off the record” conversation in April 2016. While she did let the theater company know, Serena Hill (casting director), said Norvill didn’t wish to make a formal complaint. There was no investigation, and the Sydney Theatre Company did nothing about the allegations.

That’s why news didn’t surface until this year. The court documents state that Rush made groping and other lewd gestures towards Norvill during rehearsals in October 2015. He also made jokes and inappropriate comments about her body. A month later during a preview performance Rush “traced” the side of her breast, and touched her lower back underneath her shirt. Rush stopped when Norvill asked. She’s alleged that Rush even sent messages to her six months after the production ended admitting that he thought of her “more than is socially appropriate.” Considering Rush’s top status in Hollywood it’s no surprise Norvill kept things quiet for so long. 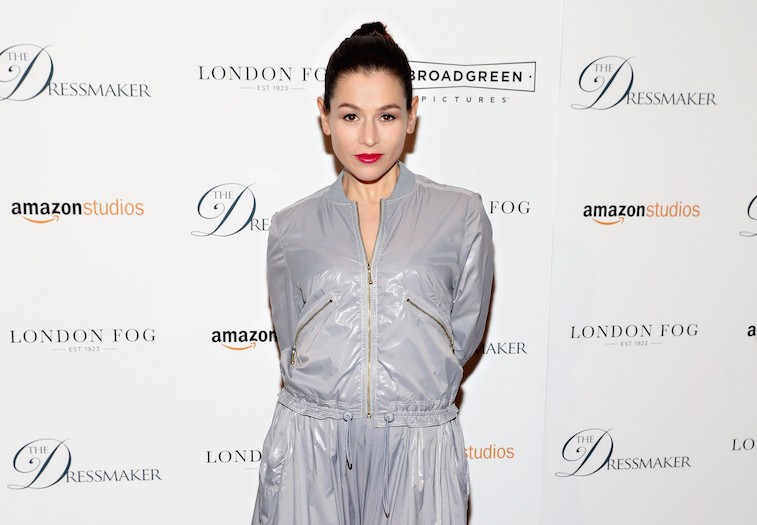 As to be expected, Rush has denied the allegations Stone has made against him, just as he did with Norvill. He states that the experiences she made public have been taken out of context, or are just incorrect. In a statement, Rush apologized for causing Stone distress with his actions, although he meant no harm by them. This statement at least somewhat aligns with Stone acknowledging that she felt some of his actions were a joke. The fact remains, however, that they made Stone incredibly uncomfortable.