Meghan Markle has scored high marks for her fashion choices, but those regal looks come with a hefty price tag.

Ever since the Duchess of Sussex got engaged to Prince Harry back in November, she’s been looking super chic and glamorous all the time and that wardrobe has really added up to a whopping $1 million. Yep, you read that correctly. The cost of Markle’s outfits haven’t been cheap and her father-in-law is picking up the tab.

“It does fall now, that she is married into the royal family, to the Prince of Wales … to cover the cost of her working royal wardrobe,” author and royal correspondent Katie Nicholl recently told Entertainment Tonight.

Before they tied the knot, the Suits star and Harry paid for her clothes themselves including her $75,000 Ralph & Russo gown for their engagement photos. But that’s changed now and the expense of Markle’s wardrobe is covered by the money Prince Charles gives to his sons and their wives via his Duchy of Cornwall income.

“Meghan is now an ambassador for the royal family. Look at the publicity she has brought in run up to the wedding. I’d argue that’s worth every penny,” Nicholl said.

Markle’s most costly outfits were the ones she wore on her wedding day. The duchess’ custom Givenchy bridal gown by Clare Waight Keller cost $440,000 and the Stella McCartney number she wore to the reception was more than $157,000. 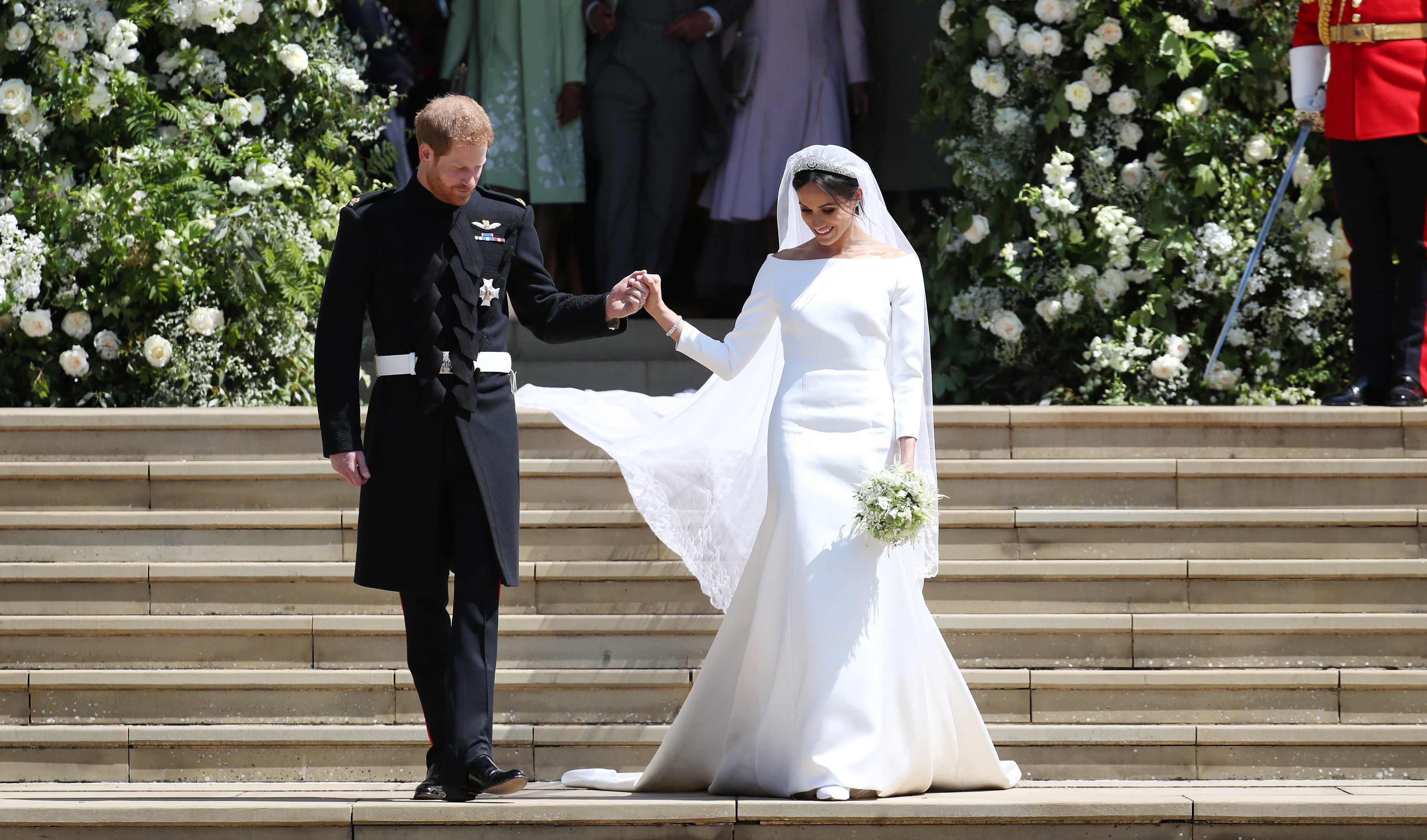 For her first solo outing with the queen, Markle chose a cream-colored Givenchy cape dress that cost around $18,000. Moreover, her pink Carolina Herrera ensemble she wore for the Trooping the Colour ceremony totaled approximately $4,000, and the printed Oscar de la Renta gown she had on at Harry’s cousin’s wedding retails for around $6,000.

Like Kate Middleton, Markle works with an assistant who puts in requests with designers to send samples to choose from. Once she decides on what she wants to wear, that particular outfit is paid for and everything else is sent back because the royals do not accept free clothes.

The reason for that is because just about everything Markle and the Duchess of Cambridge wear almost always sells out, therefore, giving them free clothing could be used as free marketing.

Nicholl believes that Markle will likely take a page out of her sister-in-law’s book when it comes to recycling pieces from her wardrobe. Middleton has mastered looking so polished and glamorous while wearing some of the same pieces she already wowed us in at a previous event.

“I’m quite sure we will see Meghan step out [in] the outfits that she has worn before. When you are buying that sort of couture with those sorts of price tags it would be criminal not to re-wear them,” the royal expert explained.