You Won’t Believe How Much ‘The Big Bang Theory’ Cast Makes in Syndication Alone (Plus, Their Total Earnings From All 12 Seasons) 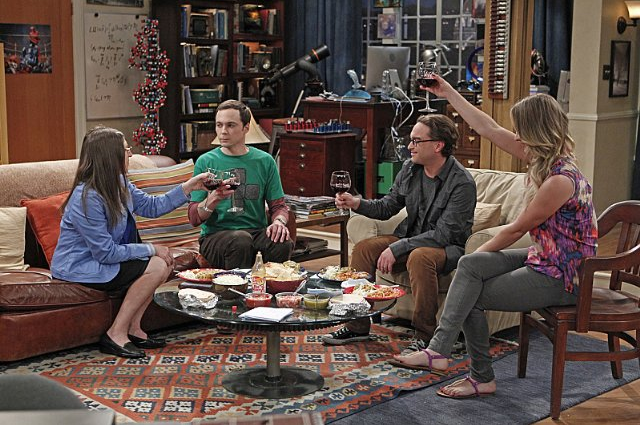 The cast returns for their final season of ‘The Big Bang Theory.’ | CBS

Fans of CBS’s sitcom The Big Bang Theory were disappointed to find that the show’s 12th season would be its last. Still, 12 seasons is nothing short of impressive, especially where a live-audience sitcom is concerned. The leading cast members were all relatively unknown when the show premiered but have gained recognition through it — and bigger paychecks as a result.

TBBT is a huge cash cow for CBS considering it pulls a live audience of over 19 million weekly and brought in syndication revenue exceeding $1 billion for Warner Bros. TV. What does that mean for the stars of the show?

The five original cast members (Jim Parsons, Kaley Cuoco, Johnny Galecki, Simon Helberg, and Kunal Nayyar) may have started off relatively anonymous, but they’ve each been earning an estimated $1 million per episode since the show’s eighth season. The show’s long life helps as well, considering each of the stars makes a significant amount off syndication alone.

Kaley Cuoco portrays Penny, the only lead character who isn’t a scientist, but instead an aspiring actor who meets the other main characters when she moves in across the hall. She eventually marries Leonard Hofstadter (Johnny Galecki) an experimental physicist.

Cuoco appears in every season and is only absent from one of the 230 total episodes. She started out earning $60,000 per episode for the first three years. She along with the other two leading cast members negotiated the figure up to $200,000 at their next three-year deal. She made $350,000 per episode in season seven, a number which skyrocketed in a friend-sized deal that garnered her $1 million per episode from season eight on.

Jim Parsons, who plays Sheldon Cooper, and Galecki achieved similar contracts with the network. The Big Three each made $3.78 million filming the first three seasons between the 17-episode first season and following 23-episode seasons. The next three-year deal made them each an additional $14.4 million and their $350,000 season seven salary made them each $8.4 million for the entire season. Seasons eight through ten (made up of 24, 24, and 22 episodes, respectively) earned the three stars $70 million apiece … save a deal that they made to help close the pay gap with Mayim Bialik and Melissa Rauch, who play Amy Farrah Fowler and Bernadette Rostenkowski, respectively, who only make around $200,000 per episode. Each of the stars shifted $100,000 per episode to Bialik and Rauch to help them close the 80% pay gap, resulting in a $900,000 payday per episode for Cuoco, Galecki, and Parsons. 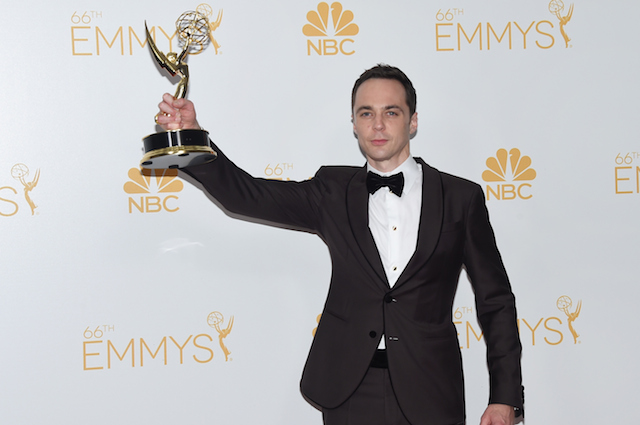 The stars have been nominated for countless awards for ‘TBBT.’ | Getty Images

The nearly $140 million the show’s Big Three make from filming is just a salary and doesn’t include what they make from doing press, convention appearances, and any endorsement deals. The stars also make money on the back end, meaning they each get a hefty piece of the reported $1 billion Warner Bros. gets from syndication on a show that remains number one on broadcast television.

The steady, high ratings are guaranteed for a variety of reasons. TBBT has yet to follow suit of various popular sitcoms and sell to a streaming service like Netflix or Hulu, so viewers who want to watch their favorite episodes have to do so the old-fashioned way: by turning on their television and watching CBS or TBS.

“It’s a show that transcends generations; it’s a mood changer, period,” Deb Bradley, Strategic Advisor to the CEO at Magid and a former executive at TBS, where The Big Bang Theory is syndicated, told Forbes. She acknowledged that the show came around at the right time, just before the rise of streaming. “Big Bang Theory is one of the last TV shows of it’s kind, from a time when there wasn’t as much choice and original content … It’s so hard to get through the noise, you can’t replicate Big Bang Theory now.”