How Much is Zach Galifianakis Worth, and Is He Making a ‘Between Two Ferns’ Movie?

Zach Galifiniakis is pretty much a household name now after his scene-stealing role in The Hangover, but it wasn’t always that way. Before that big break in 2009, the comedian grabbed any part that came his way. That included a short stint as a failed late night TV show host. These days, however, he can pretty much call his own shots, which is why his web-based comedic interview show Between Two Ferns is getting the movie treatment. Before he awkwardly interviews Hollywood’s elite for the film, let’s look at how much money Zach Galifianakis has, his best movies, and the ones that earned the most money.

What were some of his roles before The Hangover? 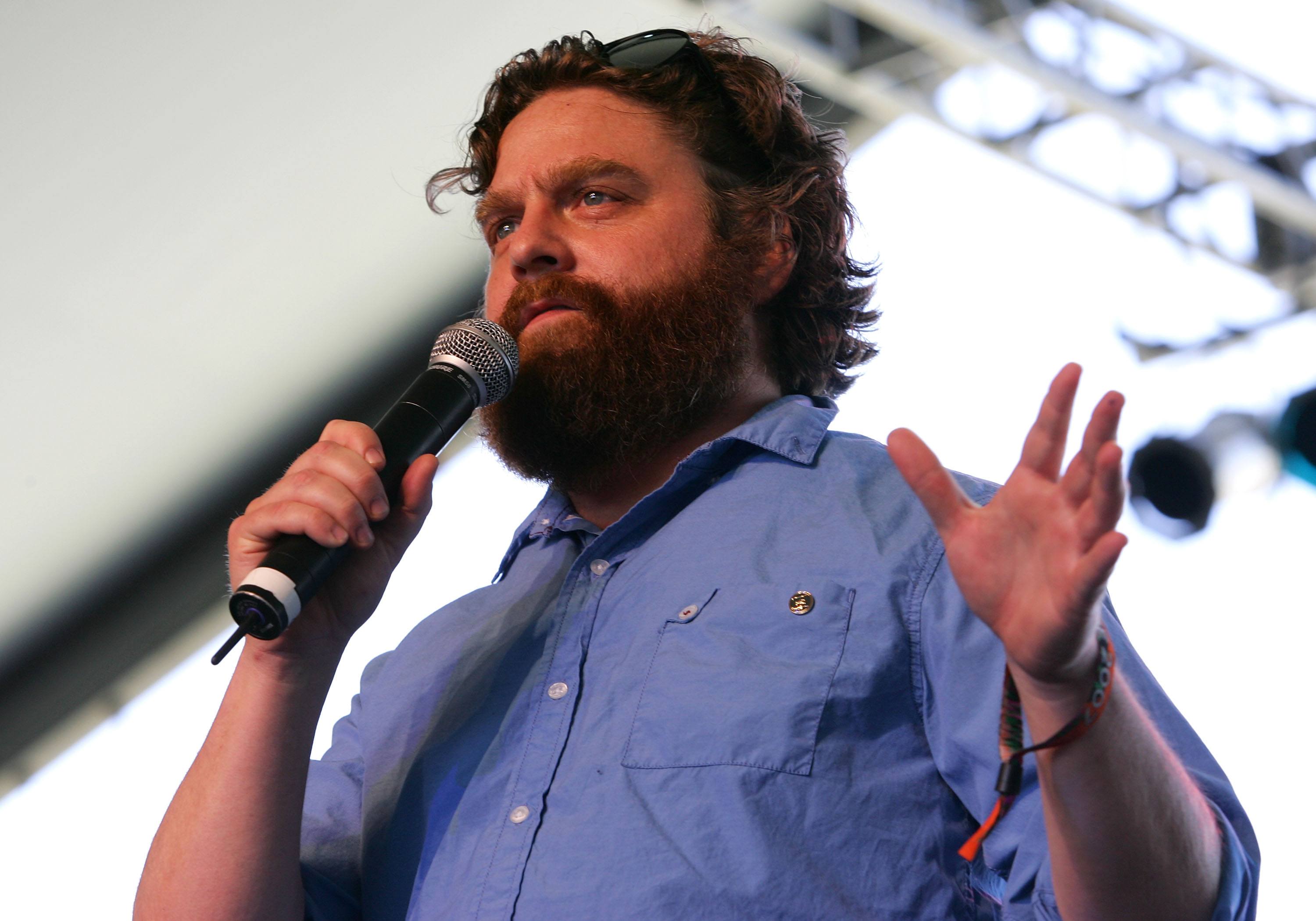 Zach Galifianakis has several lines on his acting resume before The Hangover, but nothing quite as notable as that movie.

He appeared in the TV shows Boston Common and Apt. 2F in the late 1990s. There are small roles in movies such as Heartbreakers, Bubble Boy, Corky Romano, and Out Cold in the early 2000s.

Galifianakis’ small part in the 2007 movie Into the Wild proved he could go serious for a role, but he tended not to stray too far from comedy early in his career. He played serious again for Up in the Air in 2009 and Birdman or (The Unexpected Virtue of Ignorance) in 2014.

What do we know about the Between Two Ferns movie?

On Between Two Ferns, Zach Galifianakis plays himself as a nervous, snarky, and underprepared low-budget talk show host. His interviews with celebrities such as Justin Bieber, Bradley Cooper, Brad Pitt, and President Barack Obama rarely last longer than five minutes.

We’re not sure how that format translates to a feature-length movie, but Netflix is going to test the waters. Peter Dinklage, David Letterman, Keanu Reeves, and Galifianakis’ The Hangover co-stars Cooper and Ed Helms will appear, according to The Hollywood Reporter.

What are his best movies?

If you’re talking about Zach Galifianakis best movies to watch from a critic’s standpoint, then you have a few options. The Hangover, Up in the Air, 2008’s Visioneers, and 2012 political comedy The Campaign feature some of his best performances.

However, his list of top grossing movies looks a little bit different. Galifianakis has nine $100 million-movies on his resume when you adjust for inflation. Four topped $150 million:

Even without inflation, Galifianakis’ top films follow the same order. All told, his movies have made $1.64 billion at the box office with an average of $78.2 million, according to Box Office Mojo.

How rich is Zach Galifianakis? 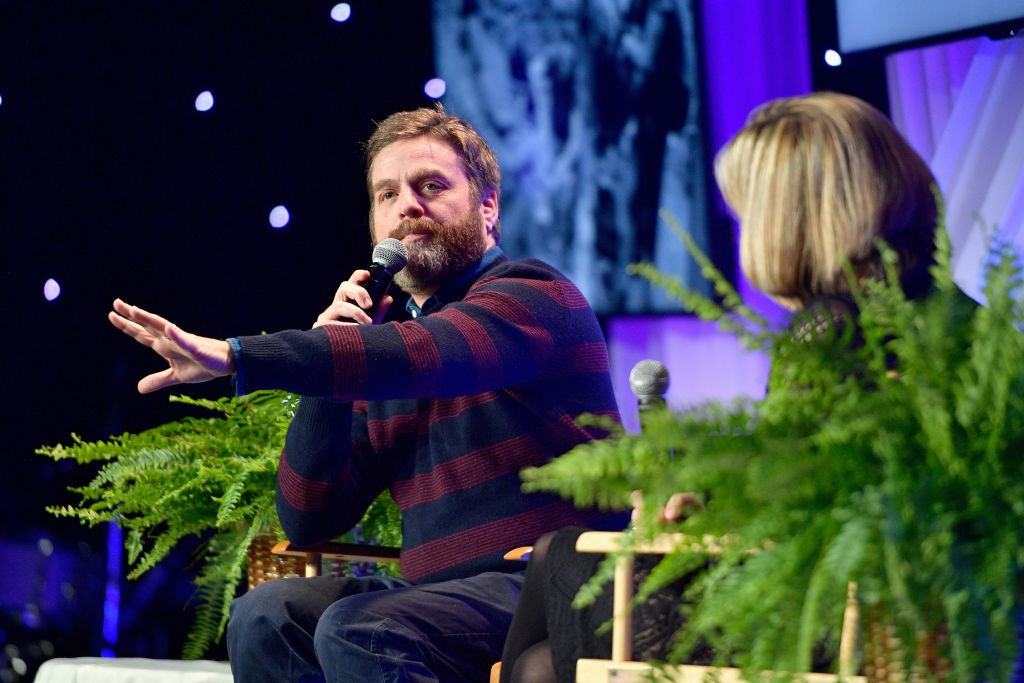 Acting is the primary way Zach Galifianakis makes money, but it’s not the only way.

He created, produces, and writes the FX TV show Baskets about a failed clown. Galifianakis is also a producer for TruTV’s The Chris Gethard Show, which started in 2015.

However, being in front of the camera instead of behind is how Zach Galifianakis got rich. His net worth is estimated at $20 million in 2018, according to Celebrity Net Worth.

He shares his fortune with his wife, Quinn Lundberg, and their two sons, who were born in 2014 and 2017, according to the Daily Mail.