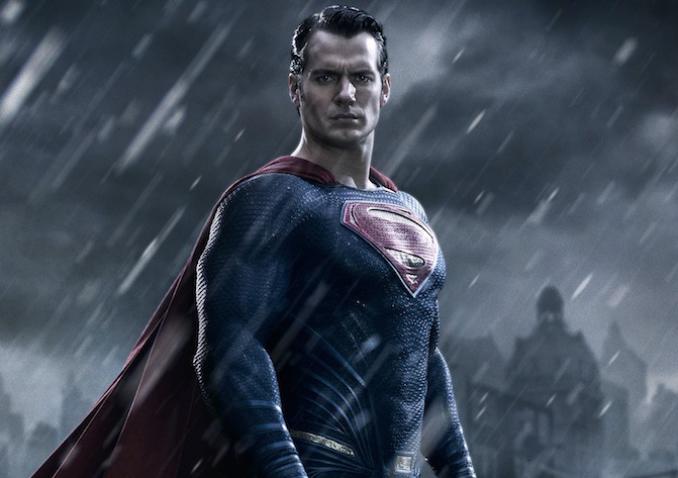 If you were wondering why the filmmakers behind Batman v Superman: Dawn of Justice chose “v” instead of “vs” in the upcoming sequel to Man of Steel, it appears that the decision is more than cosmetic — that is, if you believe director Zack Snyder’s latest comments in an interview with USA Today.

“Suffice it to say there is a ‘v’ in between their names,” Snyder said, explaining that the small change is a way “to keep it from being a straight ‘versus’ movie, even in the most subtle way.”

Coinciding with the USA Today interview was a new image of Henry Cavill’s Superman that was tweeted by Warner Bros. But unlike previous speculation that Batman might share much more of the limelight this time around, the image still focused solely on Superman and kept the caped crusader absent. That isn’t to say that Ben Affleck’s Batman won’t be featured prominently in a film that was not so long ago tentatively titled Man of Steel 2 — it just means that Snyder and Warner Bros. aren’t forcing the issue.

“I was in no rush to put Batman in the movie,” Snyder tells USA Today, “but on the other hand, it seemed organic the way our story was unfolding to start to feather him in.” Snyder, who had had hopes of putting Frank Miller’s seminole comic book The Dark Knight Returns to the big screen — in which Batman is far older than most cinematic iterations and comes out of retirement — also explains that what we’ll see from Batman’s mythology will feel fresh despite Christopher Nolan’s The Dark Knight trilogy. Additionally, Snyder explains, “it’s cooler to see a crusty old Batman beating the snot out of guys.”

Snyder also talked a little bit about the historical significance of finally directing a scene between Cavill’s Superman and Affleck’s Batman. “It’s never really been done and it’s kinda cool,” he explained — and not for lack of trying. In 2002, a film entitled Batman vs. Superman nearly made it to production with director Wolfgang Peterson in the director’s chair before the studio opted to do solo outings. Other attempts to get the two superheroes on the screen together have failed as well, including a George Miller-directed Justice League film that was completely cast before breaking down.

“You can talk all you want about other superhero movies, but it’s Batman and Superman, let’s just be honest,” says Snyder. “I don’t know how you get bigger than that.”

The easy answer to that is you make a Justice League film, which Snyder is of course set to do in back-to-back fashion following Dawn of Justice. With Dawn of Justice tentatively set to arrive on May 6, 2016, the Justice League film is being rumored for either a 2017 or 2018 release date. Featuring Batman, Superman, Wonder Woman (played by Gal Gadot and also featured in Dawn of Justice), and a list of other rumored heroes like Flash, Green Lantern, Cyborg, and Green Arrow, the film is set to be one of the most anticipated superhero films of all time. With that kind of hype comes a lot of huge expectations.