20 Hidden Features Your iPhone Will Get With iOS 9 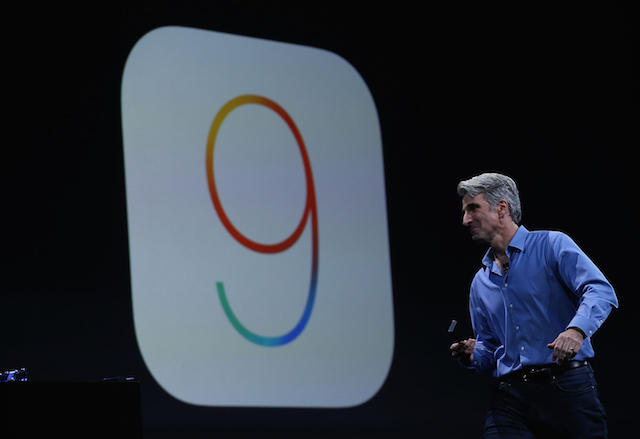 Apple has revealed many of the major updates that iOS 9 will bring at its recent Worldwide Developers Conference. But each time it introduces a developer release of the operating system, more details about the operating system’s features and functions are revealed. The company just released the second iOS 9 beta, and while the purpose of that release is to fix bugs and improve the user experience, there are still some interesting hidden features to talk about.

As TechnoBuffalo reported, there are plenty of additions to iOS 9 that Apple didn’t discuss at WWDC, as revealed in the first and second beta of the software. As Zach Epstein reports for BGR, the Apple blog MacRumors has created a video showing off some of the hidden features of iOS 9, as revealed by the beta release. As Epstein notes, the software is not supposed to be shown off to the extent it’s demonstrated in the video, as per the terms of Apple’s developer agreement, but the blog found someone with access who was willing to demo the features.

In the video, available on YouTube here, the narrator shows off a number of iOS 9 features that users aren’t expecting, like a hidden iCloud Drive app, a battery widget for the Notification Center, and a number of changes to the operating system’s keyboard. Read on to get the scoop on 20 hidden features of iOS 9 that were revealed by the first two betas of the new operating system.

One of the fairly major changes in iOS 9 will be that the interface will show you links to go back to the previous app. If you’re using an app and click a link that takes you to another app, a link to go back will appear in the upper left-hand corner of your screen.

New iCloud Drive app enables you to access the files you have stored in the cloud. The app doesn’t automatically show up on the home screen, but if you’d like it to, you can go into your iPhone’s settings and toggle the setting to make the app visible on the home screen.

You’ll be able to access and attach files from iCloud Drive directly from the Mail app. (In fact, you’ll be able to add any type of attachment to an email message in iOS 9.) The operating system will also enable you to send more than five photos from the Photo app; in fact, you’ll be able to send as many photos as you’d like. The upgraded Mail app will also enable you to save attachments to iCloud Drive directly by tapping and holding an attached file, and will feature bulk actions like Mark All, Move All, and Trash All.

In the Photos app, you can quickly scroll through photos by opening up an image. From there, you’ll notice a new thumbnail strip. You can slide your finger across it to navigate through the gallery. You’ll also be able to swipe down on a photo to dismiss it and go back to the Albums view. Additionally, you can hide multiple photos by selecting a photo, bringing up the Share Sheet, and selecting the photos you want to hide.

Because the iOS keyboard’s shift function has always been confusing — it’s difficult to know when shift is activated or not — Apple is introducing a simple fix. Now, when you tap shift, all of the letters on the keyboard will change to uppercase, and when shift isn’t activated, they’ll appear in lowercase. (If you don’t like the feature, can always turn off the lowercase keys in the Settings app.) The keyboard gains a separate section for flag emoji. And the edit functions on the iPad keyboard have been tweaked; an undo/ redo option shows up as the default edit function instead of the cut/paste tool. The cutting and pasting functions will pop up once you’ve highlighted text, replacing the undo buttons.

Your ability to manage your iPhone’s battery life will also improve with iOS 9. The operating system will add a “Low Power Mode” that should give you up to an hour of extra battery life. It can be turned on in your iPhone’s settings, where you’ll also be able to see a detailed breakdown of which of your apps have consumed the most battery power. In the Notifications Center, you’ll see a new Battery widget that shows you how much battery capacity is left on both your iPhone and on a paired Apple Watch.

Siri is getting some minor improvements, with a design reminiscent of the interface on the Apple Watch. You can also turn on a setting that mutes Siri when you mute your phone. Additionally, when you activate the personal assistant, your phone will vibrate to indicate that she’s ready for a query.

iOS’s Search function is much-improved in iOS 9 beta 2, and brings both more results and a wider range of results for each search query. Additionally, in the settings for Search, you’ll see a list of installed apps with the option to toggle them on or off in search results.  In the iOS 9 Beta 1, the menu showed only Apple search results and options like Bing Web Results, Documents, Found in Mail, and Safari Suggestions. Tapping on the Search bar in the Maps app reveals new options like Food, Drinks, Travel, and more. And when you look up a contact in Search, you’ll be able to call or message them directly from there.

In addition to accessing Apple Pay via the new Wallet app, you can also navigate to the mobile payments app from the lock screen by double-clicking the home button. From there you’ll be able to see your wallet, choose a card, and make a payment quickly.

When recording a video, you’ll be able to toggle the flash on and off. (Before, you could only turn the flash on or off before you started to record a video.) The change gives users more flexibility, and will enable you to change whether the flash is on or off as you go, rather than having to decide beforehand. From the settings app, you can also select recording resolutions and frame rates.  You’ll be able to shoot 720p at 30fps, 1080p at 30fps, and 1080 at 60fps.

The Podcasts app is revamped with new Mini player, like Apple’s Music app. It also gains a section to show you the unplayed podcasts you have, plus a newly-updated, bolder icon. The app’s layout has also been fine-tuned with iOS 9, and the position of some of the download buttons has changed.

14. Changes to the Health app

Safari shows a new section for content blockers. You’ll also be able to request the desktop version of a site from the share sheet in Safari, and the browser also has an iBooks extension that can save a web page as a PDF. Additionally, Safari’s Reader Mode is now customizable, and you’ll be able to select the background color and typeface for the article you’re reading.

Handoff is displayed in the App Switcher screen with the second beta of iOS 9, while in the first beta, Handoff wasn’t available in the App Switcher. Additionally, Continuity in iOS 9 will enable users to pick up a phone call on their Mac or iPad even if their iPhone is at home using cellular data.

iOS 9 will also bring a brand-new Voice Control user interface, as Redmond Pie notes. If you don’t use Siri, or have an older iOS device that’s not compatible with Siri, then you can access Voice Control by holding down the home button. The operating system also gains a new user interface for Dictation.

To make room for the iOS 9 upgrade, your phone will be able to temporarily delete apps if you don’t have enough storage free. The device will automatically reinstall the deleted apps and data after the upgrade is completed.

In Settings, you’ll be able to search for what you’re looking for, instead of scrolling through all of the options. iOS 9 also enables you to group notifications by app, an option you can turn on from the Settings app. Other new options available in the Settings app include the ability to set Auto-Lock to activate after 30 seconds, to turn off all vibrations, to disable shake to undo, and to turn character preview off.

Users of the iPhone 6 will be able to see contact photos in Messages, a feature that was previously only available on the iPhone 6 Plus. Menus in iOS 9 will have rounded corners instead of the square ones found in iOS 8. The mute switch can act as a lock rotation switch, according to the MacRumors video, though TechnoBuffalo reports that the newly added switch inside the settings app appeared in beta 1 but not in beta 2. iOS 9 uses a new system-wide font, called San Francisco. It’s a font developed by Apple, and is used on the Apple Watch and OS 10.