3 NBA Stars With a Great Sense of Style

There is nothing like a good basketball game — especially when your favorite player racks up a lot of points. NBA stars are now getting recognized for their style in addition to their savvy basketball skills. Here are three players that are not only known for their skills on the court, but also for their great sense of style.

Wade is the shooting guard for the Miami Heat and has won 3 NBA Championships. It makes complete sense why this all-star athlete desires to look his best at all times. Married to A-lister Gabrielle Union, Wade is rarely caught looking anything but stylish. To score his look, you will want to opt for plenty of classic white button downs that can easily be dressed up and down. The player likes to match his crisp button downs with cropped and tapered chinos in a neutral color styled with cardigans and structured blazers. Having a wool fedora hat in classic dark colors appears to be a Wade favorite. He likes to weave this statement accessory into both his casual and formal attire. If you love Dwyane’s style, then layering is a must! The player likes to combine a button down shirt with a tie in a minimal design and a v-neck sweater. To complete the look, include a dark colored blazer. 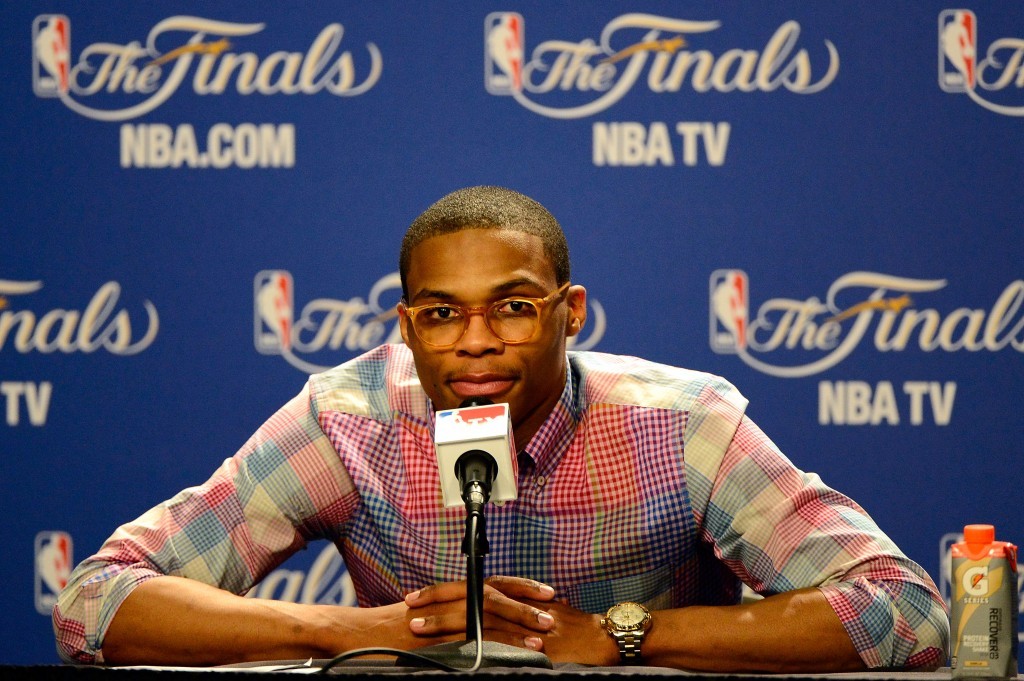 Russell rocks a classic NBA look on the courts as a point guard for the Oklahoma City Thunder. However, off the courts, you can really see the player’s personality shine through with his quirky wardrobe selections. The California native doesn’t shy away from color by gearing toward bright hues like red, yellow, and pink in many of his wardrobe choices. To mimic Westbrook’s style, you have to be open to stepping outside the box. Blazers and bomber jackets in colorful prints and designs appears to be a standout staple of the player’s wardrobe. Have a few shirts in non-traditional prints that pair nicely with mustard colored chinos or a dark pair of slacks. Similar to his attire, his footwear packs a punch. The athlete maintains his colorful expression with bright sneakers ranging in tangerine to neon yellow. 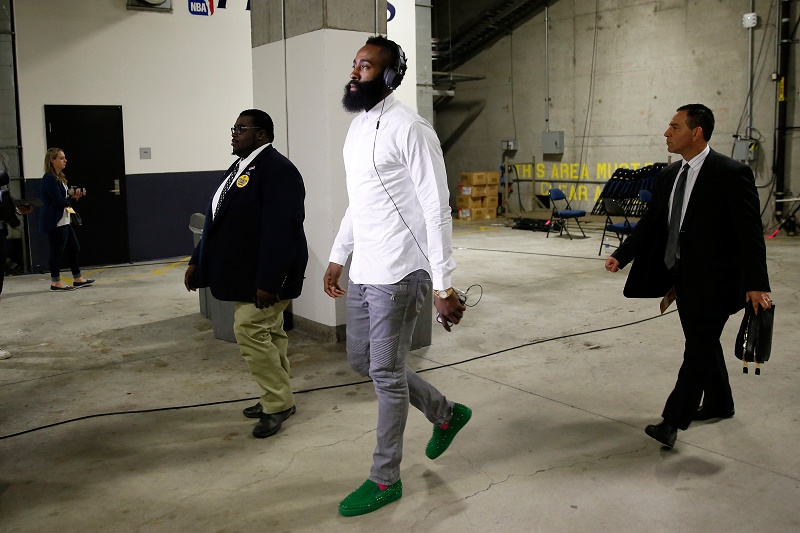 It is impossible not to notice this Houston Rockets shooting guard when he steps into the room. Not only does Harden’s 6-foot-5 frame grabs attention, but so does his laid back approach to style topped with a scruffy full beard. The player can rock a velvet suit with ease by sticking to simple accessories and structured garments. Whether it’s game night or a night out on the town, Harden never disappoints when it comes to his wardrobe styling. So how can you nail James’s look? First you will need a basic black suit — this can be used for any and all occasions. For a relaxed look, Harden likes to pair his suit with a basic black v-neck tee. Make sure the t-shirt is not washed out and made of good quality. For casual looks, go with a slim fit pair of jeans in both a dark wash and gray color. This pairs nicely with retro sweatshirts or paisley print button downs as seen worn by the player.