3 Things Jared Leto Can Teach Us About Looking Younger 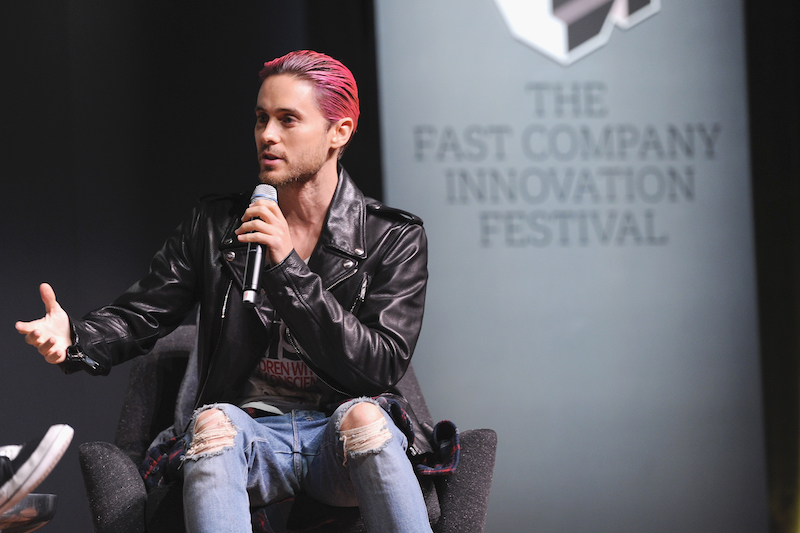 Academy Award-winning actor and Thirty Seconds to Mars frontman, Jared Leto, never seems to age. How does he do it? Today, we’re taking a look at some things that Leto has done right over the years and what he’s taught us about looking much younger than our actual age. Here are three things we can learn from Leto.

1. Keep up with hair and beard trends

This can be rough to admit, but as we get older we tend to fall into a rut with our clothing and grooming choices out of fear of looking too outrageous or too young. Leto kicks that notion right out the window, especially when it comes to his choice hairstyles. Pink hair, long hair, ombre hair, and platinum blonde hair are not just for the under 30 crowd (or under 20), and there’s something so refreshing about that. Leto is a master of juxtaposition when it comes to the bushy beard, slick-back refined hair winning combo — the wildness of his beard works wonders with the perfect styling of his dome. He does long, wavy hair right too, pairing it with a full face forest takes guts. Did we mention having guts is youthful too?

He debuted bubblegum pink hair at the MTV VMA’s back in August, and has been seen wearing the platinum blonde sweep back. Lastly, we single-handedly credit Leto for tying his hair back into a man bun — it was his bun that launched a million more. Not to mention his embrace of the man braid, which takes his grooming to a kind of a next-level move that only a true fashion genius can pull off. 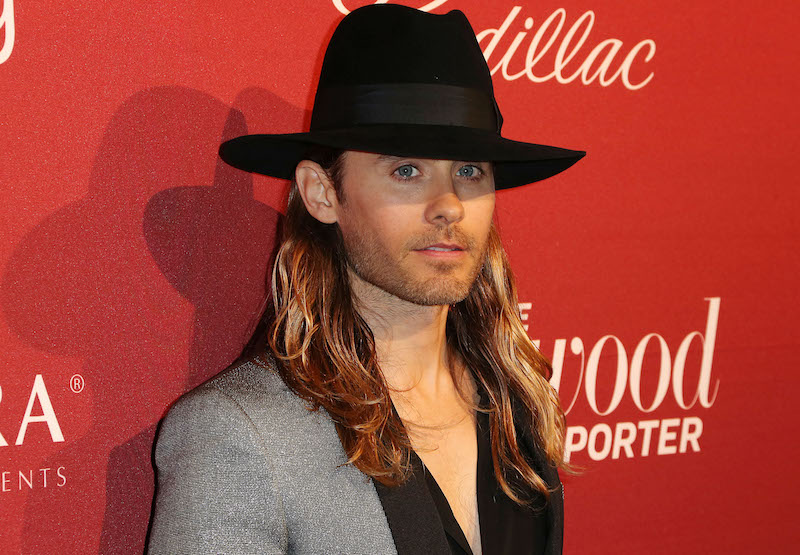 One of the truest signs of eternal youth is the embrace of the crazy and unpredictable, like in the patterns and colors Leto chooses to wear. Eclectic, eccentric, and never one to follow trends, Leto marches to the beat of his own style drum, whether he’s swathed in animal prints one day and leather the next, followed by a sleek blazer and jeans combo. He has a fondness for layering, channeling his inner rockstar as well as taking inspiration from the golden age of grunge with flannel shirts often tied around his waist. His go-to piece is without a doubt the leather jacket, with all the metallic trimmings. Leather=youth.

3. Try a different take on the classics

Although there is nothing wrong with the classics, like a suit or tux to wear to a formal event, Leto finds a way to personalize it and make it stand out. For evening wear looks, his blazers are cut sharp and like his tuxedo, the dinner jacket is updated with satin lapels and contrast button details. However, the look he loves the most is adding metallic to his formal wear, wearing a blazer that creates a brassy gold look, and finishing it off with a splash of pink from a pocket square.

As for the award show red carpets, from the Oscars to the Golden Globes, Leto looks ultra chic in powdery pastels –lilac and creamy whites are his go-to both in dinner jacket styles with satiny labels that contrast the matte of the suit fabric. He is also a man who is unafraid to match his shirting and bowtie.