3D Touch on the iPhone 6s: How Useful Is It in Apps? 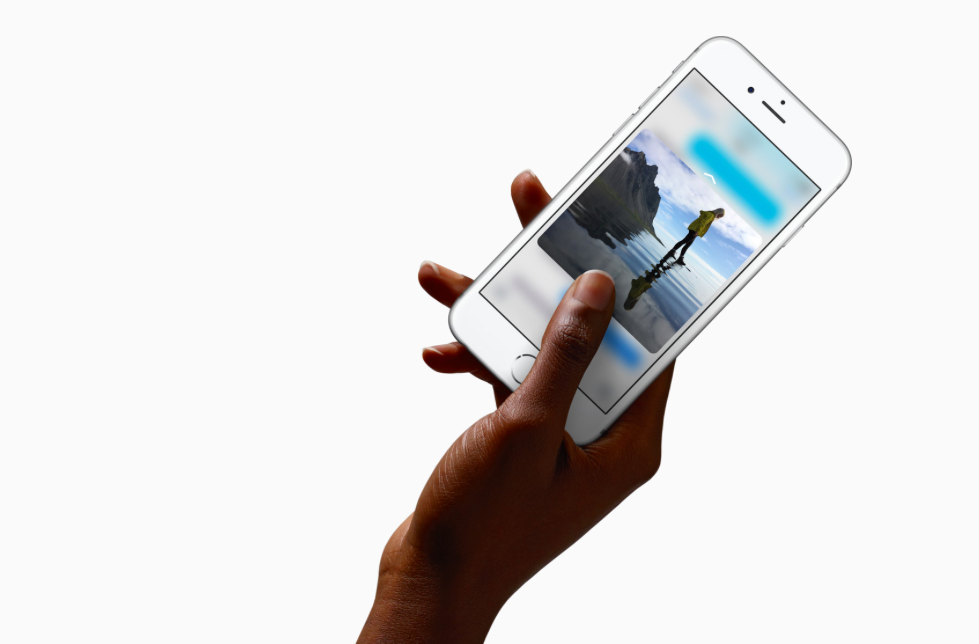 When Apple introduced the iPhone 6s and iPhone 6s Plus in September, one feature of the new iPhones stood out as an addition that could very well lead the way toward new and interesting ways of interacting with your phone and the apps on it: 3D Touch.

In reality, getting to the point where a pressure sensitive screen can enable a new paradigm for user input is a little bit more complicated. Jacob Kastrenakes reports for The Verge that first, developers have to get on board with the new feature, and take the time to add support for it into their apps, even when only a relatively small portion of the iPhone user base actually has the hardware to use 3D Touch. “This is ultimately what will make or break it,” Kastrenakes writes of the feature. “If developers figure out interesting ways to use 3D Touch, then it’ll succeed. If they don’t add anything more than home screen shortcuts, then it won’t have a big impact.”

More than two months after the first 3D Touch-equipped iPhones launched, many iOS apps have added support for 3D Touch. But as Kastrenakes notes, the results so far are mixed. Many major app developers have added support for the feature, but haven’t integrated it into their apps on a meaningful level. Many of them have only used 3D Touch to add Quick Actions, or the home screen shortcuts that pop up when you press an app icon.

“This is the bare minimum level of support, an interaction that only happens once, at most, every time you use an app,” Kastrenakes explains. “And it’s all that a lot of popular apps have added, including Snapchat, Facebook, Periscope, Google Drive, Chrome, OneNote, Waze, LinkedIn, Amazon Video, Box, and 500px.”

Kastrenakes thinks that while it’s still early to fault developers for not reinventing their apps to take advantage of 3D Touch, there are a few basics that they could implement without spending time developing new uses for the feature. When it introduced 3D Touch, Apple laid out two new concepts in touchscreen navigation.

The first is a peek, which lets you preview a photo, website, or other content in a pop-up window. If you decide you want to spend time with that content, you can pop into that window with a hard press. Peek and Pop offer convenient new ways to navigate iOS, and can often save users time. A few apps, like Instagram, Dropbox, and Pinterest, supported these new gestures by the time the iPhone 6s and iPhone 6s Plus launched. Others have added support for Peek and Pop since then.

Skype, for instance, lets you peek into recent conversations. Once you’re in a message, you can peek at locations, photos, contacts, and web links, and even swipe some of them up to gain access to further options. WhatsApp lets iPhone 6s users peek into conversations, plus the links, photos, videos, contacts, and locations inside them. Evernote lets you peek at recent notes and the links and locations they include. And Wunderlist lets you peek at individual items on your to-do lists, and swipe to set or edit a reminder.

Kastrenakes identifies a few apps, including Flickr, Pixelmator, and Bumpn, that are using 3D Touch in more novel ways. And he explains that using 3D Touch in these apps, and others that have added support for Peek and Pop, makes you wish that more developers would implement the feature.

“From a user’s perspective, at least, it seems hard to go wrong with adding peek to photos, albums, profiles, or really anything that would open up a new window,” he notes. “Particularly in circumstances where you’re browsing through unfamiliar content, it can be a much quicker way to explore.” However, the fact that the gestures streamline your interaction with an app — and perhaps reduce engagement or the number of ads that can be served — calls into question how quickly developers will get on board with 3D Touch as they weigh its potential implications.

If you bought the iPhone 6s early, it shouldn’t be a surprise that it’s taking a few months for developers to get on board with the device’s flagship feature. Many apps, even those from major companies and well-known developers, have taken their time to add support for features like TouchID or the larger screen of the iPhone 6. Similarly, it’ll take time for your favorite apps to add even the most basic level of 3D Touch support. And if you’re waiting for developers to figure out ways to revolutionize the way you interact with your iPhone thanks to 3D Touch, you’re going to have to be patient.