4 of the Best Looks from London Collections Men 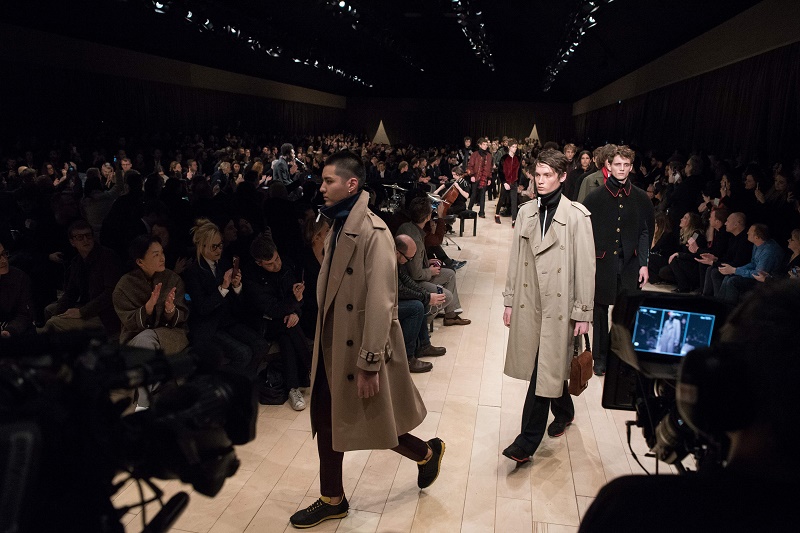 Fashion season has officially kicked off around the globe. Now that Pitti Uomo is over we take a look at London Collections Men (LCM), the four-day showcase that’s put the British capital on the global men’s fashion map, which just finished up its eighth installment this month. The first leg of the AW 16 menswear showed your typical fall/winter wear: Crewneck sweaters, rollnecks, and cardigans, but these knits from tailoring brands are indicative of a major shift in the male wardrobe. Say bye-bye to the old shirt and tie — it’s time for something different. To review, here are four of the best and wearable trends that we saw. 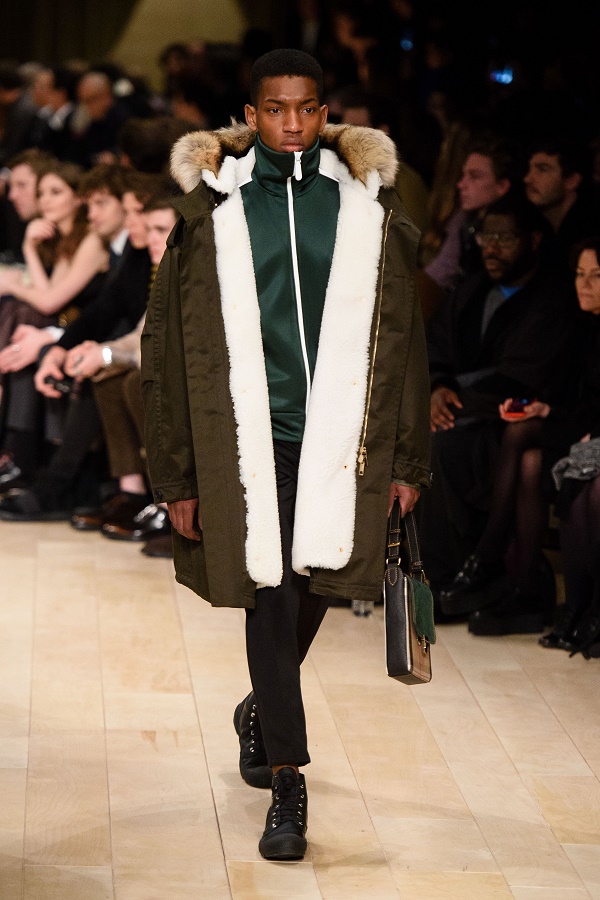 We’ve referenced the shearling coat so many times (because we love it so) and are happy to hear that this hot style is here to stay for AW 16 — promising more of its blanket-level warmth and 1970’s flair. While designers Tiger and Sweden and Gieves & Hawkes showed timeless, Steve McQueen-approved shearling jackets that are everywhere this season, it’s big-name brands like Belstaff and Coach that switched things up. Showing reverse shearling outerwear that took this to-stay trend into newer and bigger territory. If you already have this beauty for the season, by all means continue to wear it, but if you haven’t, because it’s a huge investment and can really lay a dent in your wallet, track down a more cost-effective faux shearling. It looks just as good and it’s just as warm. 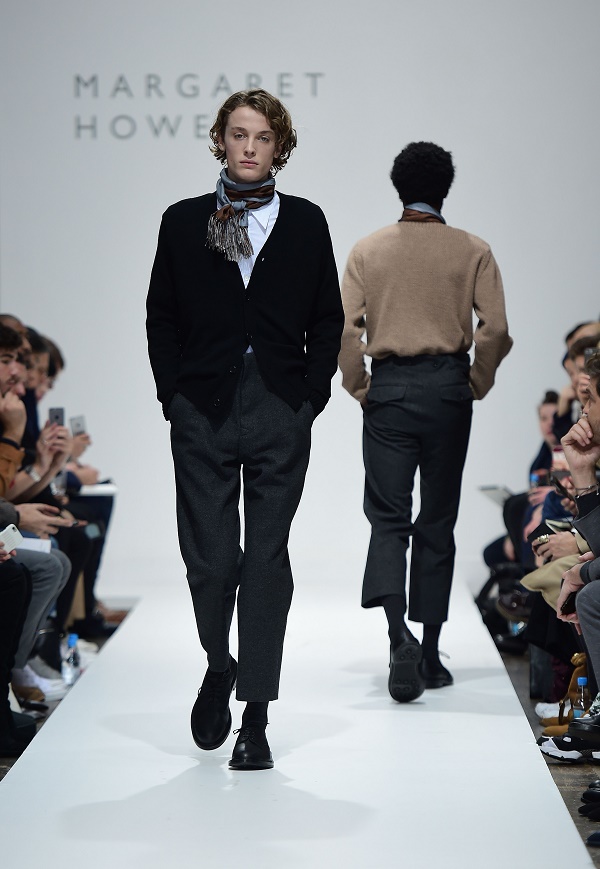 Once again, nothing new, but we do love a nice cardigan that promises all the warmth, minus the constricting nature of a crew or V-neck sweater. However, with the exception of the very popular shawl neck variety, which we’ve seen practically everywhere this season, the classic cardigan had been pushed off the runways into Banana Republic catalogs and for sale at your local thrift stores. But alas, this vintage favorite seems to be making a comeback for AW 16. YMC’s 1960’s folk-psych-inspired collection included a muted chunky patchwork style, while Richard James showed a silver-grey cable knit design styled with a loose-leg trouser and minimal sneakers that instantly shrugged off the old-man quality to the knit, and took it into modern territory.

To incorporate this one into your look now, try a heavy-gauge ribbed or cable knit version in a light neutral color like a beige or stone. Which brings us to the next trend… 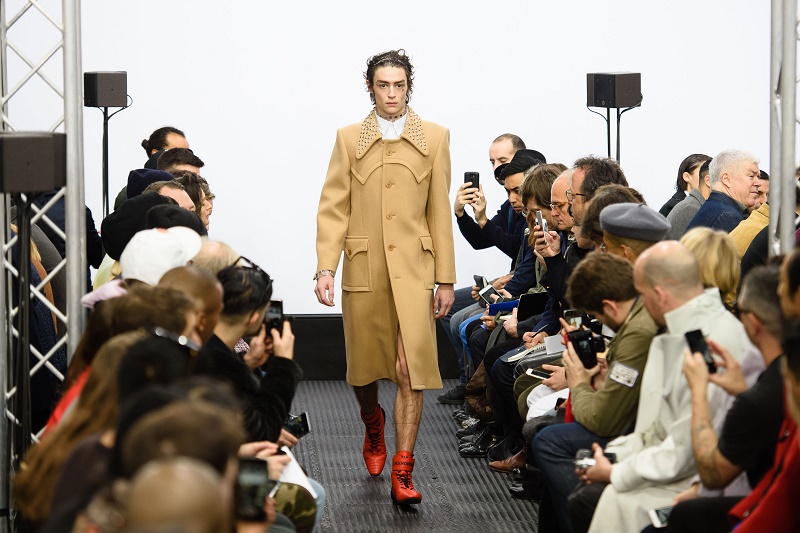 The biggest color at this year’s showcase? Earth tones. They were everywhere and all over the menswear runway. The previously mentioned Scandinavian brand Tiger of Sweden, known for it’s overly black attire, broke form and turned out copper-color suits and outerwear, while Lou Dalton went a shade or two lighter, offering the designer’s signature smart-casual staples in our favorite color this year: Camel. Incorporating color is an easy way to stay on top of the trend game. While the most obvious choice at the moment is a camel coat, why not try a suede earth tone trucker jacket and chinos in earth tones to signal your fashion savvy-ness? 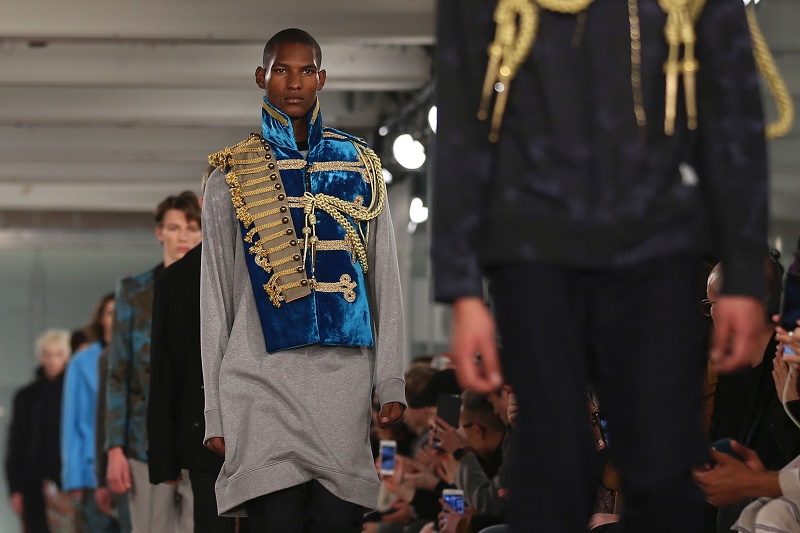 Seen most recently in Oscar Isaac’s GQ spread, body warmer-type vests sparked great interest in utility, with designers continuing their efforts to pluck the gilet from obscurity and transplant it to the city streets. The designers featured at LCM went all in with the vest: Parading gilets you’d sooner see in military barracks, while designer Astrid Andersen’s were cropped, heavily structured in the shoulders and fitted with large chest pockets. Pieter’s displayed an interesting spin on bulletproof vests.

All in all, vests can be rocked right now, and should be. It’s an ideal between-season layering piece, but in the meantime while it’s still cold out get creative and substitute your knit sweater for an insulating vest instead. It’s an instant wardrobe update.