5 Apple Rumors: From New MacBooks to Apple SIM for iPhone

At its much-hyped press event, Apple just announced the new iPhone SE and 9.7-inch iPad Pro and released lots of new software, most notably iOS 9.3. But plenty of people thought that Apple’s media event was a little boring — since it introduced devices that offer incremental updates instead of innovative new features — and are instead looking forward to hearing about the gadgets that Apple is expected to introduce later in the year. Read on to catch up on five of the most exciting rumors about upcoming Apple products.

1. An iPhone with an Apple SIM may appear sooner rather than later

Ever since the Apple SIM was introduced in 2014, Apple fans have been hoping for an iPhone that would enable them to pick and choose data plans from any carrier, without a contract and straight from their iOS devices. That dream may become a reality, and perhaps sooner than we thought. According to Apple Insider, the new embedded Apple SIM that’s used in the new 9.7-inch iPad Pro could move to the rest of Apple’s product range, perhaps as soon as on the iPhone 7 release date.

The Apple SIM originally launched with the participation of AT&T, Sprint, and T-Mobile in the U.S., plus EE in the U.K. The list has gradually expanded, and now totals eight carriers or MVNOs that offer service in more than 90 countries. Each of Apple’s current iPads can be purchased with the Apple SIM preinstalled, but so far only in a handful of locations. That will change with the new, smaller iPad Pro, since the embedded SIM means that each unit of this new iPad Pro model will have the Apple SIM built in from the beginning — though Apple has warned users that the embedded Apple SIM may be disabled or locked if you purchase the new 9.7-inch iPad Pro from a carrier.

There’s no official word yet on whether the embedded Apple SIM will appear in the iPhone 7 or even a later iPhone, but Apple Insider notes that embedded SIMs could help save space in smaller devices, which could be a significant benefit if or when Apple decides to add cellular connectivity to a future version of the Apple Watch.

2. A new MacBook is probably on its way

Apple didn’t say anything about new MacBooks at its March 21 event, but references to a new MacBook have already been spotted in Apple software. Greg Barbosa reports for 9to5Mac that Apple’s latest version of OS X Server references an “early 2016 12-inch MacBook” with a Retina display. The device would, presumably, be the second-generation version of the hardware that was first introduced last April.

Evidence of a new 12-inch MacBook was spotted in Apple’s own System Image Utility on the Mac, which is where the reference was first discovered, and in the OS X Server app that’s available in the Mac App Store. The discovery makes it seem more likely that a 12-inch MacBook will be unveiled sometime in the near future.

Additionally, Benjamin Mayo reports for 9to5Mac that a recent report from DigiTimes has claimed that Apple will introduce new 13-inch and 15-inch MacBooks by July. That news, if correct, would indicate that new MacBook Pros make their debut at WWDC, Apple’s annual developer conference. Mayo expects that Apple is planning “new MacBook Pro updates with Air-like thinness,” and notes that the fate of the MacBook Air is uncertain, given Apple’s emphasis on the new Retina MacBook and even the iPad Pro.

3. The MacBook Pro will likely get a USB-C port 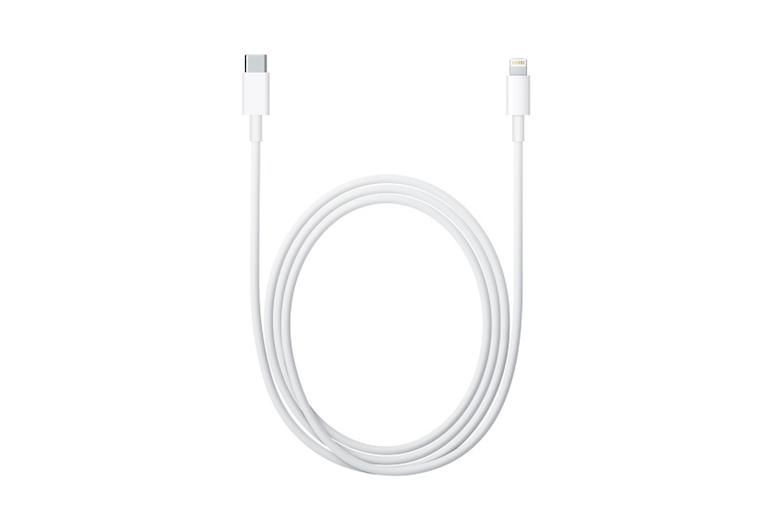 Nate Swanner reports for The Next Web that Apple’s new USB-C to Lightning cable may point to a new MacBook Pro feature. The new cable, which comes in one and two-meter lengths that cost $25 and $35 respectively, enables you to plug in an iPhone, iPad, or iPod directly into your MacBook for data transfer or to power the iOS device. That sounds relatively pedestrian, but Swanner notes that it’s an interesting time to release such a cable.

Ahead of Apple’s March 21 press event, there were rumors that Apple would introduce a Mac Mini refresh, or even a new MacBook Pro. Logically, either of those devices would have USB-C connectivity, like the MacBook. And while there aren’t that many users who probably need such a cable right now — “even though it was always kind of a no-brainer,” as Swanner explains — more users could need this kind of cable if Apple introduces USB-C-equipped MacBooks at WWDC or at a fall event. “Whenever they get here, expect USB-C to replace USB; Apple is probably tipping its hand here.”

4. Apple Pay will likely expand to mobile websites this year

Jason Del Ray reports for Re/code that according to multiple sources, Apple Pay is moving beyond apps and is expanding to websites later this year. Del Ray reports that according to multiple sources, Apple has been telling potential partners that its payment service will become available on websites. Apple Pay will be available to shoppers using the Safari browser on all models of iPhones and iPads that are equipped with Apple’s TouchID fingerprint scanner. Apple has reportedly considered making the service available on Apple laptops and desktops, but it’s unclear if it’s currently planning to launch that capability.

Apple is reportedly planning to expand Apple Pay before the holiday shopping season, and it could announce the expansion at WWDC, which typically takes place in June. Del Ray notes that the move would see Apple competing more directly with PayPal, which is a popular alternative payment method that’s supported by many retail websites. PayPal also offers a mobile payment product for websites and apps called One Touch, and that system is used by more than 250 of the top 500 online retailers. However, Apple Pay is still a quicker option for iPhone users, and the expansion would enable it to compete with PayPal in more places.

5. Apple is working to bring its iCloud infrastructure in-house

Jordan Kahn reports for 9to5Mac that recent reports from The Information and VentureBeat have indicated that Apple is working on at least six internal efforts to bring its cloud infrastructure in-house, including building its own servers, networking equipment, and “systems that could one day help developers to power their apps.” Apple’s “project McQueen” is one of those six efforts, and would see Apple building its own data storage systems. The company can’t stop using rival cloud services until it has all of its cloud elements ready, though it will be able to limit its dependence on other companies as it completes some of the parts.

Apple’s efforts to build its own servers are motivated at least in part by its belief that the servers it receives from third parties have been “intercepted during shipping, with additional chips and firmware added to them by known third parties in order to make them vulnerable to infiltration.” That suspicion may also motivate Apple’s efforts to develop and run its own cloud, especially given the ongoing controversy over its showdown with the FBI over the San Bernardino case and the encryption on its mobile devices.

In the meantime, however, Apple will reportedly continue to rely on third parties like Google, Microsoft, Amazon, and others to power its iCloud service. Sources with knowledge of Apple’s efforts report that the company is still years away from being able to stop relying on third parties altogether.