5 Common Mistakes to Avoid When Buying a New Camera

Shopping for a camera can be an overwhelming endeavor, even if you’re fairly confident in your photography skills or are a master mobile photographer. Sensors, megapixels, lenses, viewfinders, and screens: There are numerous variables to consider, and by the time you’ve made it through the technical specifications sheets for two or three cameras, you’ve probably lost track of what you were looking for in the first place.

Unfortunately, there are some common mistakes that lots of people make when shopping for a new camera. But fortunately for you, those mistakes are easy to avoid if you’re aware of them ahead of time. Read on to learn more about five of the most common camera-shopping mistakes. You’ll understand more about the technology inside the cameras you’re considering, and you’ll be better equipped to make decisions about which specifications and components really matter to you.

Megapixels aren’t the only thing you should focus on when shopping for a camera | Source: iStock

There isn’t a single specification that can tell you which camera is best for you, especially not the megapixel count. One megapixel contains one million pixels, but knowing exactly how many your camera’s sensor contains isn’t exactly useful information. Looking at the number of megapixels isn’t a reliable way to figure out which camera is going to capture the best photos. The component you have to understand when trying to figure that out is the sensor, which captures the light and is the logical counterpoint to film in a digital camera.

Light enters the camera through the lens and then hits the sensor, which translates the light into an electronic signal, which the image processor uses to actually create the image. The larger the sensor, the bigger the pixels, and the bigger the pixels, the more light they can collect (and the better your photos can be). A camera with a larger sensor will take better images than a camera with a smaller sensor even if they feature the same number of megapixels.

If you compare two cameras, both with the same number of megapixels but one with a larger sensor, you’ll get about the same number of pixels, but the pixels on the bigger sensor will be larger, and let in more light, which will yield images with a better dynamic range and less noise. If you’re concerned about the quality of your images, whether you want to share them online or make prints, the sensor will be more important than the number of megapixels, since the size of the sensor determines the size of the pixels.

2. Not considering the size of the sensor 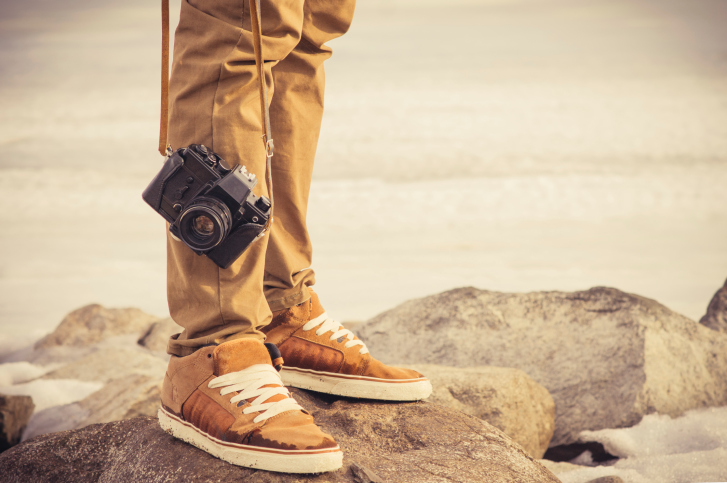 When shopping for a camera, many people make the mistake of not considering the size of the sensor | Source: Thinkstock

Cameras use different types of sensors, including charged-coupled device (CCD) or complementary metal-oxide semiconductor (CMOS), but thanks to advances in the camera industry, you shouldn’t need to pay much attention to choosing between the two. Instead, you should familiarize yourself with the different size standards that manufacturers use when creating camera sensors. In both DSLRs and mirrorless or compact system cameras (CSC), sensor sizes are full-frame, APS-C, APS-H, Four Thirds, and Micro Four Thirds.

A full-frame sensor, which measures 24x36mm, is equivalent to 35mm film in size. These sensors are large and expensive, and are found only in DSLRs, which create great images, but are often bulkier than what the average consumer wants to carry around.

Compact DSLRs, which aren’t quite as powerful as full-frame DSLRs but still produce excellent images, use an Advanced Photo System, or APS, sensor, which measures 14x21mm to 16x24mm for APS-C, and 28.7×19.1mm for APS-H. Four thirds cameras feature a 13×17.3mm sensor, and use a 4:3 aspect ratio instead of the 3:2 ratio of APS. And Micro Four Thirds cameras are mirrorless system cameras that use the same sensor size as Four Thirds, but the quality of their images isn’t quite as high.

If you plan to build a photography business, go with a camera that’s built around a full-frame sensor or a high-end APS sensor. If you plan on printing images to display at home, an entry-level DSLR or a CSC with a large sensor will be sufficient. Mirrorless cameras with large sensors can be as good or better than DSLRs at shooting video, though they’re a little bit weaker when it comes to battery life and fast startup. Additionally, consider the size of the sensor when you’re shopping for lenses, since the size of the sensor and the resulting crop factor will affect the effective focal length of the lenses available for the camera.

3. Neglecting to consider compression when planning to shoot video 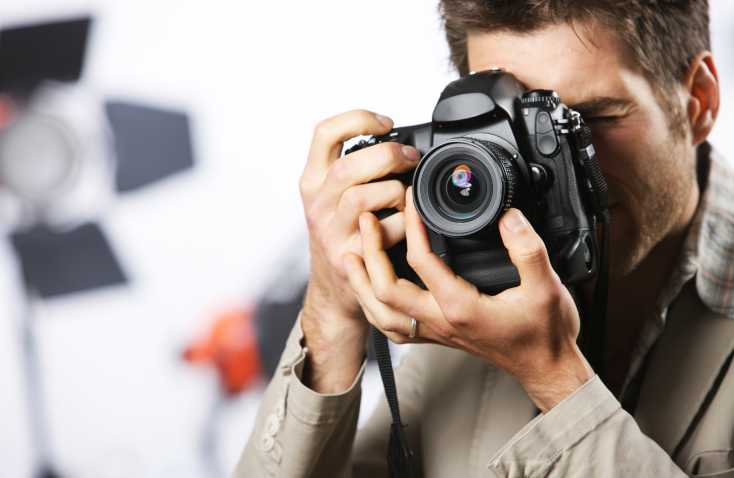 A big camera-shopping mistake is to plan to shoot video without considering compression | Source: Thinkstock

If you’re looking for a camera to shoot high-quality video, then you’re probably thinking that 4K is the gold standard you should be searching for as you shop for cameras. But most people don’t really know what 4K means, or how to use it. 4K refers to the number of pixels across the video file, horizontally. HD video, the previous gold standard, can mean a couple of different resolutions, but most of the time it means a resolution of 1920×1080 pixels. So 4K video will usually look better than HD video, provided that you’re watching it on a screen with enough pixels to display the added detail.

But what you need to be aware of with shooting in 4K is that most people don’t actually have a display to watch 4K video. (Though more and more people will in the future, so if you’re buying a camera now, 4K capability will help future-proof the purchase.) When you record video in 4K, you can do a lot of editing, even zooming in and otherwise recomposing shots, if your final video will be viewed in HD. Shooting in 4K now gives you a higher resolution than what you actually need right now, which can act as insurance that will keep your projects from looking dated in the future.

But if you’re shooting in 4K, you’ll have to do your research on compression, which is used to reduce the amount of data contained in a high-resolution video file into something more manageable. The easiest way to compress a file is to reduce its quality, but there are more efficient methods of compression that reduce the size of the file but without such an obvious hit to the video’s quality when viewed. That flexibility means that, depending on the compression, a 4K video might not offer better picture quality. In fact, a highly-compressed 4K video could end up looking worse than an HD video. Do your research to figure out which form of compression your camera uses (and what kind of memory card you’re going to need to keep up).

4. Not doing your research when buying lenses

A big camera-shopping mistake is neglecting to do your research when buying lenses | Source: iStock

Even beginning photographers are usually aware that sharper lenses produce better images. And most realize that the kit lens that comes with the camera, if there is one, often won’t illustrate the full capability of the camera. So it’s a good idea to purchase better lenses for a camera with a large or full-frame sensor, when your budget allows.

The aperture, referred to as the f-stop, controls the depth of field, or the area that’s in sharp focus behind and in front of the subject. Aperture is a relative measure for the diameter of the lens opening, and lower f-numbers indicate a wider aperture, while higher ones indicate a narrow opening, with more light behind blocked. When you leave a lens wide open, it lets in unfocused light rays, which has the effect of creating a shallow depth of field. A lens with a wide aperture — anything below f/2.8 is considered quite wide — is referred to as a fast lens, while one with a narrow aperture is slow.

Fast lenses are considered better than slow lenses. By controlling the aperture of the lens, in addition to how long the shutter stays open (the shutter speed) and the sensitivity of the sensor (the ISO), you can control how much light passes through the lens and control exactly what image you capture.

But when you’re shopping for lenses for an interchangeable lens camera, there’s another variable you have to pay attention to: the lens mount. Even within one manufacturer’s lineup, cameras can use different lens mounts. You’ll have to do your research to make sure that the lenses you’re interested in are compatible with the camera you already have, or the one you’re planning to purchase.

A commonly overlooked factor among camera shoppers is ease of use | Source: iStock

One of the easiest factors to overlook when shopping for a camera is how easy the camera is to use. You should choose a camera that fits comfortably in your hand, and puts the buttons that are most important to you within easy reach. Don’t choose a bulky DSLR if you aren’t ever going to want to take it out of the house, and don’t buy an extensive set of lenses if you’re not actually going to take the time to switch lenses.

When you’re trying out the camera at the store, check that the menus are simply structured and intuitive, or at least seem easy to learn. If the camera has a touchscreen, test-drive it to make sure that it’s responsive, and makes controlling the camera easier, not harder.