5 Cool Tech Gifts for the Guy Who Has Everything

The holidays are fast approaching, and so is the mad shopping rush that is Black Friday. But what do you get for the guy who seemingly has every gadget known to man? Shopping for these folks is super frustrating. But have no fear: We’ve scoured the Web for some of the coolest and most unique gift ideas out there for you.

So sit back, take a deep breath, and relax. We here at The Cheat Sheet have got you covered this holiday season. 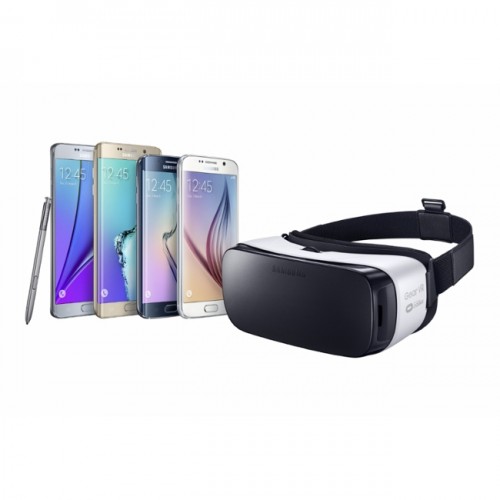 Affordable virtual reality for the masses is finally here, and it’s pretty cool to boot. Samsung’s first foray into consumer-centric VR headsets comes in the form of the Gear VR. As long as you have a compatible Samsung handset you’re in business, which right now is limited to the Samsung Note 5 or Galaxy S6. That might be a problem for some, but if that loved one is a Android-loving gadget geek and a Samsung fan, you’re in business. Early reviews of the device bill it as virtual reality’s “Atari Moment“: that is, a fairly basic first shot, but enough that it will spur mainstream acceptance. At only $99, it’s hard to see how you’d possibly go wrong here because it looks like a ton of fun. If your intended gift recipient isn’t s a Samsung user, you might look into Google Cardboard instead.

We’re a bit enamored with the Amazon Echo, the retailer’s first attempt at a digital home assistant. Echo, who’d rather go by the name “Alexa” (that’s the virtual assistant’s name, no lie), can control the lights in your home through home automation and perform a variety of tasks from checking the weather, to playing your music, or even reading the latest news for you. Of course, it can order stuff from Amazon as well — don’t act like you’re surprised. Talking to it feels like something out of Star Trek, because you really talk to it normally, and it responds back with an almost eerily human-like voice. The future is here, and her name is Alexa — and she even comes with a payment plan.

Our first two suggestions too rich for your blood? Try on Google’s new Chromecast instead. If the guy you’re looking for hasn’t bought completely into the whole “Smart TV” revolution, this puck shaped device will bring him up to speed: All it needs is a free HDMI port and a nearby powered USB port (Many TVs now have these on the back). From there it will connect to the home network and the Internet, and the mounds of free streaming video content available on the web, as well as the normal premium players like Netflix, Hulu, HBO Go, and Showtime. Google says in total its latest Chromecast has access to over 200,000 TV shows and movies, and about 30 million songs. 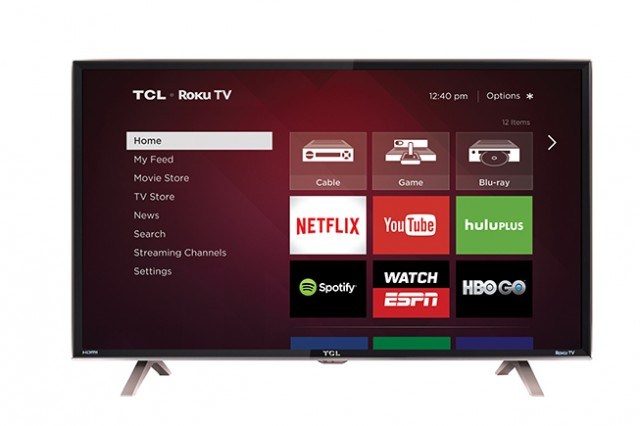 Rather go all in and get both a TV and a set top box in one? TCL’s Roku TV is it. It’s all but the cheapest smart TV on the market right now and is getting great reviews, too; CNET actually awarded this set four out of five stars. Now it won’t have the top picture quality that smart sets two and three times (or more) its price will, but for your basic entry level smart TV you cannot go wrong here. Roku is one of the best Internet TV boxes out there, and combining it with a TV is something that we’re surprised isn’t standard operating procedure. 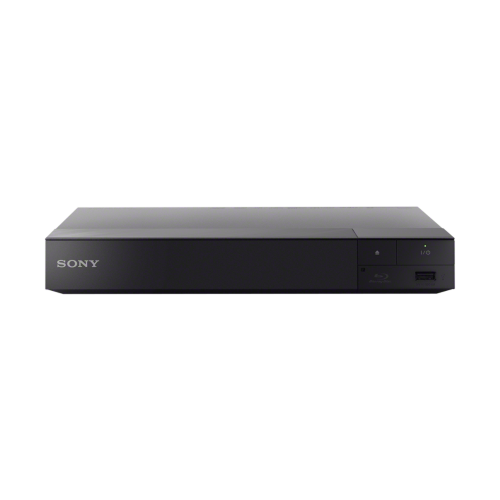 We aren’t huge fans of DVD players as gifts. After all, over the past few Christmases these have been the Black Friday doorbusters that make thoughtless presents for those for whom you have no clue what to buy. That said, the features and specs of this player from Sony caught our eye. First, you’re future-proofing your entertainment system with 4K capabilities, which all HD televisions will have over the next few years. But the coolest feature? PlayStation Now is built right in. All you need is a PlayStation game controller, and you’ll be able to play PS3 games using just an Internet connection. Look for this player at Wal-Mart and watch it over the holidays too — it may be one of the cheap players when the sales are announced.