5 Free Android Apps You Can’t Get on an iPhone 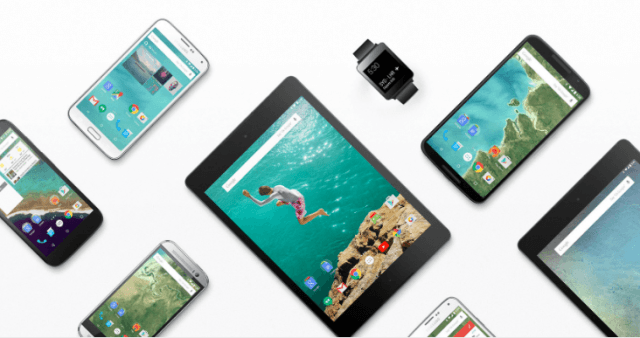 Android users tout the operating system as superior to Apple’s iOS. Google gives developers considerably more freedom in what they can do in their apps, and the result is quite a few apps that simply have no iOS equivalent.

We’ve combed through the millions of apps available on Google Play and came up with these five apps that we think you’ll want to download today to impress your iPhone-toting friends. Who knows, you might even get them to switch. 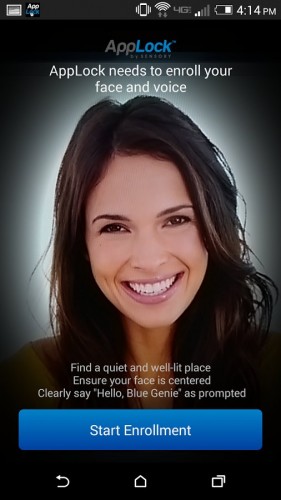 Apple focuses on using your thumbprint as a secure way to lock up your iOS device. While it is a good deal more secure than just a passcode, Android users have additional options and customization to secure their devices. One of the apps out there that does this is AppLock.

Instead of using your fingerprints, AppLock learns the sound of your voice and what you look like to unlock your device. Unlike iOS where only the entire device is locked by your passcode, you can set AppLock to use face and voice recognition to lock specific apps. AppLock also lets you set up a PIN or password just in case either face or voice recognition fails.

There are also additional security features to prevent spoofing. For example, the app will ask you to move your face during a face unlock, preventing somebody from attempting to use a picture of you to gain access to your private files. 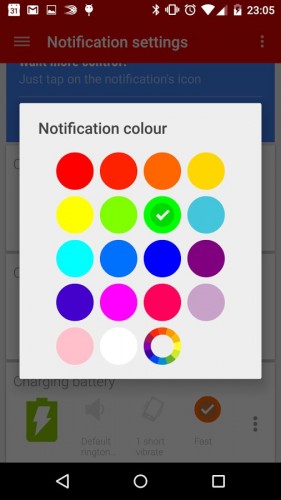 Being primarily an iOS user myself, I’ve set many of the iPhones I have to flash the LED flash when I get incoming notifications. But one of the things that makes me jealous of Android users is the multi-colored notification LEDs that are found on most if not all modern Android smartphones.

Light Flow is an app that allows you control the operation of those LED notification lights. You can set each different color for a specific app — say blue for new Facebook notifications, or red for new emails in Gmail — and customize the sound and vibration notifications, too.

There is a premium version that allows for additional notifications, but for most the free version provides enough that we don’t think you’ll really need to shell out the $2.49. Regardless, if your phone is constantly buzzing with notifications, Light Flow makes it easier to know what they are without actually looking through them. Pretty cool stuff. 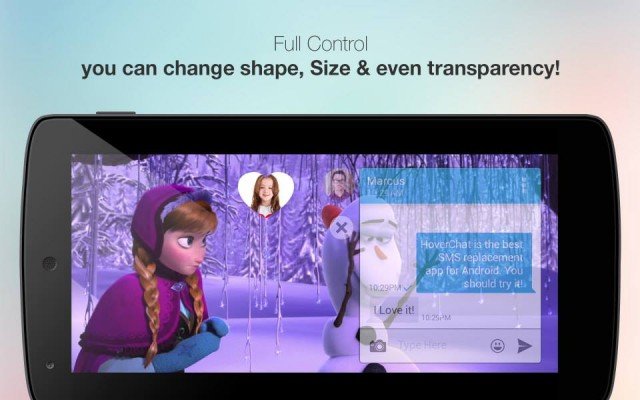 When it comes to your native apps, iOS does not let you replace them. You can download others that emulate the functions of those apps, but the native apps still remain the default. Android is quite different in this respect, and HoverChat is a replacement for your stock messaging app.

What makes HoverChat different is the capability to stay in whatever app you are in and still respond to messages. When a message is received, the window pops in over the current app without interruption. You can set the transparency to your liking, and you even can have multiple messaging windows open at once.

If at any time you’d like to go back to Android’s stock messaging app, all you need to do is turn it off through a setting in the app itself. We see this as useful when you’re watching movies: While you might not want to be interrupted during gameplay, having the capability while watching video seems like something we’d be interested in. 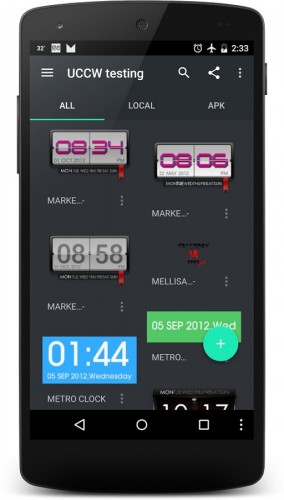 Android’s greatest strength is its deep customization abilities, and its take on the homescreen is one of the parts of the device you can change. One of the most noticeable features of many android homescreens is the widget, and UCCW allows you to build you own homescreen widget.

You first select a skin, and from there select time and date information, weather forecasts, or other data to include. You can make the widget as simple or as complex as you want. If you’re especially daring, you can even built your own widget skins completely from scratch.

If that’s too much, we were able to find a host of skins on Google Play created by the developer, and a Google search should come up with quite a few more if you take a little time to look. 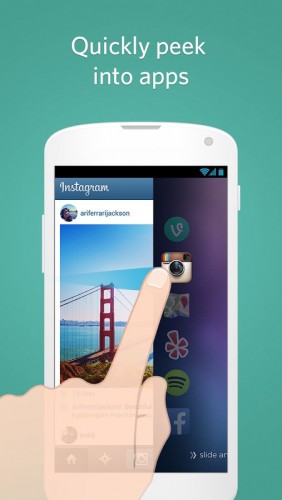 Apple is making its lock screen a little more useful, especially in giving you access to apps it thinks you might be looking for. The functionality is limited though, and only works based on location or times of day (it learns your usage habits).

Cover Lock Screen works much like iOS in how it learns your usage patterns based on locations and other factors. However, giving you the ability to both peek into apps and the capability to support more than one app at a time makes it far better in our opinion. Another quick note: Cover was recently acquired by Twitter, so we’re likely to see even more cool features in this app quite soon.