5 Free iOS Apps You Can’t Get on Android

iPhone or Android, which one is better? There are fans of either side that will argue their position until they’re blue in the face. When it comes down to it, for the most part on the app side of things there’s not too much of a difference.

There are a few standout apps for the iPhone which you won’t find on the Android platform though. We’ve found five apps that don’t really have an equivalent that’s nearly as good for Android, and they might just be enough to get you signed on to Team Apple. 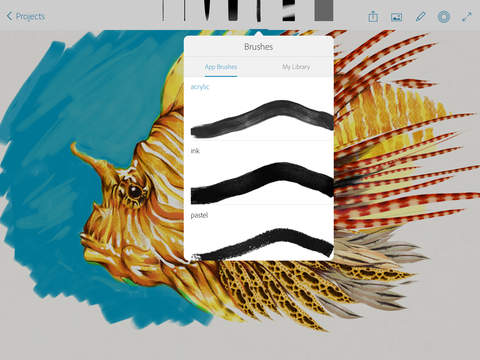 Apple computers have long been the go to for the artistic set, and Adobe has appeared on stage numerous times with Apple to demo its applications. While some of its apps do have Android equivalents, one that does not is Adobe Photoshop Sketch.

Sketch is aimed at those looking for a comprehensive drawing application with a host of different pencil and brush tools. The app itself supports the latest styluses, including Apple’s new Pencil for the iPad Pro. The app uses Adobe’s Creative Cloud to allow users to save their works to the cloud, which then can be opened in the latest versions of Photoshop and Illustrator for further editing. The Creative Cloud can also be used to either store or download other custom tools, according to Adobe.

Other cool features include perspective grids, which allow you to draw 3D pictures in a 2D space easier, access to Adobe’s stock content for free use within your works of art, and integration with Behance — the company’s collaborative service for artists. 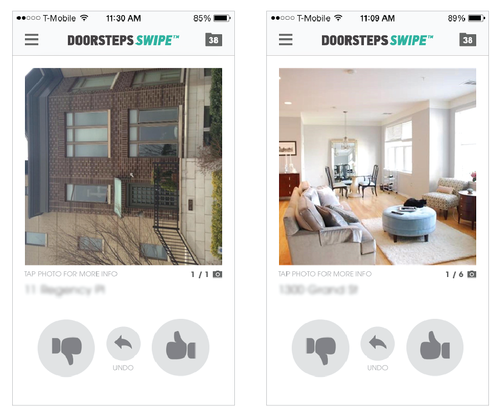 Tinder might be an app on your iPhone, but did you know that real estate has an app just like it? Powered by the National Association of Realtors, the app allows you to quickly run through listings in your area or in another location which you select.

Just like Tinder, you can swipe left and right on properties you like and dislike, and over time the app itself begins to learn your preferences and attempt to serve you homes that it thinks you may like. The app isn’t only for those looking to buy a home: Realtor says it can serve you properties for rent, too. You can even tell the app to “Surprise Me,” which can show you similar homes around the country.

Have you ever had a moment where pictures and video just weren’t doing a moment justice? Enter Steller, an app which allows you to combine pictures, video, and text into a multimedia story. It reminds us a lot of the multimedia features found in many modern news articles which help to add to the overall story, and it’s pretty easy to use, too.

You have the option to share your Steller stories either via email, SMS, or on other social networks. The app is even a social network in and of itself: you can set your stories to be public and share them with other Stellar users and follow and comment on them much like you would on Instagram or Facebook. The stories are also shared on Steller’s website, too.

We found some pretty creative uses while snooping around, on a variety of topics from travel, to holiday and landscapes as well. 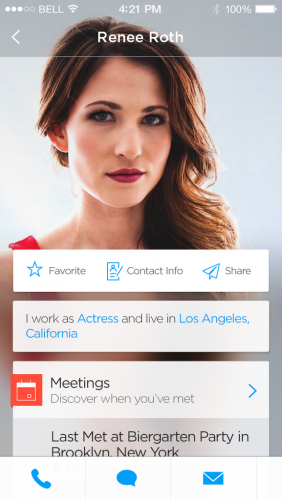 Trying to remember how you know somebody from just looking at your address book? It’s pretty difficult. I know I’ve tried to put notes in with the name to figure out who’s who, only to look at it later and still not be able to figure out who that person is.

Humin attempts to sort and make your contacts searchable by tagging them the way that you think. When you save contacts in, you’ll be able to tag them with supporting information, such as where you met them, who you know them from, and where they work. It also uses content from social networks to further add useful information to remember who’s who.

The result is a search that works the way you think: For example, you can search “met last week,” or “friends with Ashley,” and so forth. The app also pulls in location data in an attempt to bring nearby contacts to the forefront, so you don’t have to search through your address book to find them. Think of it as your own digital butler. 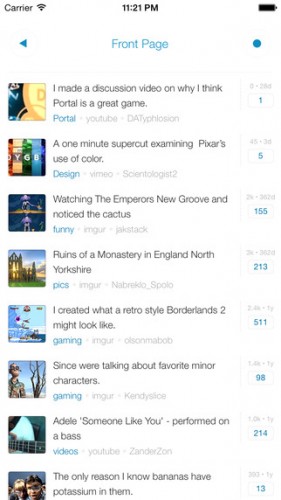 Ever try to browse Reddit on your iPhone? It’s a mess. Alien Blue aims to save us in that regard, reorganizing the popular site into an interface better suited for the small screen. Better yet, it is developed by Reddit itself (it was acquired from a third-party developer last year).

Threads are organized in the same way they are on Reddit, and you can tap on videos and pictures to preview and play them without losing your spot.

Alien Blue isn’t just a reader either. You can post content to the service from within the app, and images uploaded are automatically uploaded to Imgur to ensure they’re viewable by everyone regardless of what they’re using to read the latest Reddits.

While the app itself is free, you can choose to upgrade to the pro version for a small fee which unlocks the ability to switch between accounts and hide read comments and reddits with one tap, among other features.