5 Gadgets to Bring Along on Your Next Camping Trip 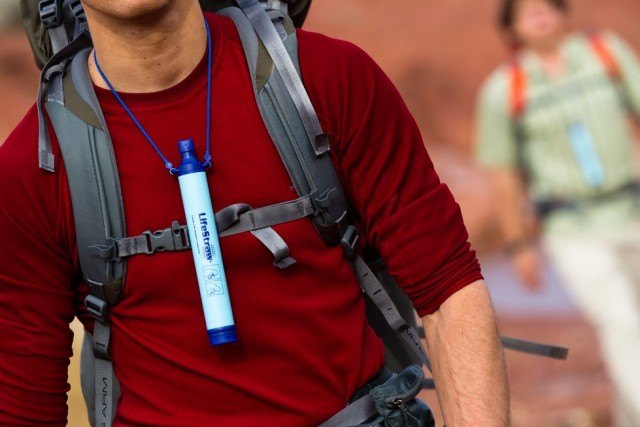 Camping out in the wilderness has its caveats, but with today’s connected world — and when you have lots of devices to worry about — it can make things a bit difficult. That’s not to say you shouldn’t be enjoying nature, because you should. Sometimes, it’s just good to have a few gadgets lying around to make your experience… well, smoother.

Take, for example, citronella candles or bug spray. Without those two things a camping experience could get real bothersome real quick. Of course, those two things aren’t exactly what you’d classify as “gadgets” when you boil it down.

Aside from taking a mobile home or camper with you the next time you take a trip into the wilds, there are a few things you want to pick up before you set off. Like what, you ask? These next five gadgets we’re going to explore would be great to have in handy the next time you’re out camping.

Sometimes, it’s just better listening to music than the silence of the wilderness. Mind you, we’re not proposing you drown out the sounds of nature for your entire trip, just when you need a bit of background entertainment.

The Fugoo speaker is a rugged, durable speaker that has a long battery life — it can last up to 40 hours on a single charge. How rugged is it? It’s been drop tested up to 6 feet, and it is waterproof, sand and snow proof and shock resistant.

Inside it’s equipped with a total of six drivers: two tweeters, two mid-woofers, and two bass drivers. They can produce a vibrant 360 degrees of sound. Just set the speaker down and tap in through wireless Bluetooth to get listening.

There are several mounts available for the Fugoo — attachments for bikes, straps, remote controls, and that kind of thing. You can customize the portable speakers to your liking by swapping out jackets at will.

For $199.99 you get the core speaker system and a jacket of your choosing. 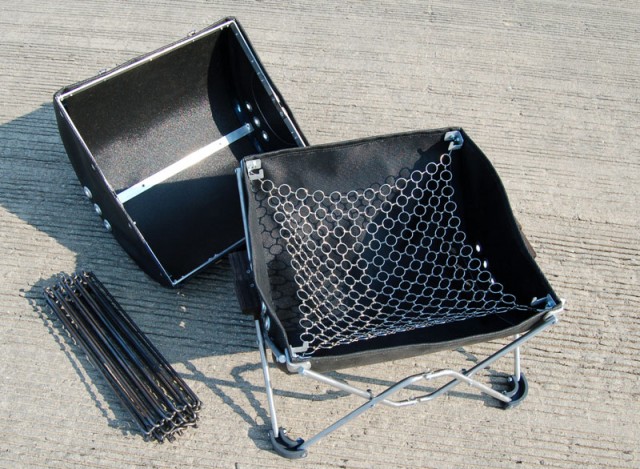 Most campsites have a grill or place to cook your food available, but what do you do when there isn’t one? Whip out your GoBQ and get cooking, that’s what.

Boasting a “20 second setup” the GoBQ is a portable fold-up barbecue grill. It’s designed to be lugged around and used wherever you are, whether that be at a campsite, out in the wilderness, at a festival or public event or even in your backyard. The project was originally crowdsourced via IndieGoGo and met its financial goal by 300%.

You’ll need to find a way to carry around charcoal too, because that’s what kind of grill it is; you’ll need a place to dump the embers and ash too before folding it back up. As for cleaning the grill, you can just spray it down with water for a quick clean and if you want to clean it more thoroughly you can use soap as well.

You can pre-order the grill now for $149, but it’s likely the price will be higher when the GoBQ officially launches. No word on an exact release just yet.

Oh, and don’t worry about it staying hot for long because it’s been made with unique materials that allow it to cool down relatively fast. 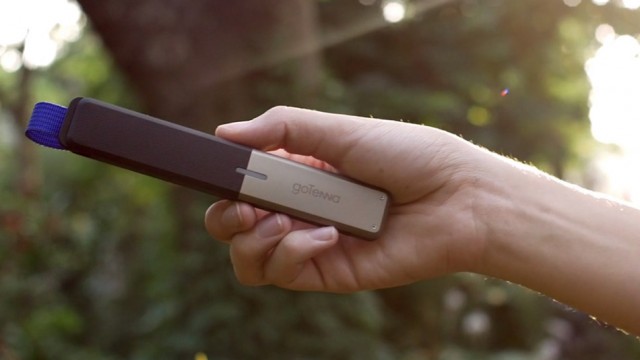 Smartphones are great for staying in contact, especially with kids or immediate family, but only when they have service. If you’re out in the middle of nowhere, you might have a few problems trying to keep up with everyone’s current whereabouts.

The goTenna is a small device that can be paired with your smartphone to send out messages and your location even when there’s no signal available. It uses long-range VHF radio waves to communicate with other goTenna devices. Through the combination of a mobile app, and multiple goTenna transmitters you can remain in contact with your family no matter where you are or how terrible the signal gets.

That might not seem like much now, but if you’re out in the wild without signal — or someone in your family gets stranded — it could save lives.

The goTenna can be pre-ordered now at $149.99 for two devices which can be used to communicate with one another. After launch, the same bundle will be $299. 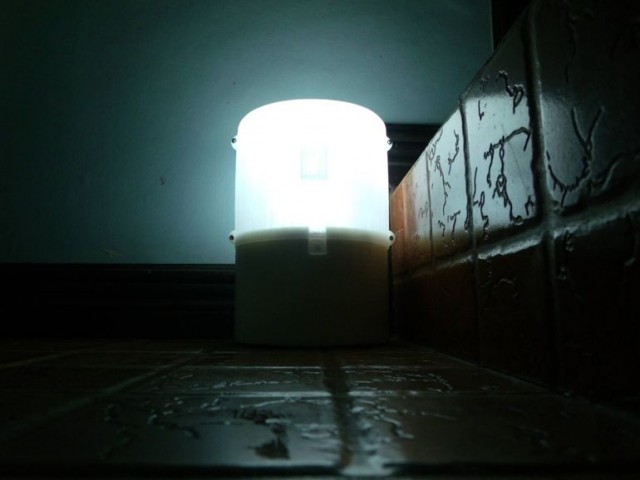 At some point, you will need light other than what’s provided by your campfire, and it’s probably best if you didn’t try to do it the old fashioned way and light a torch. Instead, why not go for something a little more modern, like an electric lamp?

The Sustainable Alternative Lighting lamp — or SALt Lamp for short — can be powered for up to eight hours with just a single glass of water and 2 tablespoons of salt. That’s it!

This is possible because the SALt LED lamp is powered by something called a galvanic cell battery. The battery is hooked up to two electrodes, which in turn rest in the salt water. The salt water acts as an electrolyte solution and allows the electrodes to generate energy, which is then converted and stored in the battery for use with the internal bulb. In short, the system turns the salt in the water into an energy system and converts that energy into power for the LED bulb.

The electrodes don’t last forever, unfortunately, and will need to be replaced but they should have a relatively long life cycle. According to the manufacturers, the electrodes can be used for a total of six months at up to eight hours per day before they’ll need replacing.

As a bonus, the light includes a USB port on the side which can charge smartphones when your juice is running low. That can help out considerably when you’re out in the middle of nowhere and there are no electrical outlets available.

No price has been announced for the lamp yet, and it’s not due out until sometime in 2016. It definitely sounds like it’s worth the wait, though. 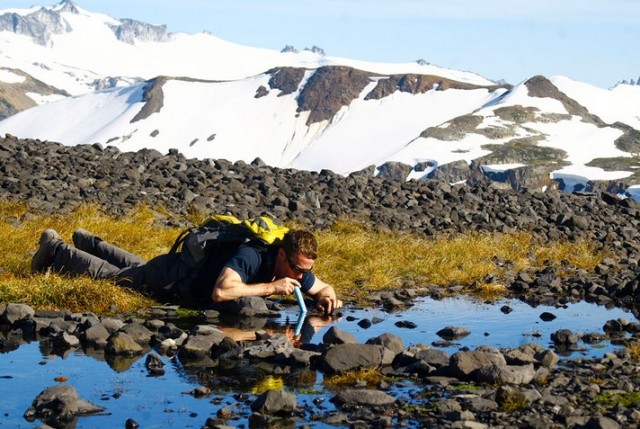 Run out of water? No problem. The LifeStraw is a small device that allows you to drink water from any source, even one that’s not filtered in any way. It has an integrated filtration system that can supposedly remove 99.9999% of bacteria and 99.9% of protozoa from the water before you gobble it up. It also happens to be both chemical and BPA free, which means it’s healthy and safe to use.

Normally, you’d have to boil water before consuming it if it’s from a contaminated source. Even if that source doesn’t look contaminated, there’s just no way to tell whether it can make you sick or not — especially if it’s been sitting for a long while.

The LifeStraw is only $19.95, but you can pick up additional water filtration containers including a family sized one for more.