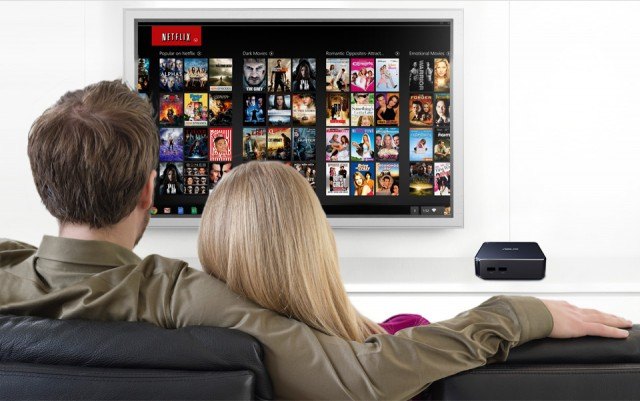 You can always purchase a set-top device like Roku, Google Chromecast, Apple TV, or even the Amazon Fire TV. However, these devices have limitations on what type of content or media they can stream. It would be much more beneficial to connect a computer or PC to your TV. Then you can stream all kinds of media, but you can also browse the Internet, play games, and run applications.

Nobody wants a large tower sitting beside their TV, though, and laptops tend to look silly, and, really, they’re only temporarily useful in this regard. Who wants a messy console or entertainment system with wires protruding everywhere?

That’s where Mini PCs or HTPCs come into play. 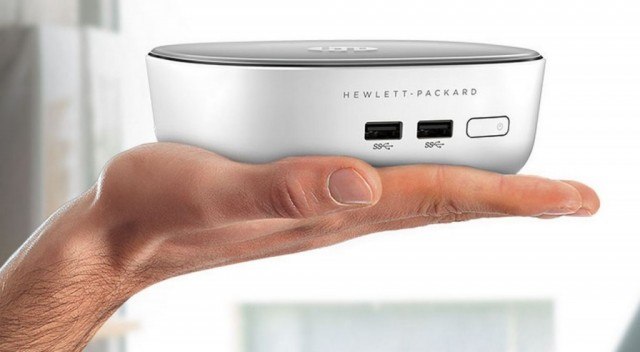 The HP Pavilion Mini is a budget-friendly mini PC that can give your dumb TV a complete overhaul for about $320.

It’s powered by a 1.7GHz dual-core Intel Pentium 3558U processor and 4GB of RAM. It also has a 500GB SATA drive for storage and Wi-Fi 802.11 b/g/n support. There are plenty of peripheral ports too such as a DisplayPort, HDMI, USB 3.0, Ethernet, 3.5mm audio, and an SD card slot. It even comes with a wireless mouse and keyboard.

Why is all of this relevant? Again, you can connect this affordable Windows desktop to your TV and effectively turn it into a “smart” TV complete with Internet access and streaming capabilities. Since it’s essentially a slimmed down desktop, you’ll be afforded much more functionality than if you were to go with a set-top box like the Chromecast or something similar.

Even better, you have the option of customizing the experience; meaning you can tailor it to meet your needs. If you want to install something like Kodi — previously named XBMC — and completely transform your TV into a digital multi-media center you can do just that.

The Asus Chromebox offers something a little different. Instead of a desktop running Windows, you’re getting a system powered by Google’s Chrome OS.

It’s important to note that with the Chrome OS everything is essentially done within a browser window. If that’s a turn-off to you then take a look at one of the other mini PCs on this list.

Additional features include Bluetooth 4.0, Wi-Fi 802.11 b/g/n, and a bundled keyboard and mouse; wireless or wired, your choice. There are a plethora of ports such as a DisplayPort, HDMI, Ethernet, 3.5mm audio, USB 3.0, and an SD card slot.

If you’ve ever used a Chromebook before then you’ll feel right at home with the Chromebox. If not, you might want to do a bit of research on the Chrome OS before making the leap. Still, it’s a great system especially if you want to turn your boring old TV into something much more accessible. 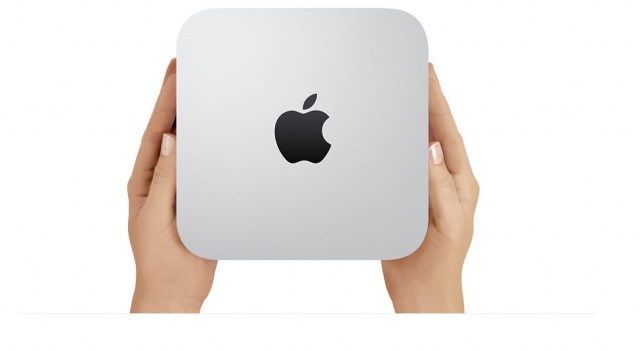 If you’re partial to Apple products and would much rather have a slimmed down system running OS X, then the Apple Mac Mini is the way to go. It’s quite a bit more expensive than some of the other PCs on this list, starting at $499. Depending on the features you choose, it may be as high as $999.

Like the other mini PCs on this list, it’s a compact, portable desktop that you can connect to any display and turn “smart”. It comes with the keyboard and mouse you’ll need to operate the system, so no worries there. In fact, it comes with everything you need right out of the box.

The cheapest model is powered by a 1.4GHz dual-core Intel i5 processor and 4GB of DDR3 RAM. It’s also packing an Intel HD Graphics 5000 chipset and a 500GB hard drive for storage.

All you need to do is plug it into a display and you’re off! It’s essentially like taking a Mac — laptop or desktop — and hooking it up to your living room TV. You can browse the web, watch videos, play music, play games, and much more. Since it’s running OS X Yosemite, you even have access to Apple’s robust selection of applications including Photos, iMovie, GarageBand, Pages, Numbers, and Keynote.

You can’t go wrong with this one. 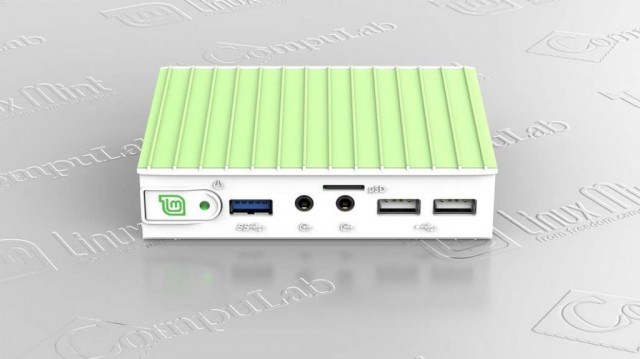 Not a fan of Windows, Mac OS X, or Chrome OS? No problem! Take a look at the Mintbox Mini, a lightweight, portable computer running the Linux Mint distro.

For hardware, it includes an AMD A4 6400T quad-core processor, 4GB of RAM, and Radeon R3 graphics out of the box. In addition, it has a 64GB solid state drive for storage. What does all of this mean in layman’s terms? If you’re a layman you’re probably not going with a Linux machine, but that’s OK, we’ll indulge you anyway.

The Mintbox Mini is more than capable of handling HD video playback, web browsing, productivity tasks, and software applications. For connectivity, it offers HDMI, 3.5mm audio, microSD, and USB 3.0. Of course, it has an Ethernet port and Wi-Fi 802.11 b/g/n support, as well. The most impressive feature is that the processor is passively cooled, which means the Mintbox is virtually silent.

It’s $295, with a portion of the sales used to fund Linux Mint development, and it comes with a 5-year warranty. 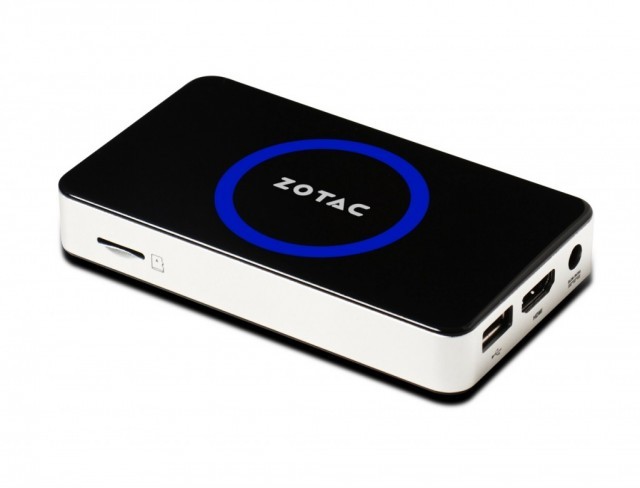 If you’re looking for something ridiculously small and lightweight, then you might want to consider the Zotac Zbox Pico. The case for the Pico measures only 4.6 x 2.6 x 0.8 inches. To spell it out for you, this little guy can fit in your pocket.

It’s running Windows 8.1 out of the box and has some pretty solid hardware inside for such a small device. An Intel Atom quad-core processor and 2GB DDR3 RAM power this thing, with Intel HD graphics and 32GB of internal storage. Then there’s USB 2.0, microSD, Ethernet, and HDMI ports. Top it all off with Bluetooth 4.0 and Wi-Fi 802.11n wireless connectivity and you’ve got yourself a decent little rig.

Sadly, it doesn’t come bundled with a keyboard and mouse so you’ll need to lug those around with you if you don’t have them handy. Still, this thing is such a great way to get your dumb TV hooked up to the Internet and streaming content. You might even throw it in your pocket and take it to a friend’s to make their dumb TV smarter for the evening.