5 Mistakes You Should Never Make…With Your Underwear 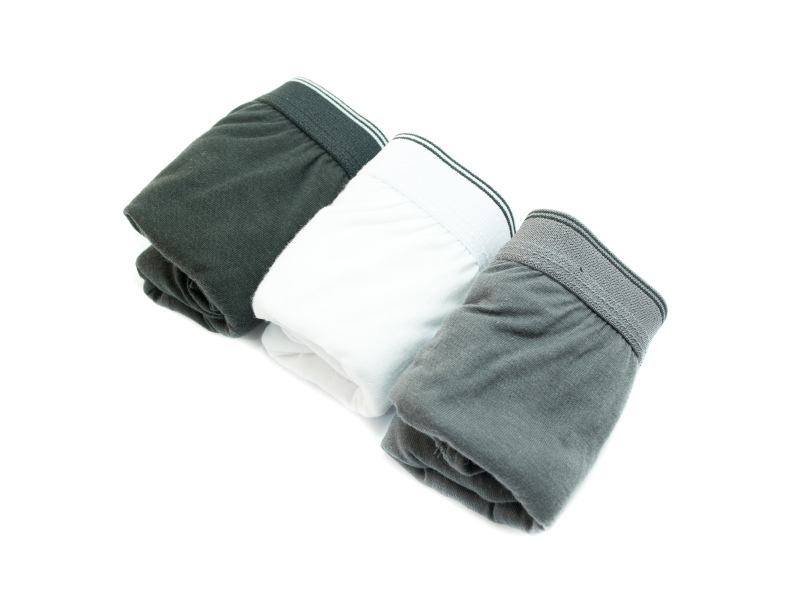 Once you reach a certain age, there are certain sartorial mistakes that are inexcusable: baggy pants, pyramid-studded black leather belts, and printed bedazzled jeans with rhinestones, to name a few. Then there are the some fashion choices that are hidden for the most part. Although they’re not noticeable to the outside world, they can affect the way you wear your clothes. Listen up, guys: There are six underwear mistakes you might be making, which can make you feel uncomfortable and self conscious. Sometimes it’s the things that we don’t see that matter. When it comes to comfort and style, here are five underwear mistakes to never make.

1. You don’t get a few new pairs every six months

The Gentleman’s Gazette points out that although your underwear may be in good condition at the six-month mark, wearing the same ol’ pairs might be hurting your confidence. Men are not immune to a pair of good underwear’s charm. You will project more confidence if you’re wearing a nice pair of briefs, not boxers, under your expensive suit, instead of that ratty old pair you’re used to wearing.

No one is telling you to buy diamond encrusted briefs, but spend a little bit, especially for an article of clothing that sits in a very personal place on your body. If you buy cheap underwear, you’re basically getting what you pay for, says The Underwear Expert. You don’t think twice about dropping $200 on a pair of oxfords or jeans, why are you getting those cheap multi-packs for under $5? Buy a few good pairs, and you may end up saving more money in the end because they’ll last longer. Get a nice pair (or few) that will treat your body with respect. Make sure they also feel great and look the part.

3. You put off washing your underwear

Regardless if this is because of laziness or you trying to be eco-friendly, please do not put off washing your undergarments. There are other ways to go green. The average pair of dirty underwear contains between 1/10 and 1 full gram of feces, says Dr. Philip Tierno, director of clinical microbiology at New York University and author of The Secret Life of Germs to Men’s Health. Your underwear is a hidden cesspool of your own germs, so make sure you kill them by washing them in high heat 150 to 160 degrees Fahrenheit, and bleach your white briefs every now and them to ward off germs.

4. You tuck your shirt into your underwear

GQ calls this one probably one of the dorkiest things a man can do. You might be man with a recurring shirttail problem but it’s something that’s easily fixable: Your trousers might be too low rise, or you’re not buying the right shirts and pants for your shape. Plus, this can cause more billowing of the shirt, not less, like you had hoped when you employed this technique. Another easy fix? Before buying shirts and pants, make sure you try sitting and moving around a bit to make sure the shirt is long enough and that it’s not popping out. Or may we suggest a belt?

5. You don’t pair your underwear with the right oufit

You have to know that there are some types of underwear that you just can’t wear with certain pants — like wool. For example, don’t wear boxers with fine wool pants. Although some boxers don’t bunch up when you sit down, when you wear them under fine wool pants, the lump clump of unruly boxer fabric can destroy the look of the pants, says Men’s Health. When it comes to dress pants, briefs or boxer briefs are where it’s at because they’ll hug your body, smoothing your appearance. When it comes to your workout underwear, cotton just won’t do, unless you like the feel of massive amounts of sweat on your bottom. If you’re not wearing running shorts that have built in support, opt for a technical fabric, like Lycra, polyester and/or spandex to whisk away perspiration so you can have an enjoyable workout.