iOS has its pros and cons, but you can’t believe everything you hear about Apple’s mobile operating system | Apple.com

iPhones, and Apple’s iOS platform, are everywhere. But that doesn’t mean that all of the chatter you hear about the mobile operating system is correct. In fact, there are a number of persistent misconceptions about iOS that are probably clouding your understanding of how the operating system actually works. That’s especially true if you’re trying to figure out what the real differences are between iOS and Android. Read on to learn about five iOS myths and to find out why they’re incorrect.

1. iOS is immune to malware

Many users think that because iOS is a closed system, over which Apple has extensive control, it’s impossible to end up with malware on an iOS device. Unfortunately, that’s just not true. Even though Apple reviews all of the apps that are listed in the App Store, it’s still possible for infected apps, or apps that compromise your phone’s security, to make it into the App Store. (For an example, just look to the recent situation in which Apple removed some ad-blocking apps from the App Store. It came to the company’s attention that the apps in question were installing their own root certificates, and therefore theoretically able to gain access to encrypted traffic.)

iOS devices are also vulnerable to network attacks, which can occur over Wi-Fi networks in coffee shops, airports, and other places where you might not be as careful as you should be. That’s one of the reasons why you should be careful and take precautions when you’re connecting to a free Wi-Fi network. Even if you’re connected to a network that you’ve used before, a hacker could also be on that network and access your communications, your passwords, and other personal information. Though iOS may be easier to keep updated than Android, that doesn’t mean that you don’t need to pay attention to security.

By now, it’s common knowledge that Touch ID is hackable, in part because the iPhone’s form of biometric authentication relies on your fingerprint, which a determined hacker would be able to lift from something you’ve touched. But for the average user, who doesn’t live in a spy movie, this is a pretty unlikely scenario. Just like finding out that your phone has been tapped.

It’s true that Touch ID has its flaws, and it’s possible for someone to exploit those flaws to gain unauthorized access to your iPhone. But in practical terms, it’s extremely unlikely that someone is going to obtain a viable fingerprint, even from your iPhone itself, properly lift the print, and then use expensive equipment to create a fake fingerprint that can fool the system. Are the photos and app data that you have on your iPhone worth all that trouble to somebody else? Probably not.

The bottom line? Touch ID isn’t perfectly secure, but no form of biometric authentication is. If you have a spy-novel-worthy hacker after you, it’s possible that Touch ID could be used to access your phone. But for casual and opportunistic thieves? Touch ID isn’t going to make your personal information easy to access. As with any mobile operating system, iOS does have some vulnerabilities. But if you do your part to keep track of your phone, then you shouldn’t run in to problems.

3. You can change everything on iOS that you can on Android

Android is known for its customizability, but a lot of Apple fans think that recent updates have made iOS just as customizable as Google’s much-more open operating system. That’s simply not true, since iOS is a “walled garden” that still leaves a lot of control in Apple’s hands. While you can completely change the look of the interface on Android, for instance, that’s not easy to do on iOS, and you won’t be able to make all of the changes on iOS that you can on Android.

Sure, you can jailbreak your iPhone to be able to customize it any way you want. But we really wouldn’t recommend jailbreaking your phone. A jailbroken iPhone can’t download updates or security patches without reverting to its original state. And jailbreaking brings unforeseen consequences, like features and apps that may stop working, battery life that can become shorter, or software that keeps crashing. If you want control over the look and functionality of your mobile operating system, you’ll be much better served by choosing an Android smartphone rather than an iPhone.

It’s worth noting that Apple has changed the customizability of its operating system to a certain extent with recent versions of its operating system, perhaps in response to complaints from users who would like more control over what they can do on their iPhones. While users accustomed to Android used to complain that you couldn’t change the default keyboard used in Apple’s operating system, Apple began allowing third-party keyboards with the introduction of iOS 8. That means that you can choose an alternate keyboard to use throughout the system, something you could previously control only on Android. And iOS 10 brought, among other features, the ability to delete stock apps you don’t want. But iOS still doesn’t match the customizability of Android.

4. Apple invented apps, so all the goods apps go to iOS first 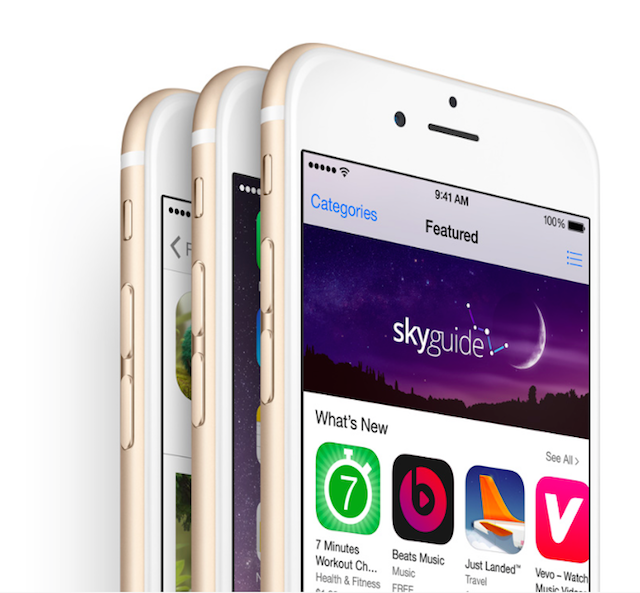 First of all, it’s a common misconception that Apple “invented” apps with the introduction of the iPhone and then the App Store. That’s simply untrue. When the first iPhone launched in 2007, it was basically an iPod Touch with calling functionality added — no 3G connectivity and no App Store at launch. While Apple could be credited with popularizing the idea of mobile apps when it did introduce the App Store, it really didn’t invent apps. Things like calendar apps, ringtone editors, and basic mobile games were around long before Apple built its first phone.

As for the myth that all of the good apps go to iOS first, this isn’t as true as Apple fans would like to believe. It’s true that there are lots of developers who release new apps on iOS first. (If Apple’s iOS was the programming language and platform that you were most familiar with, wouldn’t you start there, too?) The iOS App Store is also a better place than the Google Play Store for paid apps or apps with in-app purchases. But any developer who wants wide distribution will publish on both iOS and Android, even if his or her technical background influences the choice of which app is completed first.

The Android and iOS app stores have a roughly equivalent number of apps. If you’re an Android user who’s gotten the impression that all the apps that you’d want to use go to iOS first, it’s likely because many startups in the United States are run by iOS users, particularly in Silicon Valley, where the iPhone dominates (at least according to anecdotal evidence). But you can find great apps for both mobile operating systems, and when choosing between iOS and Android, you should research which platform will enable you to use your favorite apps.

When you’re comparing smartphones, it’s easy to get caught up in how their technical specifications stack up against each other. And if you’re comparing a high-end Android smartphone against one of Apple’s iPhones, there are likely at least a few areas where the Android phone seems to be obviously better. But there’s more to a phone than its specifications, a truth that will surface again and again if you read experts’ reviews of the phones you’re trying to compare.

An obvious example is how megapixels, the easiest specification to compare when you’re dealing with two different phones with unique camera systems, don’t offer the whole story when it comes to the camera’s performance. Read about how reviewers found the cameras to perform in low light, with moving subjects, or in tricky backlit situations. Find out how accurate the colors appear to be, how easily the camera focuses on the intended subject, and how well any enhancements, like optical image stabilization, actually function in the field.

Another key area where simply comparing specifications without further research will leave you without a good look at the whole picture is the phone’s processor. Many new Android phones are powered by octa-core processors, which sound a whole lot more impressive than the quad-core A10 processor used in the iPhone 7 or the dual-core A9 processor used in the iPhone 6s. However, as NDTV clarifies, not all octa-core processors are created equal. A better indication of a processor’s power is the core architecture, which influences the chip’s power efficiency, heat dissipation, size, and performance. A processor will need to keep up with the smartphone’s screen and the graphics it demands, and again, you’re best researching the performance of the phone before making any assumptions based solely on specs.