5 New Smartwatches That May Just Be Worth Buying

It seems that almost every week, several tech companies, large or small, unveil brand-new smartwatches. Unlike in the early days of wearable technology, many of those devices actually have the sensors, the batteries, and the software to be a useful addition to your arsenal of tech products. But there are so many smartwatches new on the scene that it can be a little difficult to keep track, much less to make a decision if you’re in the market for a new smartwatch. So we’ve done the dirty work for you. Here are five new smartwatches that are worth considering if you’re planning a smartwatch purchase and just need a little help deciding which direction to go. 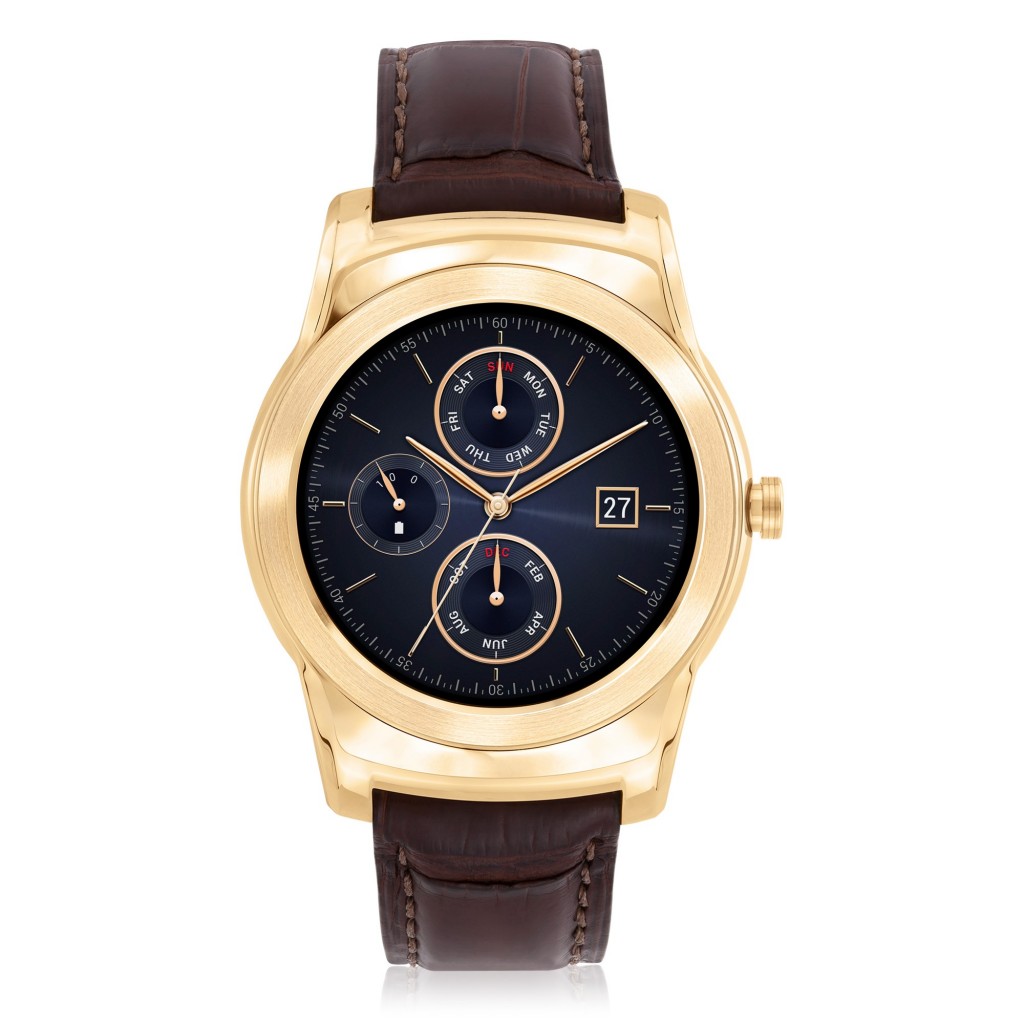 LG announced that its $1200 LG Watch Urbane Luxe will go on sale at the end of October. The watch, which features “23-karat gold and gorgeous alligator leather strap set in an exclusive piano-gloss lacquer case,” is a limited-edition device created in collaboration with REEDS Jewelers. Its luxury finishing and appropriately high price tag makes it a competitor against the Apple Watch, instead of other, lower-end watches. But for someone in the market for a high-end smartwatch, the watch, which is a more premium version of the LG Urbane released earlier this year, this may be the right device. 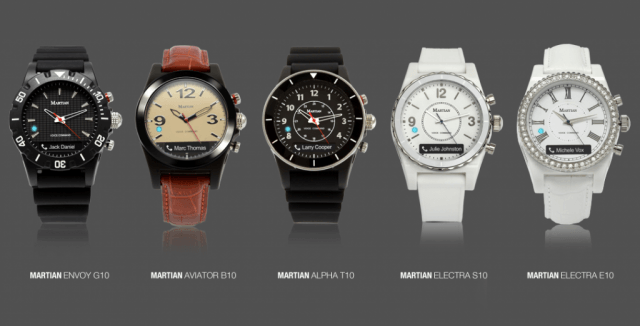 Martian just introduced five new smartwatches: the Envoy G10, the Aviator B10, the Alpha T10, the Electra S10, and the Electric E10. The collection offers a dizzying array of options, as all four series offer multiple designs in both stainless steel and resin composite. Each watch offers voice command functions via classic Bluetooth, in addition to supporting hands-free and eyes-free notifications via Bluetooth LE. The watches are compatible with both Android and iOS smartphones, and Martian’s website notes that “a dozen other key functions include music control (on iOS), camera control, wireless leash, find phone, silent alarms, 2nd time zone, local weather and more.” All of the watches share the same features, and all cost $249 with the exception of the $299 Electra E10.

Rick Broida reports for Fortune that if you want a smartwatch that looks like a regular watch but delivers notifications, then one of Martian’s new timepieces might be the perfect watch for you. You can invoke Siri, Google Now, or Samsung’s S-Voice just by pressing a button, and carry out phone conversations from your wrist. You can set the watch to vibrate in different patterns to alert you to various notifications, and the watches include two batteries, one to power the watch itself for two years and rechargeable battery that powers the smart functions for five days. 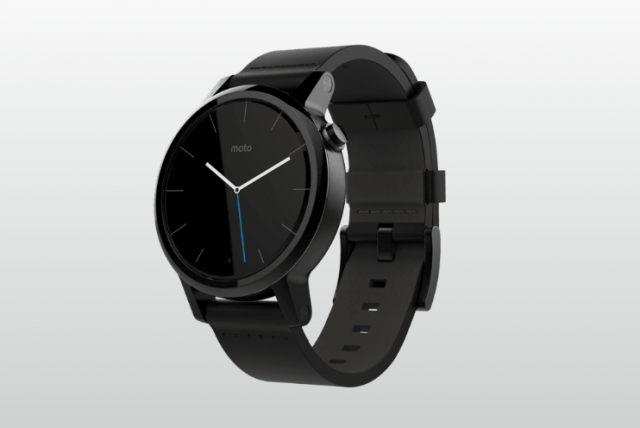 Motorola has just announced the second generation of the Moto 360, as well as a model called the Moto 360 Sport. Wareable reports that the “fashion” version of the watch comes in two sizes, 42mm and 46mm, and the watch is already available to preorder, with price tags for different models ranging between $299.99 and $429.99. A variety of bands, both metal and leather, are available. You can customize the Android Wear watch, which already takes advantage of Google’s recent changes to the operating system, with more than 300 combinations of style, body, and materials.

The Moto 360 Sport packs in GPS and a display that’s readable outdoors, even in bright sunlight, though Motorola hasn’t yet shared details on its pricing and availability. The watch tracks your speed, distance, and pace, and has a sensor to monitor your heart rate. Both the Moto 360 and the Moto 360 Sport have a Qualcomm Snapdragon 400 processor, which Motorola says will improve the watch’s performance and battery life. The company says that the 46mm watch can last up to two days between charges, while the battery of the 42mm watch will have slightly less longevity between charges.

Samsung unveiled the Gear S2 smartwatch, a product it teased last month when it introduced new smartphones. As Tim Moynihan reports for Wired, Gear S2 features a bezel that rotates to navigate apps, and one of the two versions of the watch features an embedded 3G e-SIM card that can make calls and use data without being tethered to a phone. Both models include WiFi, Bluetooth 4.1, NFC, a dual-core 1GHz processor with 512MB RAM, 4GB of storage, an accelerometer, a heart-rate monitor, a gyroscope, and a barometer.

Both versions of the Gear S2 have the same 1.2-inch diameter round face with 360×360 resolution, and Samsung projects that the average users will only need to recharge the battery every two or three days. The Gear S2 runs Tizen, not the Android Wear operating system, so it’s likely to only be compatible with newer Samsung Galaxy phones. Compatible models, a launch date, and pricing are details that the company has yet to share. 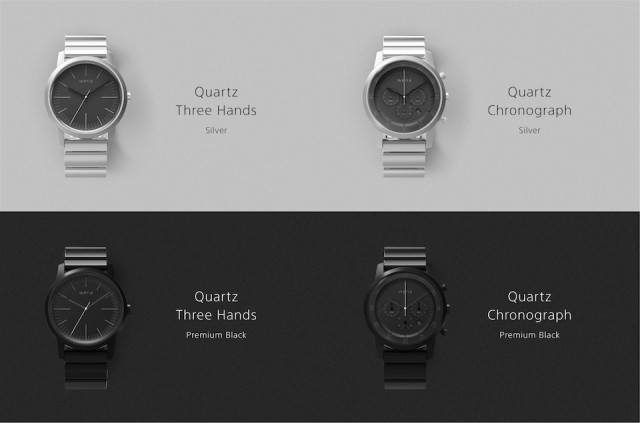 Sony recently unveiled a Japanese crowdfunding campaign for the new Wena smartwatch, which has made headlines for its smart band. The watch features a “normal” watch face, but houses technology for tracking, notifications, and mobile payments in its clasp. Adario Strange reports for Mashable that when it comes to notifications, the band will either vibrate or beam an LED lighting alert, which can be set to seven different colors. For activity-tracking, an accompanying app can monitor your steps and calculate the calories you’ve burned.

Which brings us to an interesting choice: the smartwatch will work with iOS devices instead of Sony’s smartphones. While the technology in the band takes care of all of this functionality, the watch face simply tells you the time and date. Strange reports that this is a “very clever way to make a smartwatch less obtrusive. Instead of constantly looking at your smartwatch for information, you can let it function as a simple timepiece, with any extra functions relegated to mere nudges throughout the day.” The device is currently scheduled for only a Japanese release, and prices for the different models of the smartwatch range from $330 to $575.