5 New Watch Brands You Need to Know About

Needing to wear a watch to tell time has become almost moot; we have our smartphones for that now. Even though most of us don’t use it to tell time, it continues to stand as a coveted accessory that exudes elegance, power, and status. For those reasons alone, every man should own a nice watch. And while we love the popular brands like Rolex, TAG Heuer, Seiko, Omega, and Longines, maybe it’s time to try a newer, innovative brand.

Wearing a nice watch used to not only be a necessity, but a rite of passage for a young man. When you now think of a nicely designed high-quality watch, a Swiss watch usually comes to mind; however, you’ll be surprised to know that prior to World War II, the U.S. was considered a world leader in handmade watches, according to Esquire.

In fact, Men’s Health notes that at the beginning of every year the watch industry meets in Switzerland to show newer models for the year ahead. The first showing is Geneva’s SIHH, which is smaller and showcases new styles for the year. After that is Baselworld, the annual convention that showcases more than 1,000 brands’ newer timepieces. The show is highly competitive, and encourages brands to produce the thinnest, coolest, biggest, and most complicated watch in the world. Although the convention features expensive watches for the most elite watch collectors in the world, they hold the standard in elegance and aesthetic.

Whether you’re a fan of carbon cases or chronographs, divers, or drivers, or you’re just not sure what you like, here are 5 newer watch brands to keep an eye (and wrist) out for. 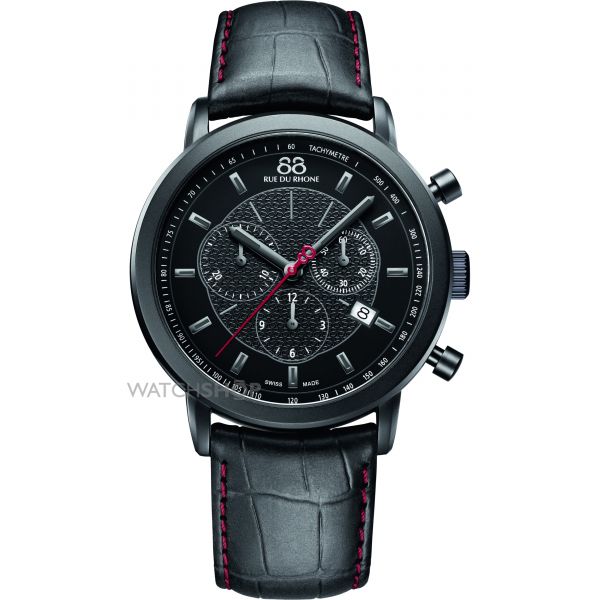 88 Rue du Rhone was founded in 2013 by brothers Elie and Pierre Bernheim, whose family lineage includes a famous Swiss watchmaker, their grandfather Raymond Weil. The brand stands out as it has opened the watchmaking doors to a new generation that’s in tune to the times. 88 Rue de Rhone exudes a newer, classic look and places an emphasis on quality.

Noted watch of the collection: the 42 mm Automatic has a PVD-coated case, with just enough red detailing to make it interesting but not too gaudy 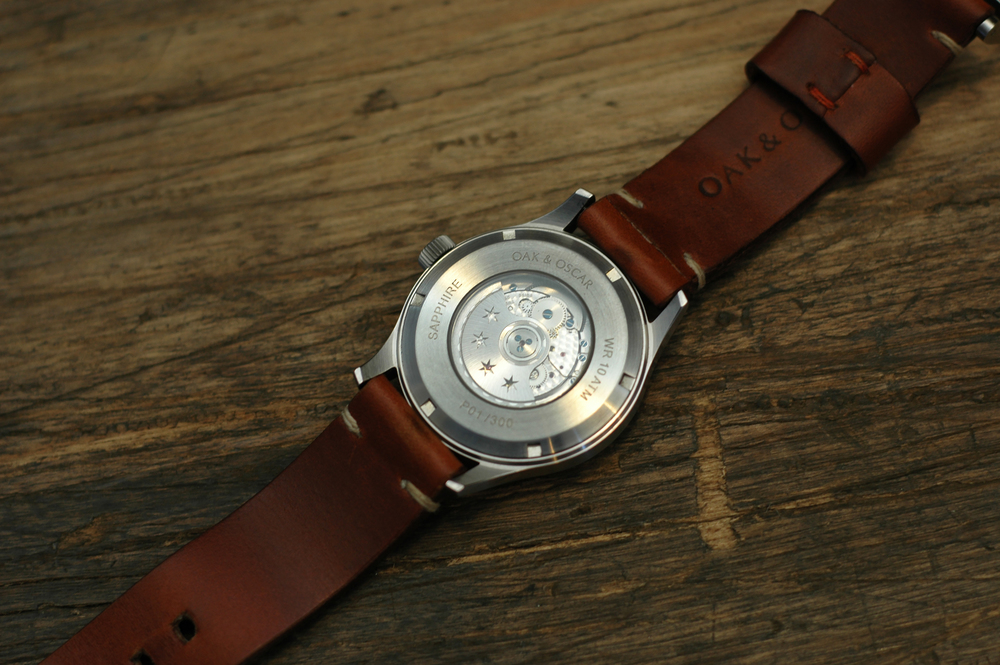 The new American-made watch brand Oak & Oscar exudes a classic, rugged American style, in a single collection watch, The Burnham was named after Daniel Burnham, the architect and city planner extraordinaire, and was also inspired by the founder’s father, who always marveled in the layout of Chicago’s streets and aesthetics of New York City’s Flat Iron building. Oak & Oscar’s touts the highest quality materials and authentic craftsmanship and design.

Noted watch of the collection: The Burnham, the Swiss automatic Soprod movement is housed in a grey face dial with dark grey hands, and an orange seconds hand with a custom counter balance, and finished with a brown leather band 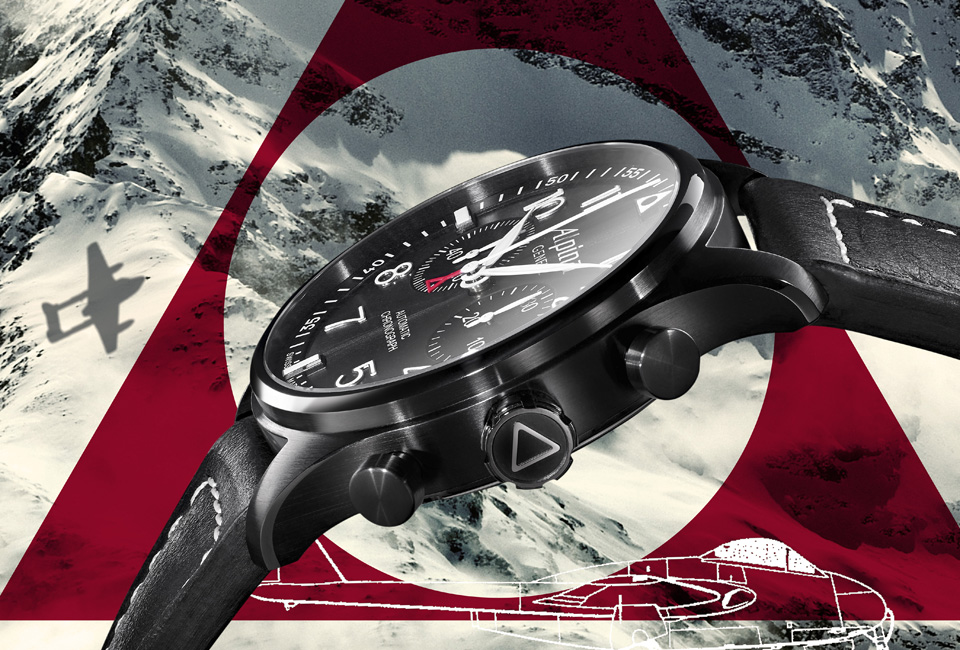 The Alpina brand comes from the same stable as Frederique Constant, which was acquired by Dutch husband-and-wife team Peter and Aletta Staas in 2002. Alpina has only recently gained a following in the U.K. and is well worth a look if you’re after an attractive, affordable sports watch. The quartz models are an excellent value as well.

Noted watch of the collection: The Startimer Pilot Blackstar has a retro look to it and is also a great value for its money. Its black PVD-coated steel case is water resistant to 100 meters and contains a self-winding chronograph movement with the classic “bi-compax” dial layout. 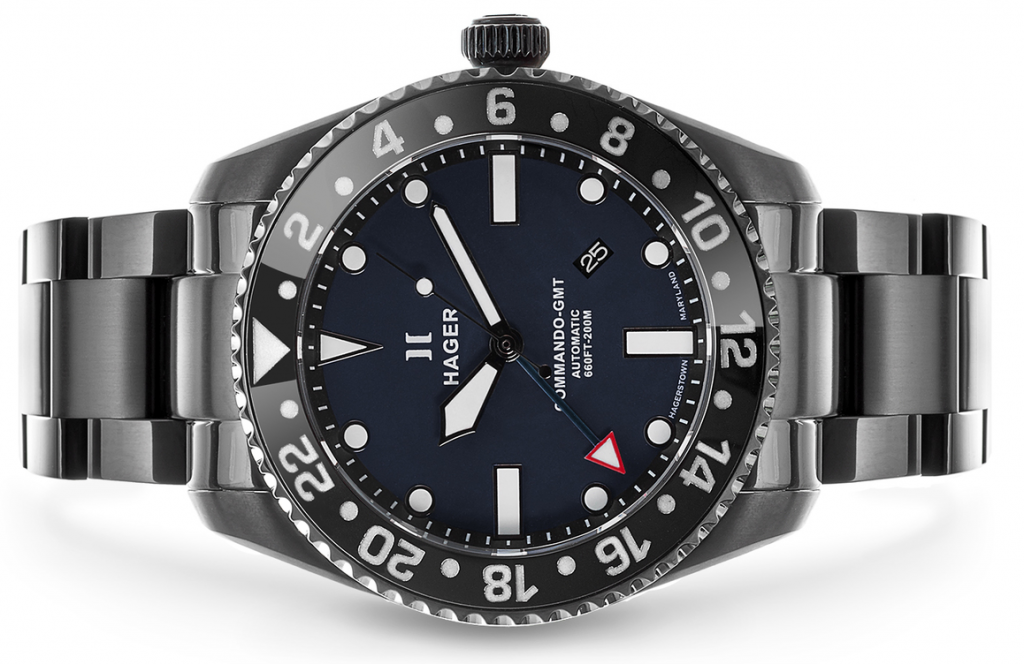 Founded in 2009, Hager watches was based on the the idea of creating a high-quality automatic watch at an affordable price. Hager was previously only available to employees of the CIA. It watches meld Swiss reliability with top-notch American manufacturing and assembly to produce watches that are interesting tools that are affordable.

Noted watch of the collection: The GMT Traveler stainless steel watch bridges the past to the future and is refined by nature. 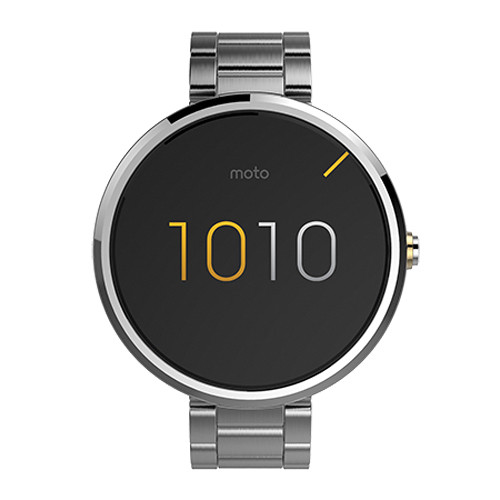 For those of you who can’t wrap your head around wearing or telling time with an analog watch and can’t seem to part with your phone habits, Gizmag chose the best available smartwatches right now. Allow your wrists to decide: Motorola Moto 360, Apple Watch, LG Watch Urbane, Samsung Gear S, Pebble Time, and Asus ZenWatch.