5 of the Best Wearable Action Cameras to Film Extreme Sports 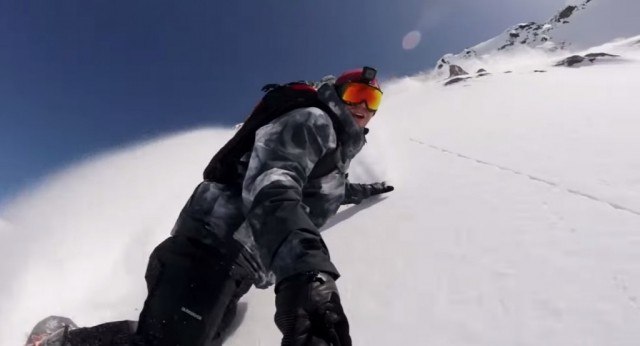 One of the best things about modern technology is that we can remain connected at all times to family, friends, and the rest of the world. Thanks to high-quality media, various social networks and mobile devices we can share our experiences with anyone, at any given moment.

But what about when those experiences are more extreme? Like when you’re speeding down a slope with a snowboard or skis? Or, when you’re diving deep under the recesses of the ocean looking at wrecks and sunken mysteries? You can’t exactly bring a digital camera or smartphone with you, and you certainly can’t be fiddling around with said devices without risking your safety.

That’s where wearable action cameras come in handy. All you need to do is equip the camera, start it up and then you can have your fun — meanwhile the whole experience is filmed automatically.

You’ve probably heard of some of these cameras before, but you might not be familiar with the market as a whole. The GoPro Hero and the TomTom Bandit come to mind, but what about some of the other cameras out there?

We’re going to take a look at the five best wearable action cams you can use to film your stunts and extreme sports with. 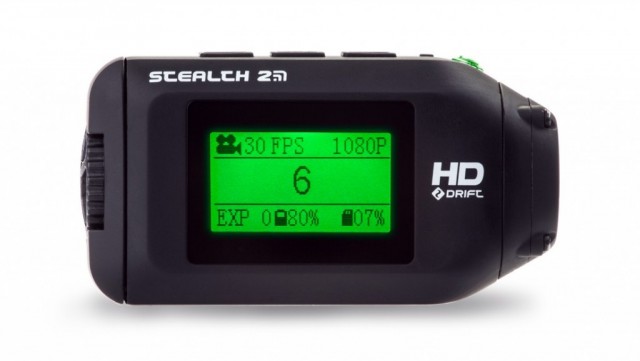 The Drift Stealth 2 is designed to be rugged and shock resistant so that it can withstand extreme conditions. What really sets it apart from some of the other cameras on the list, however, is the integrated display that allows you to see which shooting mode is active. You see, the Drift Stealth 2 has a bunch of different shooting modes including photo capture, time lapses, and even dashcam support.

It can record 1080p HD video at 30 frames per second and is compatible with an app so you can control the camera via your mobile devices.

The Drift Stealth 2 is available for $114 on Amazon. 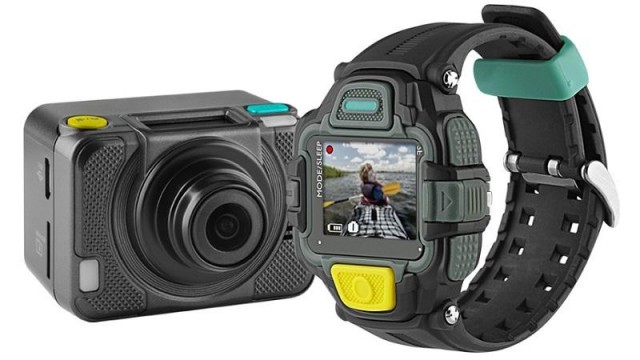 If you’re looking for something that’s more in-the-moment, then the 4GEE Action Cam is right up your alley. It can connect to a 4G mobile network so you can stream your experience live. Yep, that means everyone can see your crazy stunt in real-time as it happens. However, while you’re live streaming the camera is limited to 720p HD video at 30 frames per second.

When you’re simply recording, the 4GEE can handle 1080p at 30 frames per second or 720p at 30 or 60 frames per second — it’s your choice. You can capture 13MP still photos with the camera as well. It even comes bundled with a smartwatch that you can use as a viewfinder while recording.

Sadly, it’s only available in the UK currently because you’ll need to pay for both the camera and the 4G service in a monthly installment. If you decide you want one, you’ll need to pony up £49.99 per month and you’ll be under contract, just like with a smartphone and wireless service.

The Panasonic HX-A1 is remarkably small — weighing in at just 45g — and comes in a cylindrical shape. It also has a rugged and durable body, since it’s waterproof up to 1.5m, shockproof, dust-resistant and freezeproof down to 10 degrees below zero. That means you can take the HX-A1 pretty much anywhere without fear of it being broken or disabled.

It can record HD video with various modes including a slo-mo mode that can capture 720p HD video at 60 frames per second or 480p SD at 120 frames per second. There’s also a “Lux Night Mode” for low-light recording and an IR filter for night vision — the infrared light is not included.

The HX-A1 is Wi-Fi connected and includes USB and microSD card slots so you can share your photos and videos.

Like the GoPro cameras, Panasonic has a wide range of mounts and accessories for the HX-A1 that you can purchase separately. The HX-A1 is $178, which puts it right in the affordable range when compared to some of the other devices on the list. 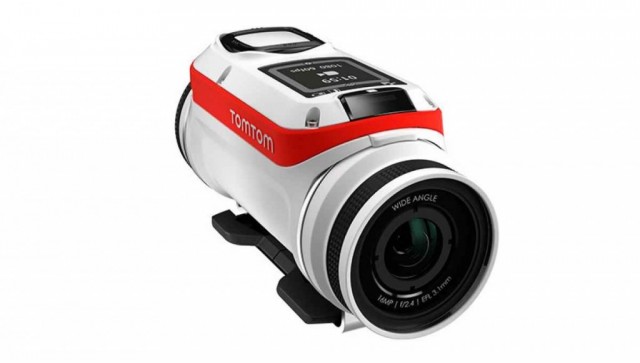 You might not associate TomTom with anything other than GPS-related devices, but they actually have a great wearable camera on the market. It’s called the Bandit, and it can record HD videos at a maximum resolution of 4K. At 1080p, it records at 60 frames per second, and at 720p it records at up to 120 frames per second. If you want to capture photos, it’s capable of taking 16MP stills.

The Bandit actually operates as a media server with Bluetooth and Wi-Fi connectivity. That means the videos and pictures are stored on the camera and you can tap into the content using a mobile app. From the app, you can view, share, and edit the media. It’s important to mention that this can be done from anywhere, which is a great feature for a portable camera you’ll be using while you’re out and about.

Amazon sells the TomTom Bandit for $370. 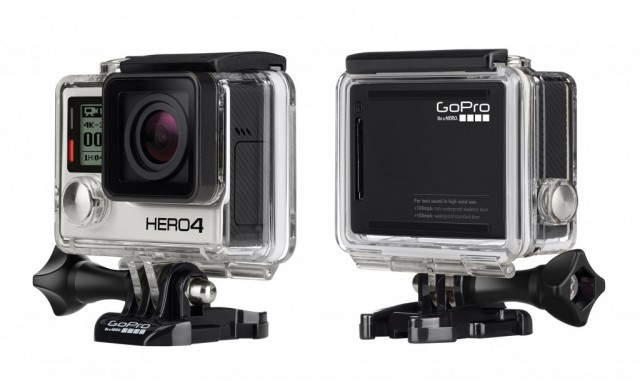 The most popular device on our list is the GoPro Hero4, the company’s latest rugged action camera. If you haven’t heard of GoPro before, then you’ve been living under a rock.

GoPro’s cameras are unique because there is a variety of accessories just waiting to be snatched up. There are mounts for your body, for vehicles and bikes, dog harnesses — so your pet can wear the camera — and much more. If there’s some activity or event you want to film, then chances are GoPro has a mount or accessory to help.

As for the camera, the Hero4 Black will record videos at a max resolution of 4K at up to 30 frames per second. That’s exceptional compared to a lot of other devices on the market. It also has a 12MP sensor so you can capture photos too if you want.