Samsung’s Galaxy S7 event is just a few days away, scheduled for February 21 in Barcelona, but in the meantime, the ever-active rumor mill about the Galaxy S7 and future Samsung products is continuing to move. New rumors have offered tons of juicy new details about what to expect from the Samsung Galaxy S7 and Galaxy S7 Edge, plus some interesting tidbits about what we’ll see from devices like the Galaxy Note 6, the S-Pen, and even future smartwatches. Read on to catch up on the most exciting rumors about Samsung’s plans to surface this week.

1. The Galaxy S7 Edge should have great battery life 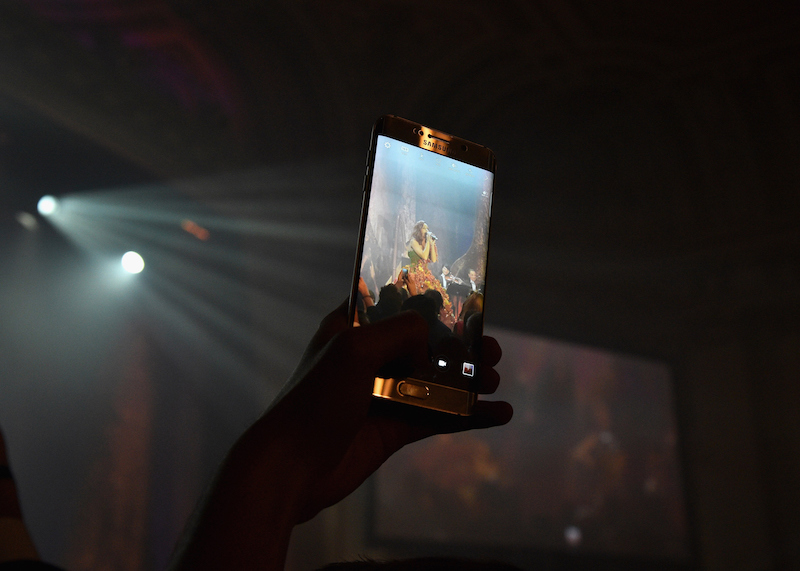 Samsung’s Galaxy S7 and Galaxy S7 Edge models intended for sale in the United States have been cleared by the FCC, which didn’t reveal much aside from model numbers but seemed to confirm an early March release date. But as Cory Gunther points out at Gotta Be Mobile, the international models of the phones have also cleared the FCC, and a filing revealed that the Galaxy S7 Edge will be equipped with a huge 3,600 mAh battery. In comparison, the Galaxy S6’s battery is only 2,550 mAh, and the Galaxy Note 5 or Galaxy S6 Edge+ had batteries that only weighed in at 3,000 mAh.

Brad Reed notes for BGR that even aside from the stellar battery life, Android fans have a lot to look forward to in Samsung’s next flagship phone. The S7 is expected to bring back microSD card support, which will give users the ability to upgrade the storage capabilities of their phones. The phones are also expected to feature either a Snapdragon 820 or Exynos 8890 processor — more on that later — plus 4GB of RAM and a 12MP rear-facing camera. A recent leak has even indicated that the Galaxy S7 could be water-resistant.

2. The Galaxy S7 and Galaxy S7 Edge may use different chips 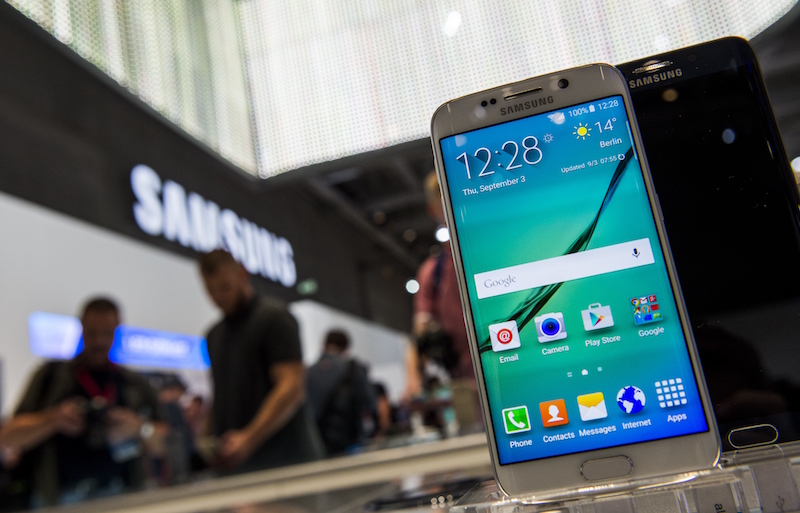 As Chris Smith reports for BGR, Samsung could have an iPhone 6s-esque “chipgate” situation on its hands with the upcoming Galaxy S7. Need some context? Soon after the iPhone 6s was launched, users started testing out the two difference processors, which were supposed to be identical A9 chips, that were made by Samsung and TSMC for the phones. Some testers found that the TSMC chip performed better than the Samsung chip, even though they were supposed to offer the same performance.

The upcoming Galaxy S7 and S7 Edge are expected to be powered by two different processors, one from Samsung and one from Qualcomm, and it’s possibly that the two chips may not offer the same performance. Galaxy S7 versions have allegedly been spotted in various benchmark tests, but new testing seems to show that Samsung’s Exynos 8890 chipset is superior to Qualcomm’s Snapdragon 820 chipset in some tests, but inferior in others.

The tests do show that both Exynos and Qualcomm Galaxy S7 versions will be available in North America, though the Exynos version is expected to be the predominant option. Of course, it’s worth noting that the tests were performed on devices that aren’t the final versions that will ship to customers. And it’s also unlikely that, even if there is a difference in performance, it will be dramatic enough for users to notice in real-life usage.

3. Samsung may offer traditional colors (and lots of cases) for the S7 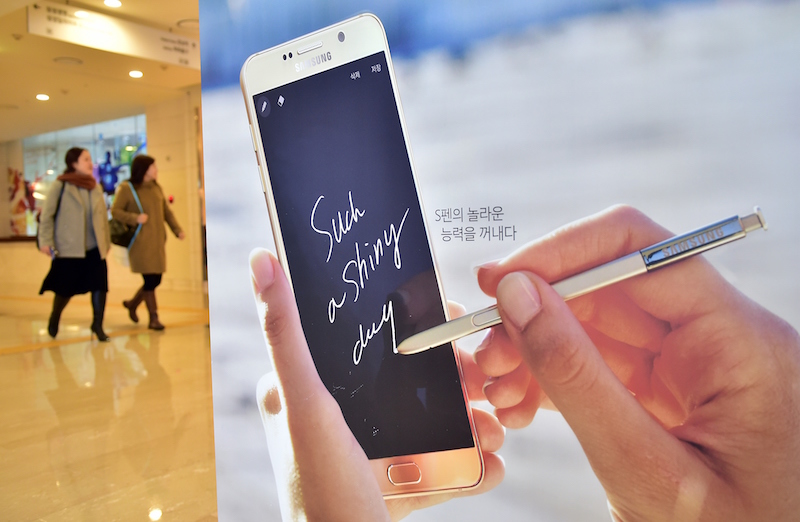 As Cam Bunton reports for 9to5Google, recent leaks have suggested that Samsung is returning to a traditional color scheme with the Galaxy S7, and that the smartphone giant is planning to offer a wide array of official accessories for the brand-new flagship phone. A press render from generally reliable Evan Blass reveals a dark-gray model of the smartphone, while a leak of a dummy phone shows a gold version of the device. It had also already been assumed that we’ll also see a black model.

Further, a recently leaked list of official accessories reveals that Samsung may be planning to introduce a wide variety of official cases for the Galaxy S7 and Galaxy S7 Edge. The most noteworthy accessory featured on the list is the much-rumored Backpack Case, which is claimed to feature a 2,700mAh battery and ship with a wireless charging kit. Samsung is also expected to introduce a high-performance rugged case option, an official leather case, and an LED View Flip Cover that may include built-in LEDs for notification display.

4. The Galaxy Note 6 could have a stylus that doubles as a kickstand 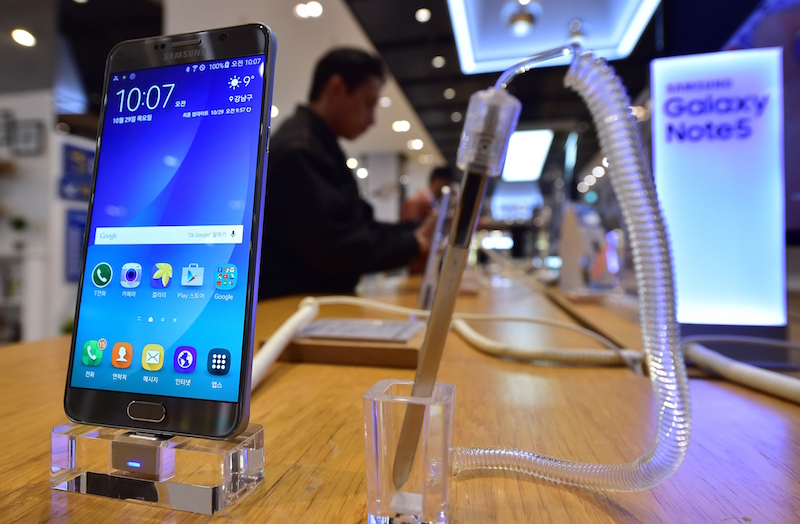 As spotted by Patently Mobile, a patent application regarding Samsung’s S-Pen stylus has surfaced, and indicates that the stylus could gain new features with the Galaxy Note 6. If Samsung implements the technology described in the document, users will be able to pull the stylus halfway out of its holder and bend it backward to form a stand. Once bent and locked, the stylus will be able to hold the device in either portrait or landscape orientation, without having to buy a separate case that can also be used as a kickstand.

When the exposed section of the stylus is bent at the joint, the half that remains in the groove is automatically locked, which will keep the phone secure. When the stylus is returned to its original position, the lock is automatically disengaged, which enables the user to remove the pen or to put it back. Cory Gunther reports for Gotta Be Mobile that the stylus is also likely to incorporate many of the same features that users are already familiar with in existing models. While we don’t have many details so far on the Galaxy Note 6, it’s likely to take its cues from the Galaxy S7. It may come with a larger screen, 4GB of RAM, and a microSD card slot in addition to the new stylus.

5. A vein-scanning Samsung smartwatch may be on its way 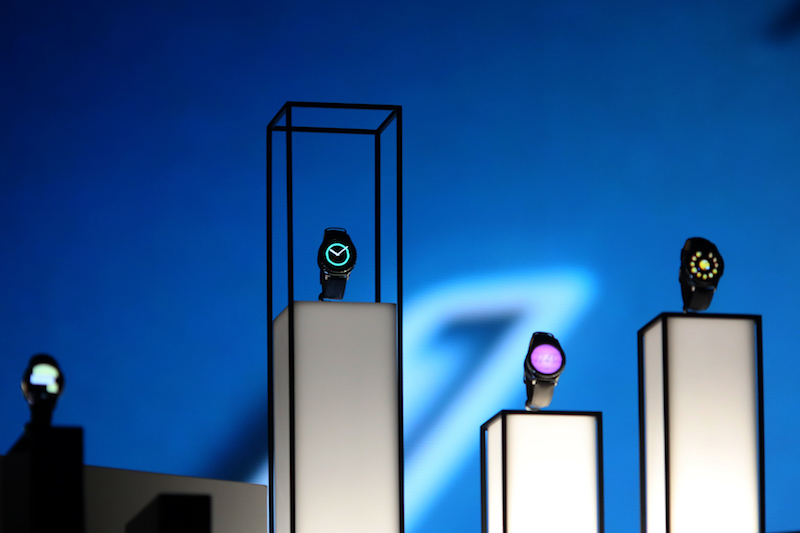 As Mark Sullivan reports for Fast Company, a recent patent filing reveals that Samsung is working on a wearable sensor that authenticates you by scanning the veins in your wrist. The sensor would take a picture of the user’s vein structure, and then compare it to a vein image that’s saved and belongs to the device owner. It could also detect the user’s pulse rate, which is unique person to person, and could be mounted on the forward edge of a smartwatch.

The document explains that once a positive identification is established, the watch could display your personal playlists and contact lists. Even more interesting is the idea that it could authenticate you to access what Sullivan characterizes as “high-security things,” like your car or the door of your hotel room. Using a wrist-worn wearable to authenticate users is an area that has a lot of potential for the smartwatch. It’s not difficult to imagine that in the future, we’ll be able to use wearable devices to access our bank accounts, garage doors, even subway systems, particularly as smartwatches grow more independent of paired smartphones.