5 Wearable Gadgets That Can Give You Superhuman Abilities 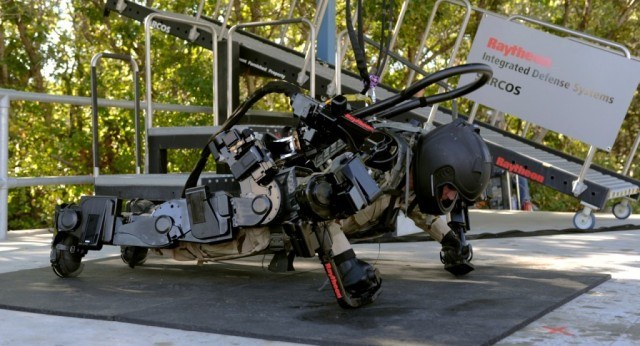 If you could have any superpower you can think of, which would you choose? Would you like superhuman strength? Would you prefer to fly? How about reading people’s minds?

Some of those things are not possible, at least not yet, but there are ways to augment your body. How, you ask? Believe it or not, there are wearables that can offer you superhuman-like abilities and as the technology gets more advanced over time, eventually we may be able to do some of those things that were once impossible. 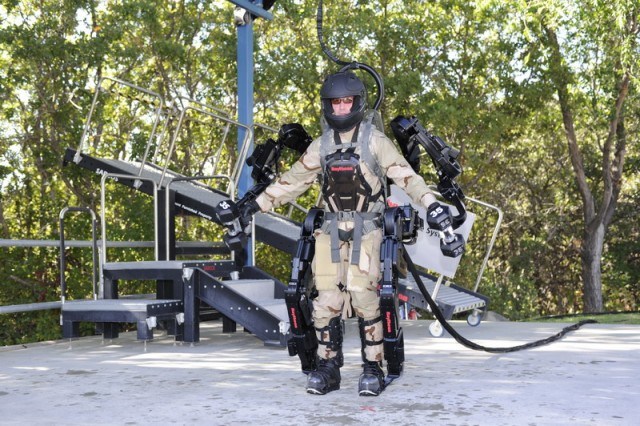 You may be able to punch through drywall when you get really angry, but try doing that with a solid block of wood. If you don’t end up shattering every bone in your hand, you’re certainly not going to do much damage to it.

But if you hop into the Raytheon XOS 2 exoskeleton you can do that and more. This unique tech suit — some might even call it armor — allows the wearer to lift extremely heavy objects or punch through solid surfaces. It’s a hydraulic-based robotic shell that currently requires an engine to run. If you’re wondering, yes the engine is attached to the exoskeleton.

That means we’re a long ways off from seeing these things everywhere in the wild, but maybe someday. The company behind the exoskeleton is currently working on producing a variant that is powered by an internal engine — one not so cumbersome as the hydraulic engine in the current model.

This suit was actually created back in 2010, and as the name implies the XOS 2 is a second generation version. You better believe there will be more advanced versions of it in the future. It was created for the United States Army. 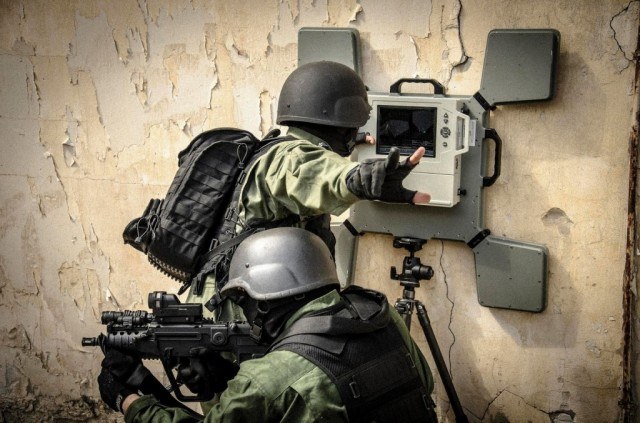 Wouldn’t it be incredibly useful to see through walls? Even more so if you can use such an ability during a tactical situation. That must have been what Camero was thinking when they created their Xaver product line.

While not exactly wearable, the Xaver devices are portable. There are several different models including a handheld device, a 3D imaging tool, and a lightweight version. As is expected, they’ve been used for law enforcement, military and anti-terrorism applications.

What do they do? By pushing out blasts of wide-band radiation the devices can offer a visual representation of what’s on the other side of a wall.

It’s not far fetched to believe that Camero — or another company — may eventually shrink these devices down even more at some point. Imagine wearing a headset or having a pair of goggles that can use this technology?

Imagine a device similar to a hearing aid that allows you to listen to subjects hundreds of feet away and hear them clear as day. If that’s not enticing, what about something that will allow you to hone in on a single subject even in a crowded place?

The SoundHawk is exactly that. Like a hearing aid, it can amplify local sounds for the wearer, but it can also eliminate background noise and isolate the sound of a single person. All of this can be done through a mobile application.

Think of it like a radio. The device tunes into a particular frequency, or, in this case, a tone or sound profile and then focuses on only that. With technology like this already out there, imagine what could be in our hands in just a few short years. 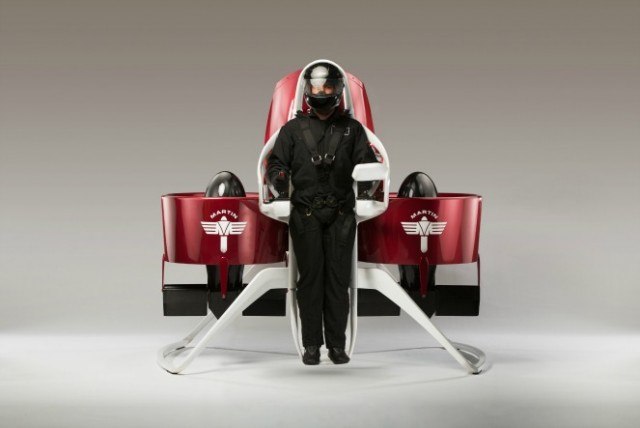 Don’t expect this pack to be lightweight and undetectable. The Martin Jetpack is huge, in terms of size, because it turns out that it’s quite difficult to shrink down two ducted fans — at least the kind that will allow you to fly anyway. That’s probably the smarter approach anyway, considering jet fuel is extremely flammable and can get pretty heavy.

It’s expensive, loud and unsightly but hey, it works! Even though it’s launching this year, it’s been in development for several years now and ready to release. Maybe the second generation Martin Jetpack will be smaller and more efficient? Time will tell.

Spider-Man makes getting bit by a radioactive spider look so beneficial. He gets to web-sling, wall crawl, and turns into the ultimate superhero — when he’s not whining about his homework. Sadly, such a thing only happens in comic books and movies.

But if you can get your hands on DARPA’s Geckskin climbing paddles you can scale any wall just like Spider-Man. The project was created by scientists at the US Defence Agency DARPA, called the Z-Man Project. Modeling fabric after the makeup of a gecko’s sticky feet they created a pair of climbing paddles that will allow users to scale even a smooth, glass wall.

The plan is to adapt their fabric and include it in military suits for tactical use. That means we can’t expect anything like it to land on store shelves soon, which is a bummer. It’s still awesome to know something like Geckskin exists.