6 Apple Rumors: From the iPhone 7 to a New Mac Pro

Curious about what’s going on in Cupertino? This week’s most interesting rumors involve new iPhones, refreshed computers, and even some new intellectual property, like a Force Touch keyboard that could potentially make Apple’s future MacBooks lighter, thinner, and more capable. Read on for the highlights of this week’s most exciting Apple rumors.

Mikey Campbell reports for Apple Insider that KGI Securities analyst Ming-Chi Kuo said he expects Apple to launch a new, metal-bodied iPhone in the four-inch form factor. Kuo believes Apple is preparing to mass-produce an iPhone 5s upgrade that would pack the powerful new A9 processor, in addition to the company’s latest software.

Kuo notes demand is still present for a smaller iPhone, and he thinks Apple will capitalize on that demand by beginning mass production for the new, smaller iPhone in the first half of 2016. That might mean the iPhone will launch alongside Apple’s next-generation iPhones, already dubbed the iPhone 7 and iPhone 7 Plus, when they’re unveiled in the fall of 2016.

Kuo doesn’t have a lot of information to share on the new 4-inch iPhone, but he does write that he expects a metal casing. In keeping with Apple’s previous lower-end offerings, the processor that the phone is expected to incorporate will be a previous-generation component by the time the device launches. Kuo does expect that Apple won’t integrate 3D Touch into the new device, in a further effort to differentiate it from the iPhone lineup’s higher-priced models. The analyst seems to expect that Apple will market the 4-inch iPhone as a budget model, something it hasn’t attempted since the plastic-backed iPhone 5c.

2. The iPhone 7 Plus could have more RAM than the iPhone 7

Neil Hughes reports for Apple Insider that Kuo, who has a strong record of predicting Apple’s future product plans, has also written that he expects the next generation of Apple super-sized iPhones to integrate even more RAM than the smaller version for better performance.

While Kuo expects the 4.7-inch iPhone 7 to have the same 2GB of RAM currently integrated into the iPhone 6s, he thinks the iPhone 7 will have 3GB embedded into the next-generation A10 processor — the chip he expects both phones, despite the difference in RAM, to run. The main differentiating factor for the 5.5-inch “Plus” models has, so far, been improved cameras; both the iPhone 6 Plus and the iPhone 6s Plus have boasted optical image stabilization hardware that wasn’t integrated into their smaller, 4.7-inch counterparts.

It’s likely that the iPhone 7 and the iPhone 7 Plus will debut in September 2016, sticking with Apple’s usual (and highly-anticipated) annual release schedule. With the new phones, Apple is also expected to introduce a revamped external design, though Kuo hasn’t had any details to share on such a development so far. However, Hughes notes that Kuo previously said he expects the iPhone 7 to be Apple’s thinnest iPhone so far, perhaps as thin as 6 millimeters, which is even thinner than the latest iPod Touch and the iPad Air 2.

3. Apple could introduce a full-screen iPhone 7

This is less a rumor grounded in significant evidence and more speculation. But designers at a company called DeepMind — not the AI company of the same name that Google acquired last year — shared a concept video to imagine what it could look like if rumors of a bezel-less iPhone prove true. Luke Dormehl reports for Cult of Mac that the feature would provide an interesting way for Apple to differentiate the iPhone 7 from previous models.

The video demonstrates how a bezel-less iPhone would enable users to enlarge photos and videos right to the edge of the device, functionally giving the effect of a bigger screen without increasing the footprint of the phone. The idea coincides with ongoing rumors that Apple will eventually do away with the home button.

4. Apple could be planning to refresh the Mac Pro 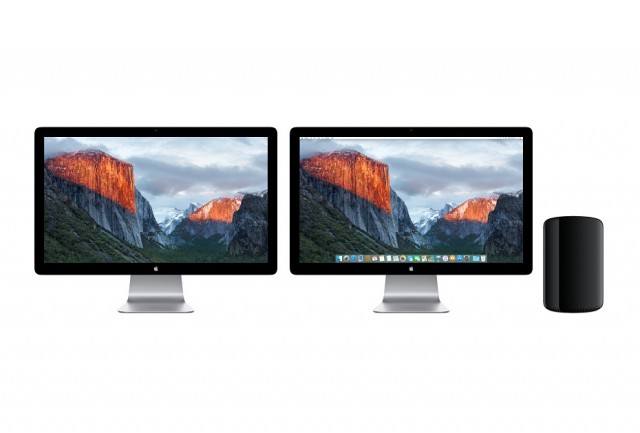 Mikey Campbell reports for Apple Insider that a code discovered in the latest version of Apple’s OS X 10.11 El Capitan refers to an unknown Mac model, one with higher specifications and boosted hardware not found in any of the models that Apple currently ships.

The code references a Mac identified as “AAPLJ95,1,” which registers 10 USB 3.0 ports — significantly more than the four found on current Mac Pro models. Campbell notes that the referenced product identifier is similar to the “AAPLJ90,1″ designation that first appeared in Mac Pro benchmark testing in 2013. The designation isn’t clearly defined as an upcoming flagship desktop, but the designation and the listed specs were found alongside XHCI data that belongs to the latest 2015 iMac, which seems to indicate that Apple is referencing a yet-to-be-unveiled Mac Pro model.

The Mac Pro is designed as a professional workstation that meets the demands of power users who need not just raw processing power, but flexible connectivity options, as well. Campbell notes that Apple hasn’t updated the Mac Pro since launching the desktop model nearly two years ago. Aside from the USB 3.0 expansion, a new model would likely include new Intel Xeon processors, faster graphics cards, and upgraded RAM.

5. The iPad Pro could go on sale next week 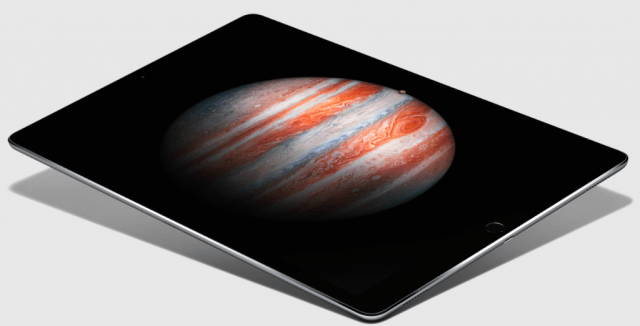 Mark Gurman reports for 9to5Mac that Apple plans to begin selling the new iPad Pro on November 11. The tablet will be available in both Apple’s brick-and-mortar retail stores, as well as via its online store, according to Gurman’s “multiple sources.”

Apple hasn’t yet disclosed when it will begin sales of the iPad Pro, telling fans that the device would first be available sometime in November, about two months after it was first introduced in September. Gurman expects that the accessories Apple introduced with the iPad Pro, the Apple Pencil and the Smart Keyboard, will also go on sale on November 11. The iPad Pro starts at $799 and comes in 32GB and 128GB models with Wi-Fi only, while an LTE-compatible version is offered exclusively with 128GB of storage and costs more than $1,000.

9to5Mac had reported previously that Apple’s support staff was given a November 6 deadline to complete their training on the iPad Pro, a claim that seems to support the idea that Apple will begin sales of the device less than a week after that date.

6. Apple could make a Force Touch keyboard — and thinner Macs 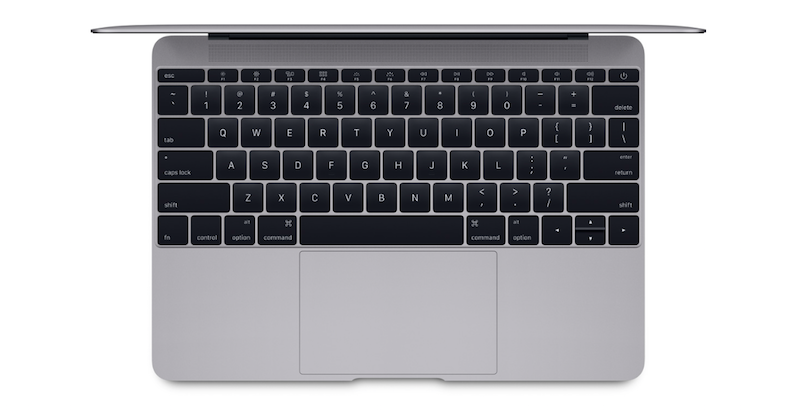 Mikey Campbell reports for Apple insider that Apple has been granted a patent for a switchless Force Touch keyboard, which measures the pressure placed on each key when the user presses or rests a finger on it. Such a keyboard would not only cut down on the height of the keyboard by eliminating mechanical switches, but could lead the way toward thinner MacBooks and more useful devices.

Campbell notes that Apple’s current MacBooks and Mac accessories use modified scissor switches, or butterfly switches, nested within hollow key caps. The design shown in the patent mirrors the aesthetic of Apple’s current designs, but replaces the mechanical switches with a stack of sensors, actuators, and the circuitry to support them.

If the keys are able to detect varying levels of pressure, Apple’s keyboard and accompanying software could support multiple operations per key, in the same way that users can take advantage of 3D Touch on the iPhone 6s to invoke Peek and Pop previews, Quick Actions, and other features.