6 Colognes to Match Every Personality Type

The scent of a man is intoxicating. After speaking with several women about what it is about a man’s smell that is so desirable, Journalist Susan Irvine seemed to sum it up best in an article titled “Perfect Chemistry,” which appeared in Vogue:

Those who told me they didn’t want men to smell of anything would generally add that the man in their lives had a skin smell that was irresistible — because it was natural, real, not some fake (read “feminine”) add-on from a bottle. Whereupon I would think, “I bet he’s using something fabulous and low-lit, something elegant and whited-out like Chanel’s Pour Monsieur, or Dior’s Eau Sauvage, or that one that smells of expensive French sheets with a naked Frenchman lying on them — Creed’s 1849 — and she’s blocking it from her mind.”

In other words, women are intoxicated by a man’s smell. The article points out that what women don’t realize is that the smell they love on their man may be a perfect mixture of his own scent and his well chosen cologne. So, gentlemen, this means that you should choose your cologne wisely. Although it may be easy to find a cologne that smells good, it’s harder to find or choose one that fits your personality or style perfectly. Here are six colognes for every type of man. Just remember, when spraying, don’t overdo it.

1. The gentleman with a biker edge

Tom Ford’s Noir is perfect for a man whose best friend is his tailor, but travels by motorcycle (and whose other best friend is his motorcycle mechanic). The patchouli-based, sensual fragrance captures the twin facets of the Tom Ford man: the refined urban, worldly sophisticate and the private mysterious man.

To truly nail this fragrance, Elle magazine writer Maggie Bullock scoured the streets and establishments where real-life Wall Street bankers congregate, and proceeded to sniff them out. The general consensus? Chanel Allure Homme — because it’s a classic and the brand itself is a gatekeeper of good taste. Some of the other runners-up include various Burberry fragrances, Banana Republic Classic, Dolce & Gabbana The One Gentleman, Drakkar Noir, and YSL L’Homme. The trendier bankers, dressed in narrow ties and slimmer trousers, opted for Prada Amber Pour Homme and Jean Paul Gaultier Le Male. It’s important to note that most, if not all, of the bankers were incredibly loyal to their fragrances, with some wearing them for 10 years or longer. Conclusion: They all must work wonders. 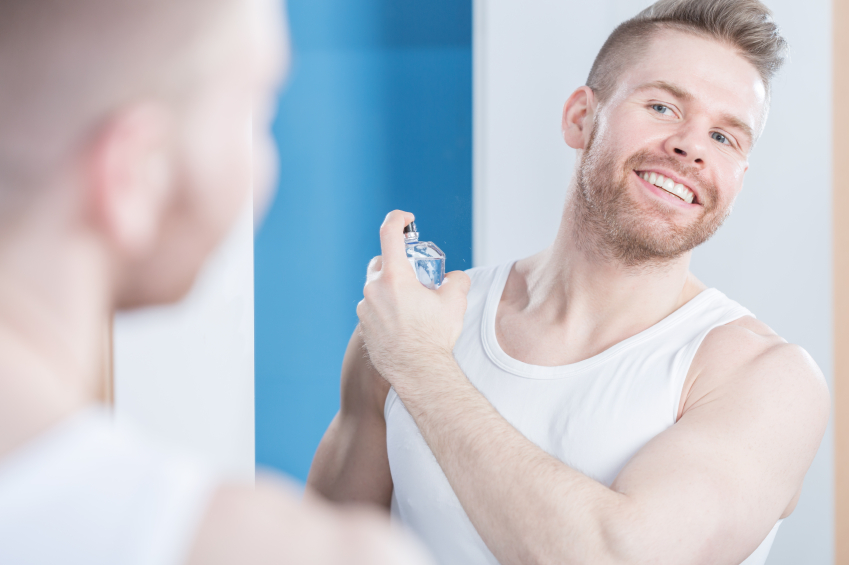 The all-American man is one who likes all things pop-culturally relevant and doesn’t tend to push the envelope too much. He likes J.Crew sales, enjoys everything Jay-Z and Queen B do, is politically active, and is a distant admirer of Ryan Gosling films, minus The Notebook. His perfect scent (and finishing touch) is the bright, earthy, orange-laced Terre D’Hermès.

Prada’s Luna Rossa is for the man who is very into his grooming habits and manscaping, is not afraid to spring for a mani/pedi or get his eyebrows waxed, and is a detail-obsessed guy who knows the difference between pomade, paste, and styling clay. This scent has an extra fresh hit of lavender that is intoxicating.

After Bullock’s travels to the hippest bars on the Lower East Side of Manhattan, she found that most of the men there smelled more like Ivory soap than any cologne. However, the most noted of fragrances was Jean Paul Gaultier’s Le Male.

6. The man who’s heavily into style, aka the fashion blogger

Fashionable in every way, shape, and form, this man can easily pair classics with a camo print, isn’t afraid to go sock-less with his loafers, and opts for a floral scent because he is comfortable in his masculinity. He wears Dolce & Gabbana’s Pour Homme because it’s oh-so fashion-forward of him.