Instagram is that lovely app we all scroll through obsessively to distract ourselves from doing work. Besides its use as a distraction tool, Instagram is a visual know-how for the world of menswear. It’s a place for style inspiration, as well as a showcase for your favorite bloggers, street fashion photographers, industry insiders, and wannabe’s to showcase their style in full length shots, mid-action strides, chest region shots, close up’s of tie/pocket square combos, and of course, the ever-so-popular worm’s eye view shoe shots.

Scrolling through Instagram can get a little monotonous, especially when it’s the same or similar fashion over and over again. Everyone’s feed starts to look a little similar, no matter who you follow. Here are some of menswear’s worst Instagram trends that we’d like to see disappear. A photo of a blazer, shirt, tie, and pocket square combination | Source: Rainier Jonn via Instagram

This incredibly popular shot usually includes a faceless blazer, shirt, tie, and pocket square combination. Although always aesthetically pleasing and very well matched, we can’t fault Chestie-takers for providing endless inspirational possibilities for us. The only thing we really don’t like is the unrealistic idea that you need to wear a new combination every day — it’s not only impossible budget-wise, but sanity wise — you’d be living under a heap of ties and pocket squares. We can imagine the anxiety of these prolific bloggers having to wear a new tie and pocket square combo everyday.

So, so many people do this, and they’re the worst because they take other people’s posts, rarely give credit, and pass it off in their feed as something original. While there’s nothing wrong with curation or re-posting (if you give credit where credit is due), there are people, i.e. bloggers, who rack up hundreds of thousands, sometimes millions, of followers who make a ton of money doing this without creating anything original. Not cool. Not to mention that it takes away the whole purpose of fashion and showcasing it: To be creative.

The neatly organized layout of clothes A neat layout of clothes | Source: Phil Cohen via Instagram

Seen first in many female blogger’s feeds, this cliched shot is so overdone that it’s easy to scroll right past it. These overly neatly styled #ootd (Outfit of the Day) need to go, not only because an outfit is not quite completed until it’s on an actual human, but there’s some creativity lacking in the photo. The time it takes to put this post together can be better spent on another creative endeavor. 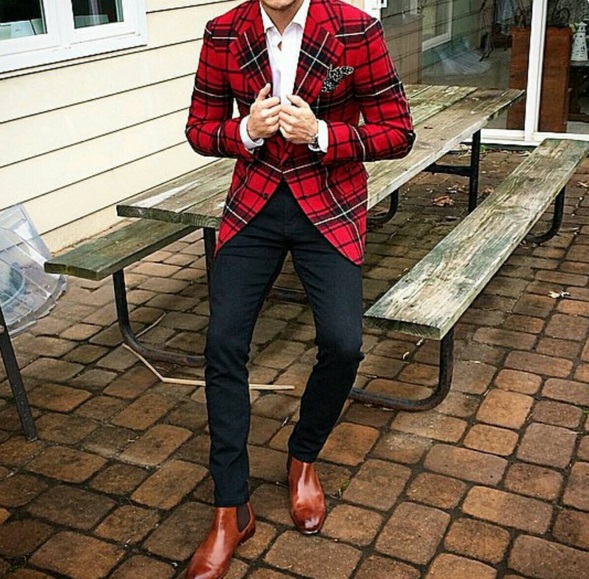 A stylish man who isn’t showing his face | Source: @menslaw via Instagram

Though “The Chestie” is technically a headless shot, it’s not the headless shot we’re referring to. Basically, The Headless Shot is an otherwise good photo expertly styled, except for the fact that the person’s head is cut off. It just looks and feels so unnatural; however, we do understand the argument for it: The post is about the outfit and by removing the head you can imagine your own head on the body. We get it, but it’s about the whole package, and this includes someone’s face.

Leaning against cars/motorcycles that aren’t yours

Shameless, so shameless. They never post the photos where they have the owners of the vehicle’s chasing the blogger down the street. Get your own, gentlemen. A group of friends in a photo | Source: Justus F. Hansen via Instagram

While there’s nothing inherently wrong with the squad photo, the ones that are taken by street photogs where you see a group of 15 dudes all walking in unison, all organized, and finely dressed looks so forced and fake. Come on gents, let’s get real.