6 of the Hottest Pieces from Kanye West’s Yeezy Collection 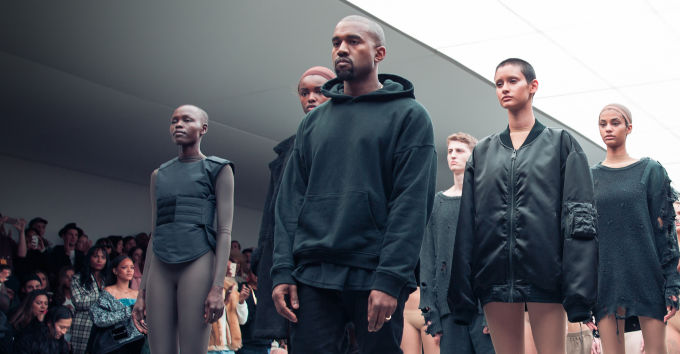 Kanye West’s Yeezy Season 1 collection, a collaboration with adidas Originals, took to New York Fashion Week’s runway this past February to no shortage of buzz. West’s themes of universality and timelessness intersected with military inspiration and street-tough undertones. “I wanted something that felt like New York or Paris or Tokyo or Santa Barbara or Chicago; a worldliness and an ease,” he said of the collection. You no longer need to ask the question WWKW — what would Kanye wear — as this line certainly showed his bold-voiced perspective.

Fast-forward eight months or so, and his Fall 2015 sportswear offerings are finally available to add to your closet. Even if you haven’t been counting down the days until you can make the Yeezy collection yours, it’s important to note that there are some good reasons to consider embracing Kanye’s freshman effort with adidas.

Here are six pieces that you should consider wearing — regardless of your penchant for rap music. But, make haste in flagging your next fashion purchases, as the Yeezy items may not be available for long. Alas, the hotly anticipated camo-printed looks and those Yeezy 950 duck boots are already sold out. 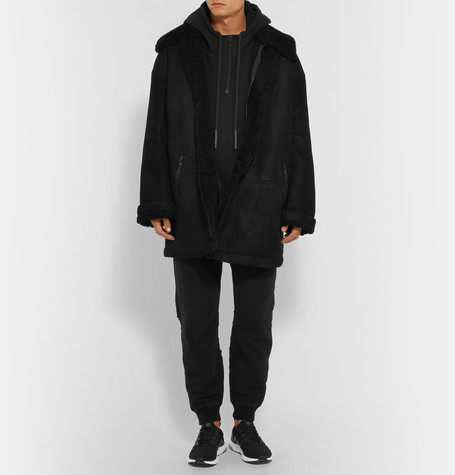 The outerwear from the Yeezy Season 1 collection was among the most interesting and wearable, ranging from camouflage overcoats to fur-collared military parkas. In true Kanye West style, this go-big-or-go-home oversized coat will cocoon you in luxe, shearling-laden style and warmth. Contrast the extravagance of the outerwear with a monochromatic black hoodie and sweatpants along with adidas sneakers for a study in urban-cool opposites. 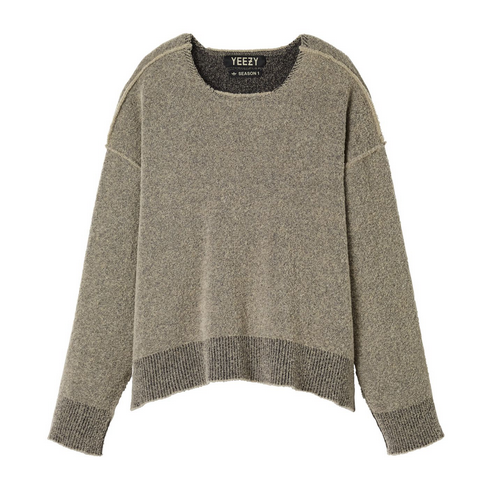 The Yeezy incarnation of the traditional knit crewneck gets reimagined in Italian bouclé with reverse seams and a raw, unfinished look. West actually previewed this sweater himself at the 2015 MTV VMAs in August. The silhouette is roomy, bordering on voluminous, but that’s simply part of its charm. Wear the sweatshirt with a skinny pair of jeans or go 100% bouclé with the matching, tapered track pants for a high-end take on the jogging suit. 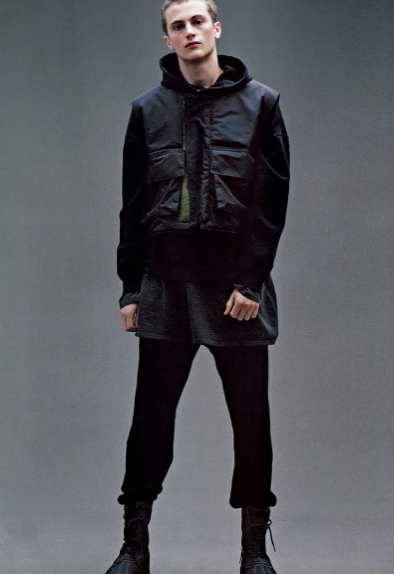 A direct reflection of the collection’s military leanings, this padded, sleeveless nylon vest is utilitarian and utterly cool. It’s a great piece to add to your fall wardrobe because of its sheer layering potential. Dress it up with a button-down shirt and black pants, or dress it down with a sweater and joggers. Either way, it has just enough hip-hop spirit to keep you legit without crossing the line. 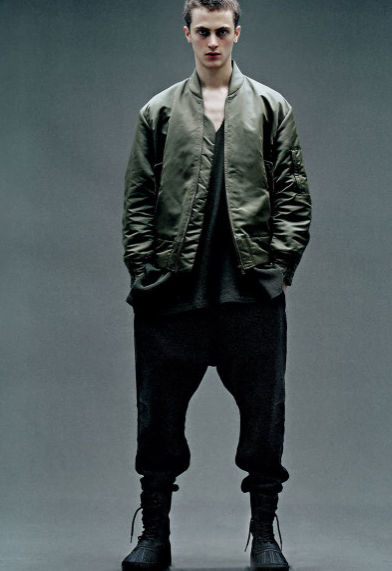 One of fall’s hottest jacket styles, the bomber is also a must-have this season. This Yeezy version is actually incredibly versatile while still involving plenty of urban streetwear flair. Riffing on a neutral shade of army-green, the coat can easily accompany nearly any ensemble with its sporty detailing and sophisticated simplicity. 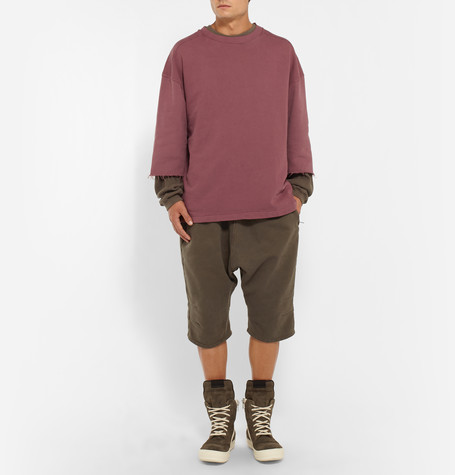 In another oversized silhouette, this crew-neck cotton top goes beyond the basic T-shirt with a modern versatility that’s perfect for layering. It’s also in line with the athleisure trend. But what we really love is the muted cranberry-rose color. Wear it over an army green, long-sleeved shirt and slim jeans, or go the way of Kanye with drop-seat trousers. 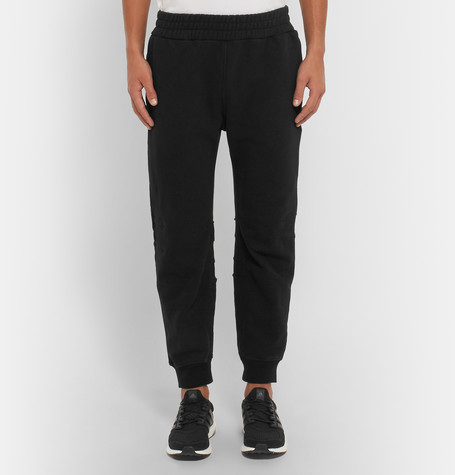 In addition to the cotton tees, we need to embrace some of the other streetwear essentials that permeated the Yeezy collection, including shorts and sweats. In particular, these loopback stretch-cotton jersey sweatpants are cut with a low-seat profile, zippered pockets, tapered legs, and articulated panels at the back of the knee, all echoing the line’s sleek, urban styling and casual spirit. Kanye would wear them with a gigantic camo parka and call it a day, but these off-duty pants will pair well with just about anything.