6 Pieces of ‘Star Wars’ Apparel to Keep You Warm

While it remains to be seen if Star Wars: The Force Awakens lives up to the hype, it’s clear that the seventh installment in this cult science fiction series has the potential to set a new box office record. In fact, the trailer for Star Wars: The Force Awakens has already set a record for the most viewed trailer on YouTube in 24 hours, according to Guinness World Records. And since The Force Awakens will be opening on December 18, there’s a good chance you might have to endure some pretty cold weather while you’re waiting in line at the theater this winter. Well, have no fear my young Padawan – just because you’re going to see a Star Wars movie in winter doesn’t mean that you have to freeze to death like a tauntaun on a cold Hoth night. Stay warm and display your fandom at the same time with one of these awesome Star Wars-themed cold weather garments. 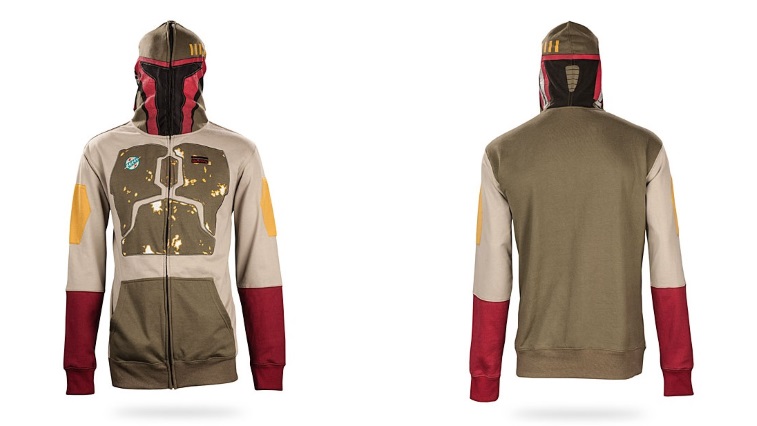 Although Star Wars is primarily about the conflict between the Jedi and Sith, some of the most interesting characters in the movies are the various bounty hunters that are employed by Jabba the Hutt and the Empire to hunt down their enemies. Of course, the most famous of these bounty hunters is Boba Fett, who successfully captured Han Solo in The Empire Strikes Back. And while Boba Fett supposedly met his end in a sarlacc pit on Tatooine, this popular character is rumored to be getting his own anthology movie after next year’s Rogue One. So show off your fandom for this mysterious Mandalorian and stay warm at the same time with this hoodie that features Boba Fett’s unmistakable armor design. And for really cold nights (or just those times when you want to cultivate an aura of mystery) the hood can be completely zipped closed over your face. You can find the Boba Fett Hoodie here. 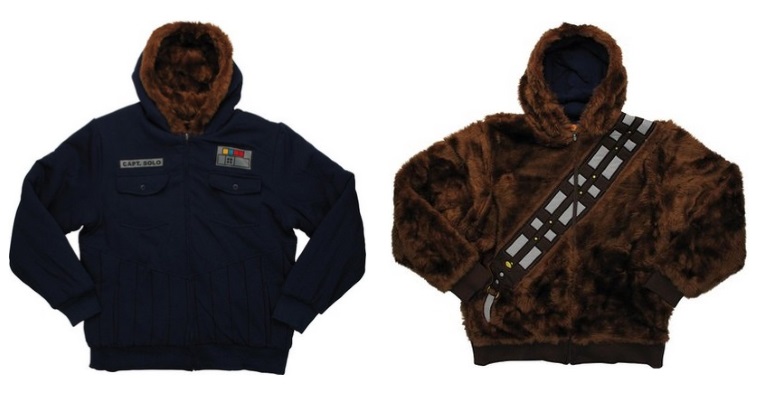 Like the inseparable droids C-3PO and R2-D2, it’s hard to imagine Han Solo without his faithful Wookiee co-pilot Chewbacca. So why not wear a hoodie that pays tribute to both of them? This reversible hoodie features faux Wookiee fur on one side, and a blue parka design like the one Han Solo wore on Hoth on the other side. Pro tip: Wear this hoodie with the Wookiee fur facing in for extra warmth during especially cold weather.  You can find the Star Wars Chewbacca Han Solo Reversible Hoodie here. 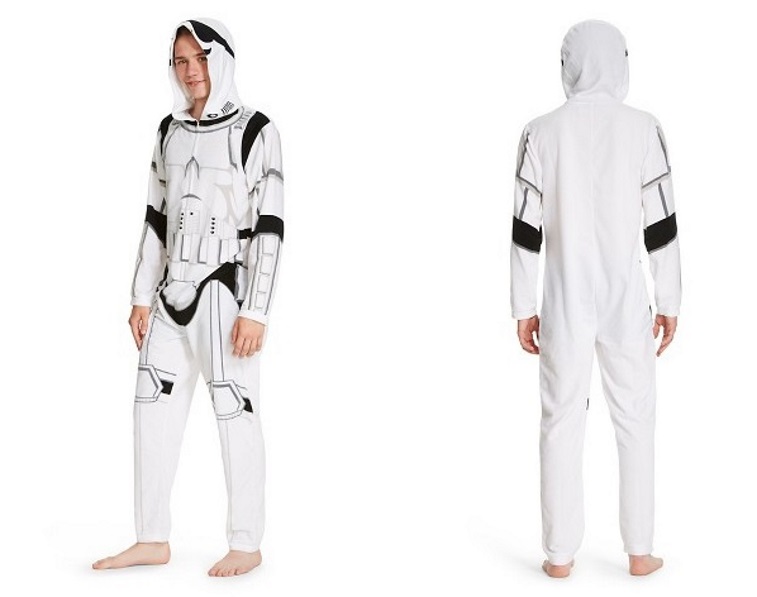 As the undergarment of choice for the shock troops of the Empire, the Stormtrooper Hooded Union Suit is perfect for anyone who wants to stay warm, but also battle ready. Wear them as pajamas or use them as underwear on particularly cold days – just remember that like the stormtroopers’ armor, this union suit will provide no protection from direct blaster hits. You can find the Men’s Star Wars Storm Trooper Hooded Union Suit here. 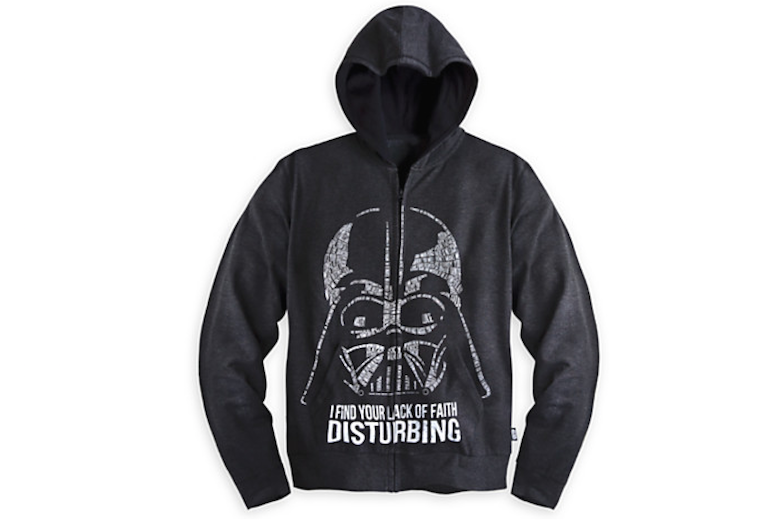 The only thing more disturbing than a lack of faith in the Force is a lack of warmth on a chilly day. Stay cozy Sith-style with this gray Darth Vader Hoodie that features a comfortable fleece fabrication interior. We particularly like the graphic of Darth Vader’s helmet on this hoodie that is made up of quotes from the Star Wars movies. You can find the Darth Vader Hoodie for Men here. 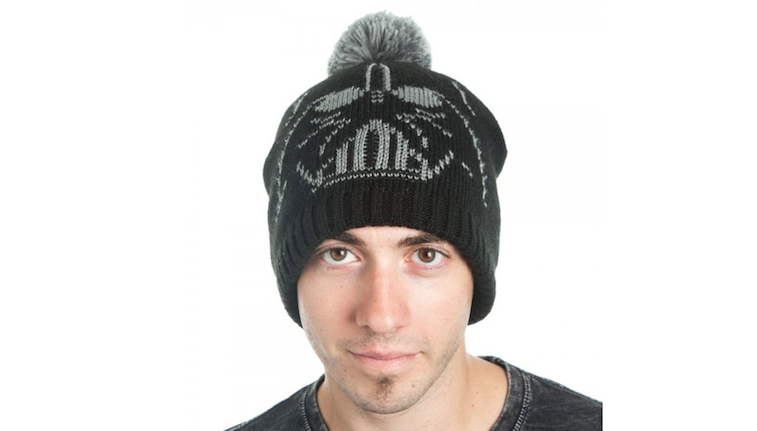 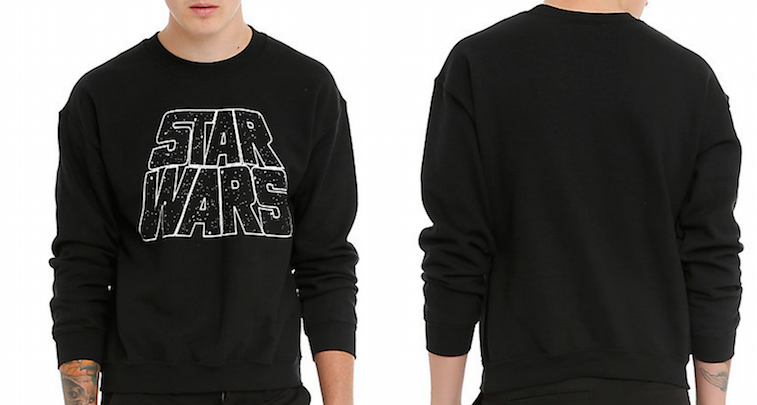 Nothing too fancy here, just a classic crew pullover that features the iconic Star Wars logo. But it’s perfect for layering to keep you warm as you wait to see Star Wars: The Force Awakens this winter. You can find the Star Wars Logo Crew Pullover here.