The Spring 2016 menswear runways were awash in a multitude of colors that would make even a Crayola box blush. But this was no ordinary palette explosion; the spectrum of shades was made all the more interesting by virtue of the unusual pairings.

Spinning the color wheel around and around, designers sent out hue combos that you may have never thought of before. Take inspiration from spring’s nonconformist use of color and paint your daily ensemble with a few different strokes. These unconventional sets of tones definitely fall into the category of “strange but good,” proving to be the perfect match. 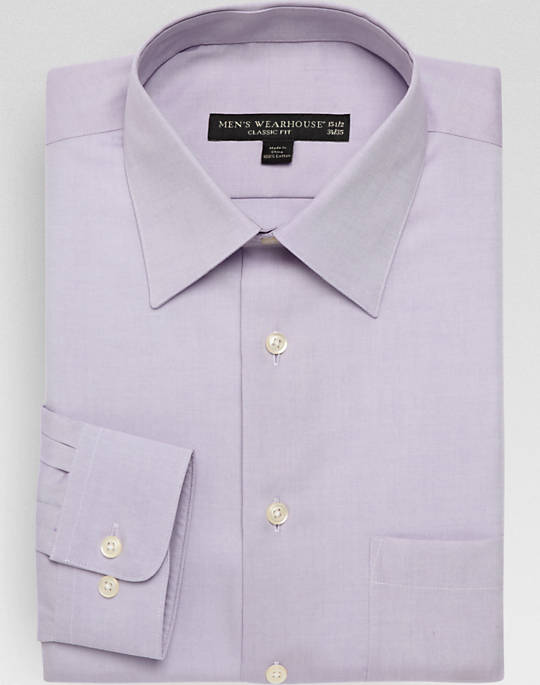 Real men wear pink — and its best new counterpart, the inky dark side of blue. The combo is rather brilliant as the indigo brings in all the masculine edge, canceling out any girliness that your might pin on the rosy hue. The colors work for both the casual life, as Michael Kors’ island-inspired Spring 2016 collection demonstrated, or for a more formalized occasion. The Bally Spring 2016 mix of the rose-salmon, double-breasted sport coat and cropped indigo trousers has all the refined panache you need—with a side of trendsetting polish. Just skip the Vineyard Vines-tinged prepster baby pink here, as the deeper variations work far better. For the most accessible way to wear this mix, wear a mauve button-down shirt underneath your navy suit, and you’ll be seeing the world through rose-colored glasses in no time. 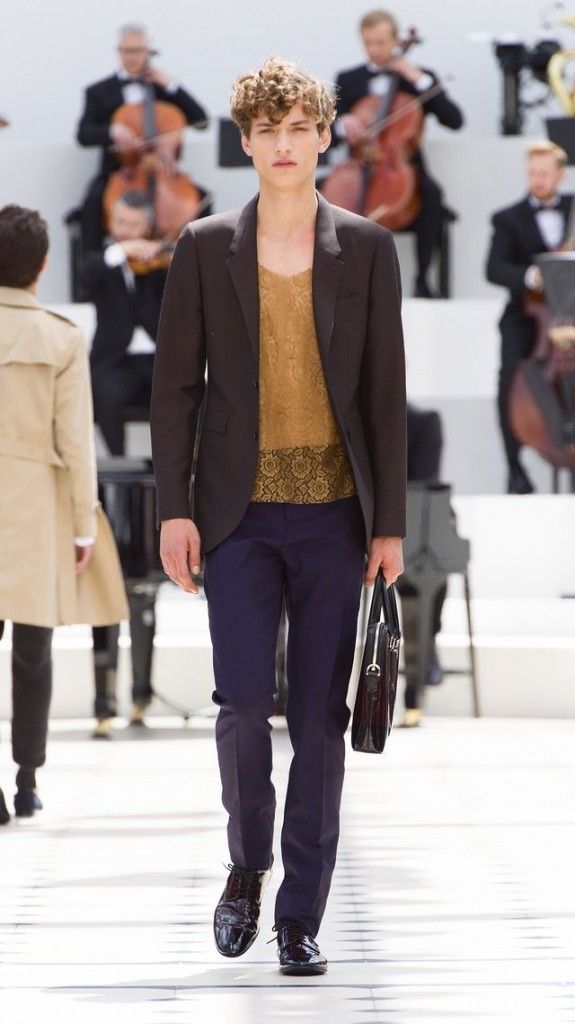 Eggplant has long been one of my favorite color stories for the standard suit, as it has the power to bring a subtle, intriguing edge without stepping out of bounds into obtuse, attention-grabbing territory. But Burberry Prorsum’s Spring 2016 runway took nightshade to the next level by pairing it with the warmth of sienna. A seemingly outré palette of delicious chocolate brown, rusty sienna, and deep purple all of a sudden become genius when worn together — even a lace shirt is not out of place. Meanwhile, the precise tailoring of a Burberry nightshade suit gets a lift with the addition of the bronze-y dress shirt and a teal tie for the final exclamation point. Eggplant never looked more appetizing. 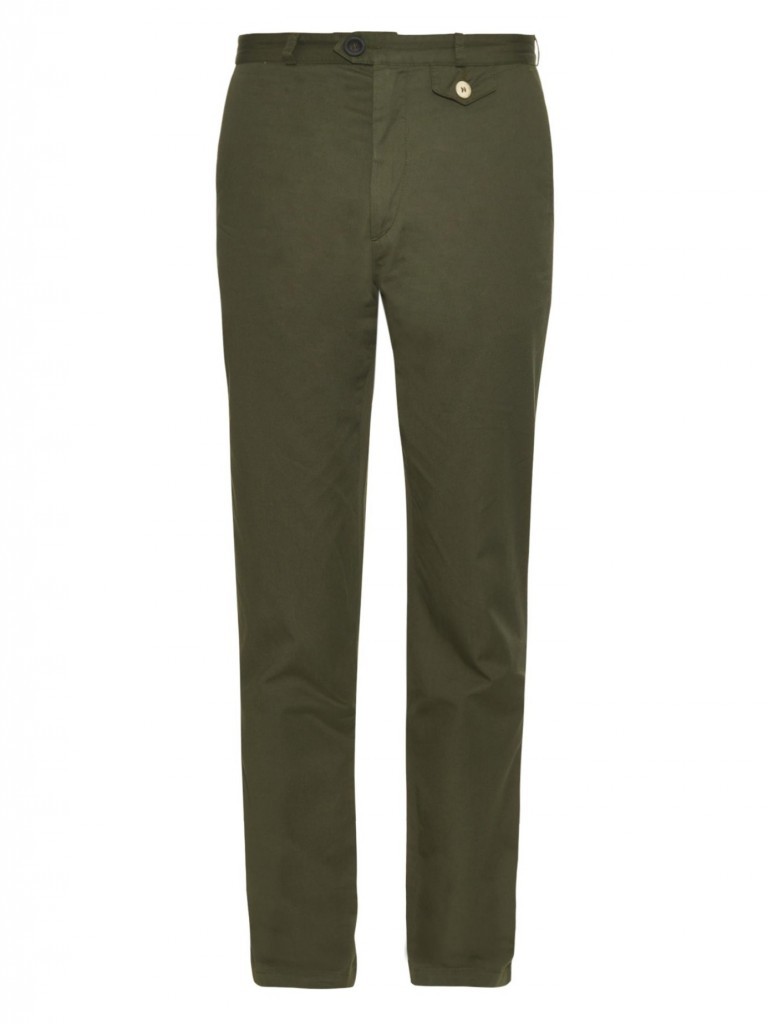 There is little more sartorially exciting than the rush of an intense electric blue. When paired with the earthiness of various dirty-luxe shades of olive-green, the effect only escalates. Playful and pragmatic, the Bally Spring 2016 look is preppy trek with a cobalt coat and olive-y, khaki trousers punched through with red socks and white hiking boots. Lose the ski cap and switch the boots to a brown pair for a slightly more conservative, corporate ensemble that’s no less impactful. At Hermes, a nubby sweater is all the more Euro-handsome and dapper by virtue of slouchy olive-green trousers and sandals. 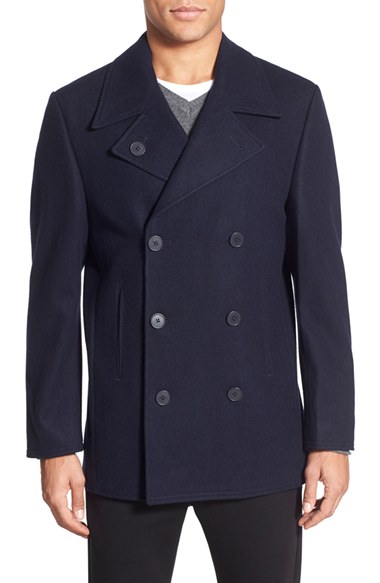 Burberry designer Christopher Bailey had yet another Crayola color match to offer us for Spring 2016. While we already know the new power of indigo and mauve-y rose, he proved that navy also has a friend in forest-green. The blue hue and deep green are both cool complements; a midnight-navy overcoat transforms a rich satin brown button-down shirt and nonchalant joggers into a statement worth making. Meanwhile, pops of bright teal and dress slippers create even more swagger on a business-casual look. 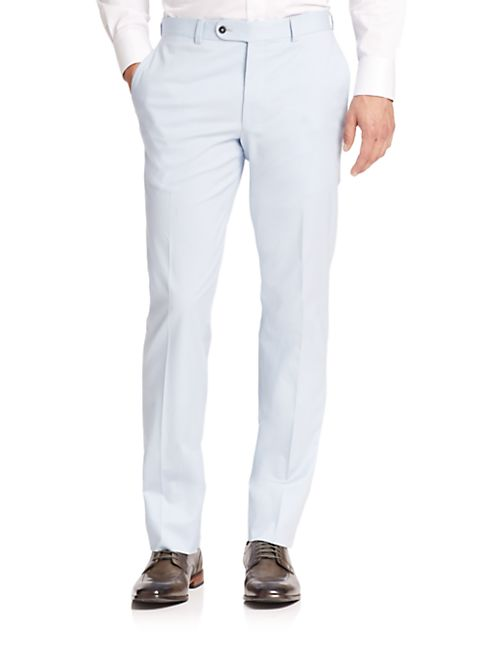 Perhaps the most daring shade sets of the bunch, poppy red and powder blue are not to be worn by the faint of fashion heart. While Gucci’s androgynous Spring 2016 collection — a lesson in new punk — takes the color combination to the nth degree, you don’t have to totally rule it out. Use crimson and sky-blue in small doses to start — accessories such as a scarf or tie are a great way to introduce this bold, eccentric look.

By now, you’ve probably caught on that all manners of blue are a popular starting point from which to pair unorthodox colors. The Coach Spring 2016 runway mixed the serious side of navy blue with a more galactic incarnation of purple. Coach designer Stuart Vevers called it all quite accurately the “Kennedy boys meet Beach Boys meet Beastie Boys.” A navy bomber jacket and purple top provided a subtle, cool-kid means by which to wear these colors while florid, abstract purple printed separates, only slightly quieted by a navy jacket, are made for the more adventurous.