7 Apple Rumors: From WWDC 2016 to Li-Fi for Future iPhones

Curious about the latest word on what Apple’s planning for its future iPhones, the next version of iOS, or a second-generation version of the Apple Watch? Then this is your chance to catch up on the latest rumors and reports about what’s going on in Cupertino.

1. Apple may be testing Li-Fi capabilities for the iPhone 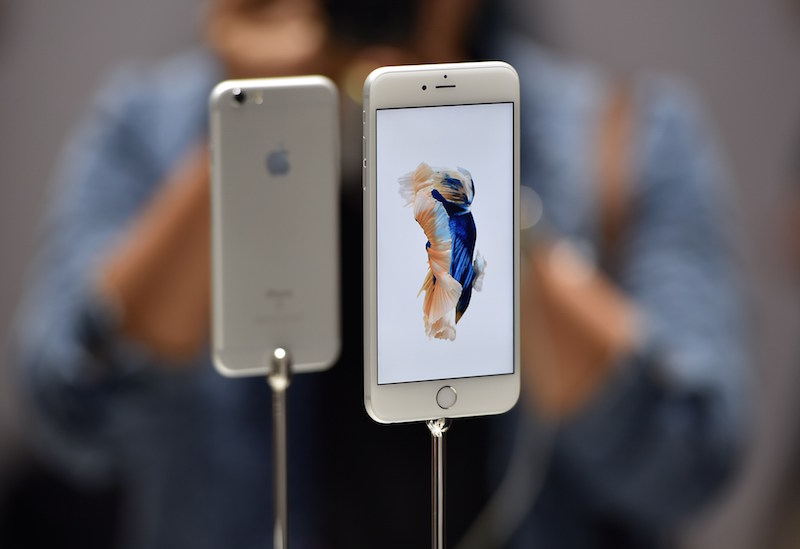 Now would be a good time to read up on Li-Fi, a next-generation wireless technology that can offer data speeds up to 100 times faster than Wi-Fi. The technology was invented by the University of Edinburgh’s Harald Haas and uses Visible Light Communication (VLC), employing visible light between 400 and 800 terahertz (THz) to flick LEDs on and off to transmit data at gigabit speeds (instead of using radio waves).

As Buster Hein reports for Cult of Mac, references found in code for iOS 9.1 indicates that Apple is testing Li-Fi capabilities for the iPhone. Specific mention of “LifiCapability” was found in iOS 9’s system library cache file. But Hein is quick to note that just because Apple is testing the feature doesn’t mean that it’ll be included in the upcoming iPhone 7, expected to launch this fall.

That’s because Li-Fi isn’t commercially available yet. A Li-Fi-powered lightbulb from a startup called Velmenni recently made it to market, and other companies are working on similar technology that will be available to consumers soon. However, the technology isn’t ready for iPhone support just yet, since virtually no one can set up a Li-Fi network in their home or office. But when Li-Fi is more readily available and widely supported, expect Apple to bring the iPhone on board. 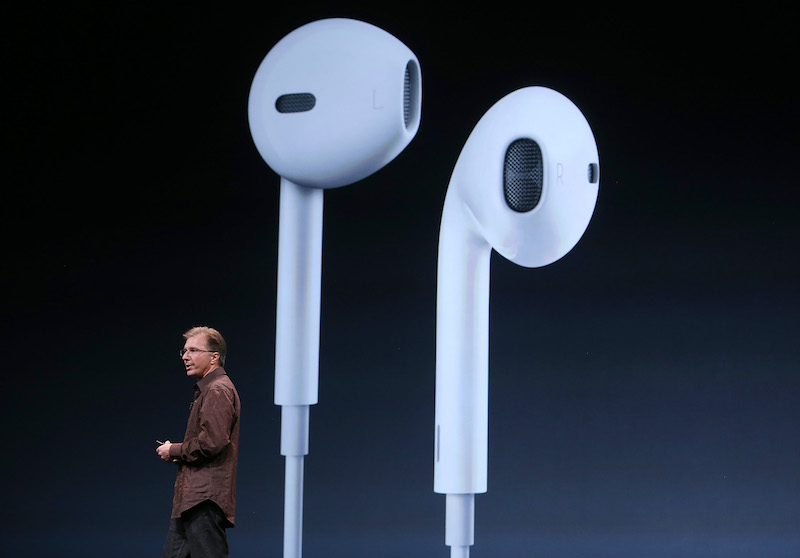 Recent rumors that Apple is planning to remove the standard headphone jack from the iPhone 7 have caused quite a stir as current iPhone users balk at the prospect of replacing their current headphones. But if Apple introduces a replacement for the existing EarPods that’s even better than the current version, some of those users might not be as upset.

Graham Bower reports for Cult of Mac that Apple could introduce wireless, noise-canceling EarPods, and if the company chooses the right feature set, these new EarPods “could change the way we hear digital audio and pave the way for transformative new audio experiences for everyone.” He posits that Apple could do that by equipping the new EarPods with features like holographic sound, which would enable you to hear a unique audio mix as you turn your head. That would be enabled by integrating Apple’s CoreMotion framework into the EarPods. The EarPods could also integrate a kind of augmented reality audio, enabling Siri to alert you to specific locations in the environment around you.

The device could also mix audio from your iPhone with ambient sound around you, which would offer the significant safety benefit of not blocking the sounds of what’s going on around you. Technology that enables “superhuman hearing” could help you have a conversation in a noisy environment. And Bower hopes that Apple could use the move to more capable, wireless EarPods to move into the hearing aid market, perhaps beginning by using its ResearchKit platform to launch a self-testing app for users with minor hearing impairments. 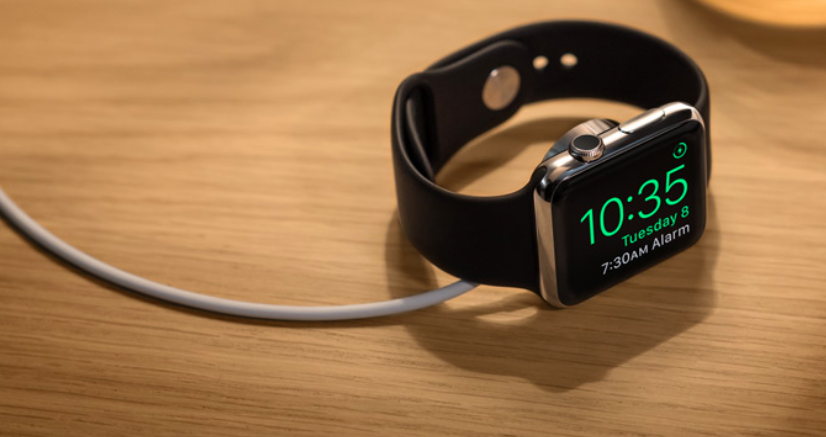 We’ve heard lots of rumors and reports that Apple is planning to introduce the second-generation version of the Apple Watch early this year, perhaps at an event in March. But not everyone is so certain that the next Apple Watch, so far referred to as the Apple Watch 2, is going to appear so soon.

Matthew Panzarino reports for TechCrunch that information from several different sources seems to indicate that we won’t see a major new model of the Apple Watch come March. “Design partnerships, accessories, that kind of thing maybe but not a ‘Watch 2.0′ with a bunch of new hardware features,” Panzarino posits. “I could be wrong, of course, but I’ve heard enough to put it out there.” Panzarino thinks that Apple could ship a minor revision of the Apple Watch that adds a new FaceTime camera and not much else.

Creative Strategies analyst Ben Bajarin says that supply chain checks show no movement that indicates a new Apple Watch model is in production yet. And there’s no indication of major action on the software side. Shipping hardware in advance of even a beta software release that developers can use to support new features generally isn’t a good idea. It’s unclear so far what the refresh cycle on the Apple Watch will be, which makes it even more difficult to know for sure whether March is too soon for the Apple Watch 2.

4. Apple could bring Siri to the Mac this year

While we’ll admit that sometimes we just like asking Siri entertaining questions, Apple’s personal assistant is actually a pretty useful part of the experience of using an iPhone, an iPad, or even on the Apple Watch. She’s also pretty helpful on the newest version of the Apple TV set-top box.

So we have to agree with 9to5Mac’s Benjamin Mayo, who writes that he hopes Apple brings Siri to the Mac this year. On Apple’s other devices, it’s become natural to request information or complete tasks with voice commands. Whether you’re asking Siri to complete a simple web search, set a reminder, or send a message, many users rely on the personal assistant. If Apple brings Siri to the Mac, it could introduce even more compelling use cases. Siri could complete more complicated tasks, integrate with the Mac features of Spotlight search, and even integrate with third-party apps.

Apple could easily create a familiar, full-screen interface for Siri, and designate a key that you could press to call up the personal assistant. While it’s possible that Apple has avoided launching Siri for Mac so far due to the inherent difficulty in getting Siri to accurately hear you when you’re seated at your computer, Apple has enabled a Dictation feature that works with impressive accuracy. It’s possible that Apple could finally get around to releasing Siri for OS X, especially since last year’s version of the operating system was focused on system stability and maturity.

We already have a wish list of all of the features and apps we hope to see in iOS 10. But what would a new release of the iPhone and iPad operating system be without a brand-new set of emoji? As Chris Smith reports for BGR, as many as 74 new emoji are included in the Unicode 9 emoji set, which was recently accepted by the Unicode Consortium. That means that companies like Apple and Google will be able to add all those emoji to the keyboards in their operating systems.

The new emoji were chosen based on popular requests, and some are added to be the gender-matching pairs of existing emoji. A few highlights? How about “rolling on the floor laughing,” “nauseated face,” “shrug,” or “face palm“? Or, if you prefer your emoji to take the form of inanimate objects rather than people and smileys, perhaps “bacon,” “clinking glasses,” “avocado,” “shopping trolley,” or “first place medal.”

The Unicode Consortium will make a final decision on which emoji will be added later this year, when it released the Unicode 9 set in June. The timing is convenient for Apple, which is expected to unveil iOS 10 at its Worldwide Developers Conference in June and launch it in September, alongside the iPhone 7.

6. iOS 9.3 could bring a Night Shift toggle to the Control Center 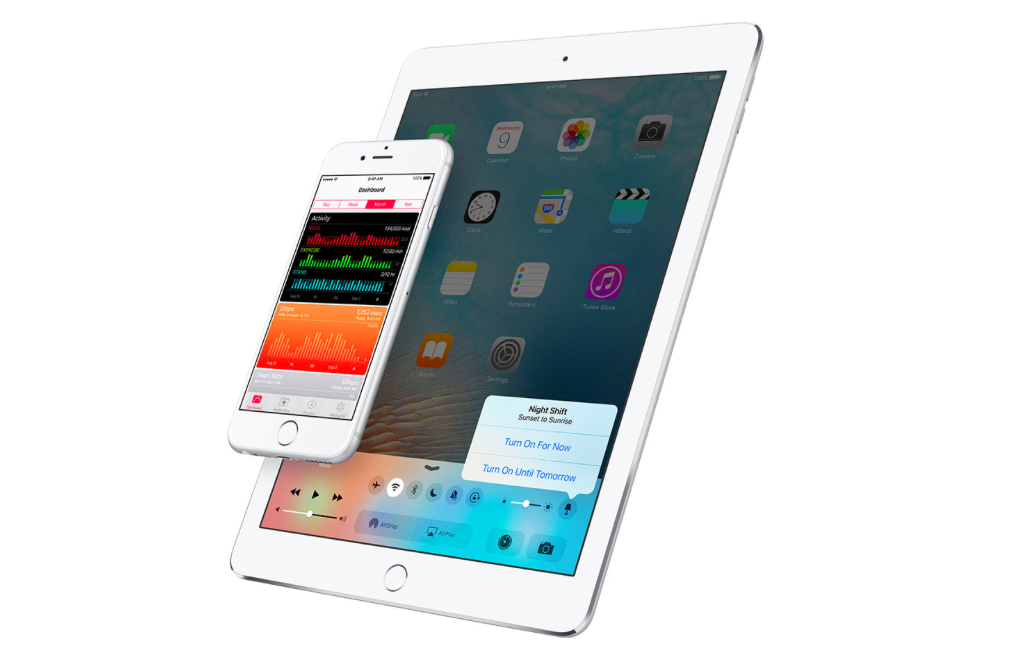 We recently showed you a feature in Apple’s iOS 9.3 preview, called Night Shift, that promises to make your late-night iPhone or iPad usage easier on your eyes, and less likely to have a negative impact on your sleep patterns. Night Shift uses the clock and geolocation of your iOS device to determine when the sun is setting, and automatically shifts the colors of the display toward the warmer end of the spectrum. That stops your iPhone or iPad from exposing you to blue light in the evening. In the morning, it returns the display to its default settings.

John Brownlee reports for Cult of Mac that Apple’s Canadian website reveals an image of Night Shift as a Control Center toggle. Apple has officially said that Night Shift will change the display automatically, according to the time of day. But the shot shows Night Shift also appearing as a toggle, just like Airplane Mode or Bluetooth, which you can turn on or off or delay until later. The image suggests that in the Control Center, you’ll be able to toggle between “Turn On For Now” and “Turn On Until Tomorrow.”

While the image is present on Apple’s Canadian website, it’s missing from the same page on the website intended for United States users. It’s possible that when Apple releases the final version of iOS 9.3, it won’t include Night Shift in the Control Center. But the image does indicate that a Night Shift toggle in the Control Center is something that Apple is considering.

Juli Clover reports for MacRumors that Apple hasn’t yet announced the dates for its 2016 conference. But based on scheduling information available from the Moscone Center, it’s seems that there’s only one window available for the conference: June 13 to June 17. The conference center is booked with other events during the first, second, fourth, and fifth weeks of June, while there’s nothing on the calendar for the third week in June.

Each year since 2007, Apple has held the Worldwide Developers Conference during the first few weeks of June, and the conference has always taken place at the Moscone Center due to the large number of attendees. That makes the June 13 to June 17 timeframe a “very solid guess.” The first day of the conference typically brings a keynote, during which the company introduces new software and new products. This year, you can expect a first look at OS X 10.12 and iOS 10, and perhaps new Macs and other hardware.