You may already be considering how you can wear the looks showcased at New York Fashion Week: Men’s or Paris Fashion Week, particularly if you’re getting tired of wearing the same pieces on rotation as the cold weeks turn into snowy months. But the men’s runway shows happening in major cities around the world also shed light not only on what you can wear to get through the rest of winter, but what you’re going to want to wear through the rest of the year. Read on for seven style trends that we know are going to be big in 2016.

Guy Trebay reports for The New York Times one of the biggest trends to emerge over a month’s worth of fashion shows in London, Paris, Milan, and New York was checkered wools. It’s a trend that originated at the annual fabric fair Première Vision, and from there made its way to the runway via collections from Burberry in London, Valentino in Paris, and CWST in New York. While this might not be a style that you’ll wear in the spring, you can definitely expect to see jackets, overcoats, and even suits in elegant and colorful checks come the fall. 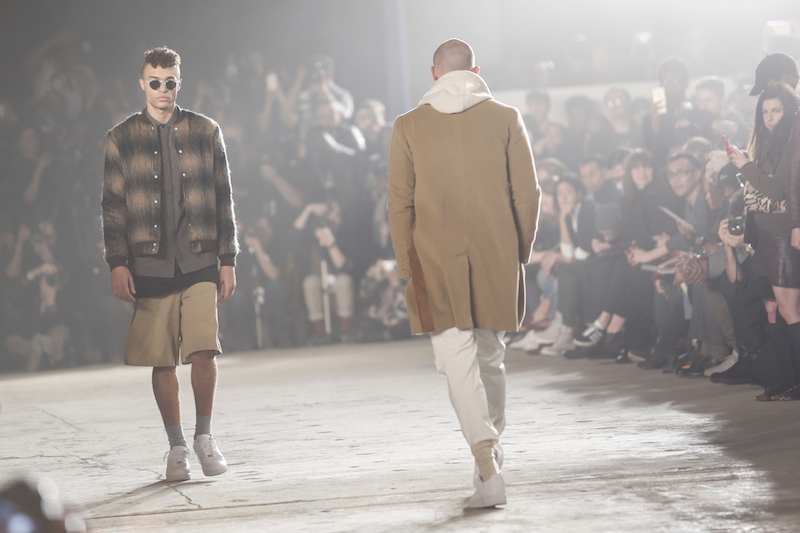 While some of the other trends that Trebay points out may be a little difficult to apply to your everyday ensembles — think metallics, voluminous coats and cardigans, and cuddly, fuzzy jackets — the new popularity of bomber jackets is very much applicable to your wardrobe in 2016, particularly as winter turns to spring. Bomber jackets originated with the First World War, but that didn’t stop labels like Balmain, DSquared2, Givenchy, Moschino, MSGM, and Rick Owens from introducing new versions of the style. 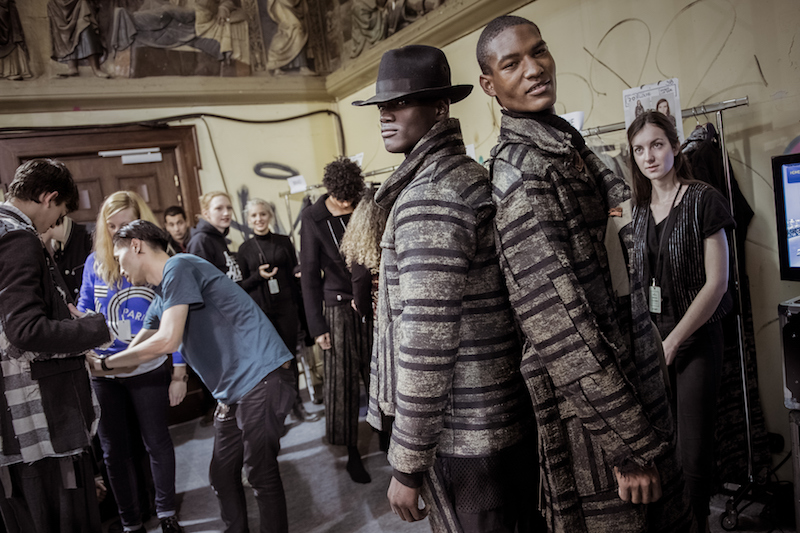 As Cillian O’Connor reports for Fashion Beans, designers have been looking to the dawn of aviation and early 20th century safari wear for their spring/summer collections, which offer inspiration you can apply right away instead of waiting until fall. Runway collections from labels including Dunhill and Belstaff showed safari shirts, field jackets, tanksuits, and gilets. You can channel the trend by opting for tan field jackets and khaki chinos as you revamp your wardrobe for spring. 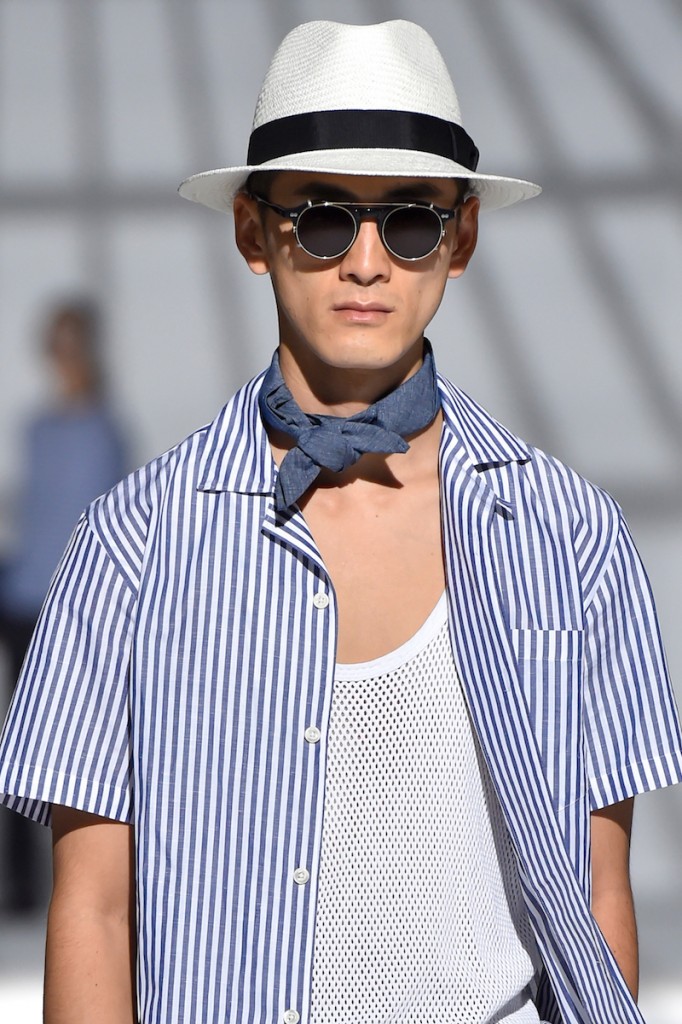 Another great warm-weather style that runway collections are bringing back in 2016 is the Cuban-collar shirt, a style with a notched, lapel-like collar that your grandfather probably wore in the 1950s. Collections from Raf Simons, Louis Vuitton, Dries Van Noten, and E. Tautz included boxy Cuban-collar shirts in everything from geometric prints to summery pastels. This spring, try out the trend with a fitted version of the style, perhaps paired with a tailored pair of chinos to keep the look modern. 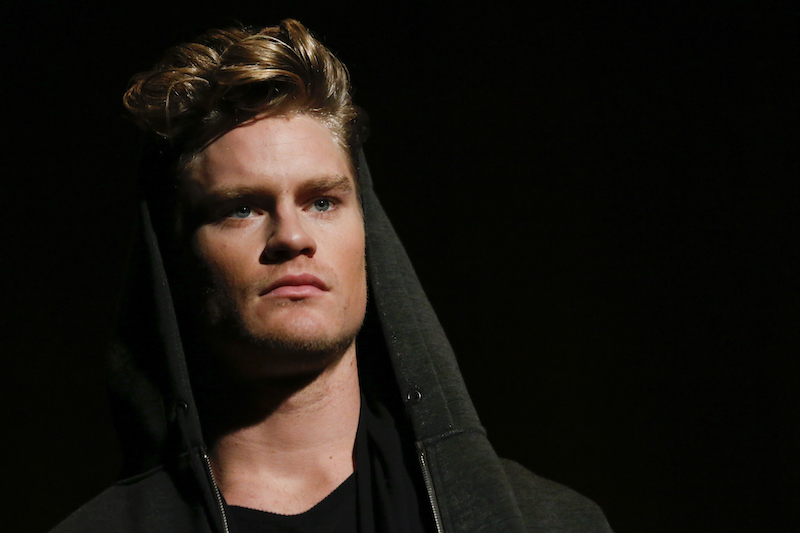 As O’Connor notes, 2015 was the year that athleisure really took hold. But 2016 will be the year that the trend takes on new polish. Labels ranging from Brioni to Prada to Jil Sander all introduced their own takes on the trend, with sharp tailoring and technical fabrics elevating athleisure to an art. You can get a head start on the trend even early in 2016 by experimenting with new ways to pair luxurious pieces with sneakers or trim sweatpants. Try a stylish pair of sweats with a structured overcoat or sneakers in an ensemble that you’d normally pair with dressier shoes.

6. Green in every shade 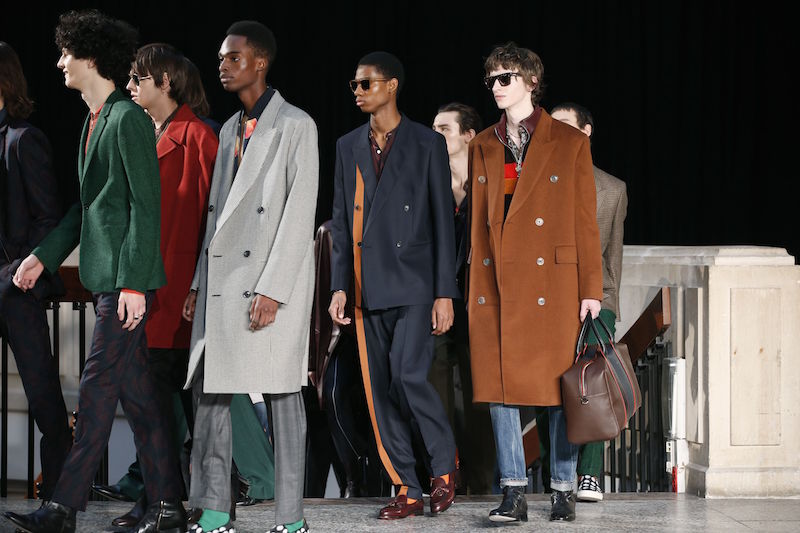 If you’re used to dressing in just one or two colors and are thinking that it’s a good time to branch out, consider adding some green pieces to your rotation this year. Canali and Calvin Klein showed green looks with a definite military influence while Burberry and Brioni showed garments in brighter bottle green. It’s a trend you can channel any time of the year, and one that you’re absolutely going to see gaining steam throughout 2016. Look for an olive green jacket for spring, a pair of classic green shorts for summer, and green sweaters and overcoats for fall. 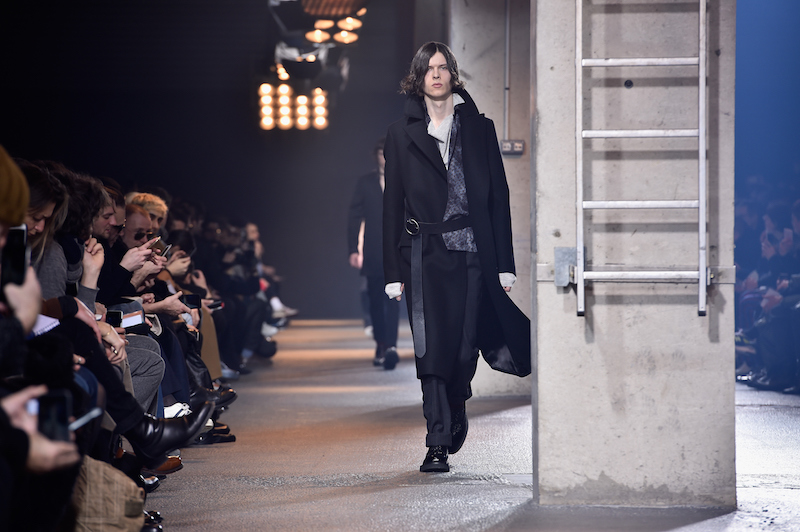 Styles that originated in military uniforms are the foundation of modern menswear. So it’s fitting that one of the biggest trends on the runway is militaria. Collections from Balmain, Dries Van Noten, Louis Vuitton, Tim Coppens, and others showed new twists on classic military styles, from embellished jackets to strong-shouldered overcoats that you may just find yourself lusting after come fall.