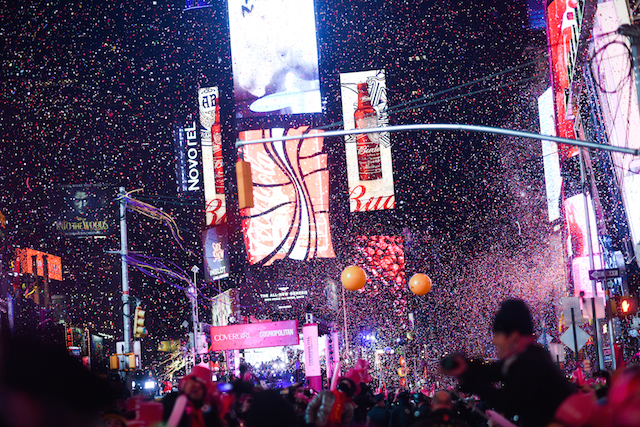 Another year is over, and a new one about to begin. We’ve seen a lot of new technologies and gadgets pick up steam during 2015, such as the rise of wearable tech, affordable virtual reality, and smart homes. But what will make waves in 2016?

We’ve assembled the eight coolest tech trends across the web to watch for in the coming year.

1. The Internet of Things

Motley Fool believes that 2016 will bring the concept of the “Internet of Things” to the mainstream. While this sounds hard to understand, it’s actually quite simple: It’s all about getting our various devices to talk together for greater benefit. For example, your home security system detects that you’re waking up for the morning, and sends a signal to your connected coffee maker to brew your favorite cup of coffee. Expect these connected devices to become more commonplace.

TechRadar thinks that 2016 is the year 3D printing finally gets going. It’s been around for awhile, but at prices that most of us can’t afford. Prices on printers will continue to drop during the year, finally making widespread availability of these devices possible. Who knows, we might even start printing food, the site writes.

VentureBeat predicts we’ll be talking about artificial intelligence a lot more in 2016. This will come in a variety of forms and not just the driverless cars we’re all familiar with. Software will be released that is aware of its surroundings and can “learn” based on real-world experience. Even digital assistants like Siri and Cortana should get better at interacting with us and even anticipate our needs based on our daily habits.

Our own James Derek Sapienza says 2016 should bring increasingly connected cars. A substantial number of cars will be compatible with Apple CarPlay and Android Auto in 2016, especially Chevy and Hyundai models, and early 2017 models releasing late in the year will see additional automakers come on board. Gesture-based controls also appear to be a hot new trend in high-end luxury cars such as the Mercedes S-Class and BMW 7-Series.

5. Smarter robots in our homes

CNBC suspects that home robots will be a hot trend. While many of us got our first experiences with home robotics thanks to Roomba, advances should make more widely useful robots affordable in 2016. Assistants like Jibo and another similar companion robot called Buddy debut in the summer. While these aren’t to the level of ASIMO just yet, robot butlers don’t seem all that far off.

In wireless, 5G will become the big buzzword, says the IEEE Computer Society. We should warn you this isn’t truly 5G just yet, as wireless providers haven’t decided on what technology they’ll use, and instead may be a marketing gimmick like the early days of 4G. Either way, our current LTE networks will get much faster — with speeds possibly doubling or more during the year. 5G is probably a year off, but this will hold you over until then.

TechRepublic bets on virtual reality getting even bigger in 2016, with big products in the field like PlayStation VR and Oculus planning to launch. The site expects a whole host of players to come onto the scene during the year, and consumers may find themselves overloaded with options. The key thing to watch, TechRadar says, is if there is backlash to virtual reality’s acceptance, given we already bemoan how detached we’ve become from one another on an in-person level thanks to computers and phones.

While only one in 10 of us now consider using mobile payments during checkout, according to MoneyTalksNews, technology analyst Brian Solis believes the technology will really take off during 2016. Consumers have a host of options now, from Google’s Android Pay to Apple Pay and Samsung Pay, too, and several new competitors are expected to launch during the year.

It will be a slow build, but by the end of 2016, mobile payments will finally start to gain a foothold as more and more consumers have devices that can support it.