8 Things That You Need to Know About the Peach App

It’s the hottest new social networking app, but could it replace Facebook, Twitter, Instagram, or Snapchat? Better yet, if you’ve never heard of it, what the heck is Peach anyway and why should you care? We give you eight facts on the newest social networking service and why it matters to you. 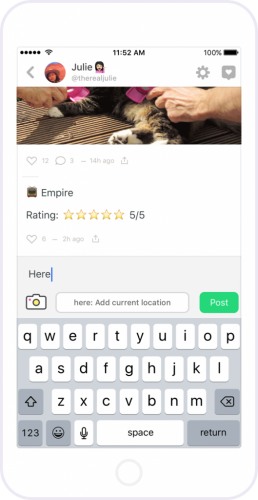 2. What are some of these “magic words”?

Type “here,” and Peach adds your current location, while typing “draw” pops up a sketch pad to post a doodle. “Shout” will allow you to post text in large bold letters on a different background color, and “song” posts a link to whatever you might be listening to at the moment. Altogether, there are nearly two dozen magic words currently supported.

Due to the fact that Peach’s allure is in its simplicity, it should come as no surprise that the service itself is the brainchild of the creators of Vine. Vine made a name for itself on brief short videos that its users post and share, so it shouldn’t be too surprising that Peach wants to do the same to social media.

4. It’s not too much different from the others 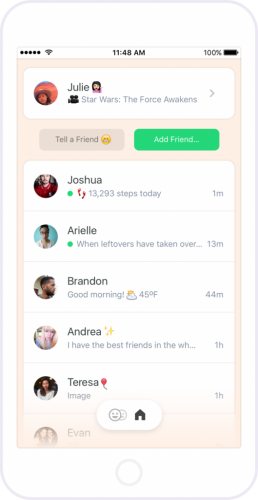 Re/code’s Kurt Wagner says that Peach isn’t really that groundbreaking, just that it’s your standard social media service “packaged in a shiny new wrapper.” That’s pretty much true; however, the way it helps create your posts is. Instead of your standard text, check-in, photo, or video posts, the “magic words” concept introduces a few new post types that are derivatives of your standard ones, and makes it much easier to post them.

5. You’ll need to get your friends on it

CNET notes that without your friends on Peach, the app is a pretty lonely place. While its microblogging concept looks a lot like Tumblr, you can’t follow just anybody. They have to be friends or friends of friends in order for you to see what they’re posting.

The Guardian points out that Peach is a “walled garden,” meaning the entire social network is within the app itself. You can’t access or post to your Peach profile from the web. Also, it’s not clear just how private your posts are, even though your posts are just visible to your friends and friends of friends.

Peach says its app is only available on iOS, and the service’s website doesn’t give any indication of when an Android version will be released.

While the app is not more than a few weeks old, some in the media are already saying it’s dead. The Boy Genius Report noted Peach’s precipitous fall from the top of the iTunes charts. The app only peaked at No. 85 on the charts, and as of the writing of this article, it was not in the top 200 for free apps, and No. 112 among all Social Networking apps.

Whether Peach catches on is yet to be seen. Our biggest question about it is whether there’s room for yet one more social networking app. I know from my own experience that it’s hard enough to keep up with all of them. I regularly update my Facebook and Twitter, but when Snapchat got popular, I stopped using Instagram.

I don’t know if I have time to keep yet another social network up to date on my life, and I’m sure many others don’t either. I guess time will tell.