9 of the Best Funny T-Shirts Ever

Let’s just get this out there: Shirts with sayings on them are a questionable trend. One wrong shirt statement, and it can garner the wrong kind of looks from people. But if you can wear a T-shirt that is truly funny, you’ll make the statement that you have a great personality. For guys who don’t take themselves too seriously and have been itching to give a funny shirt a try, we recommend trying any one of these nine shirts.

1. For the math nerds 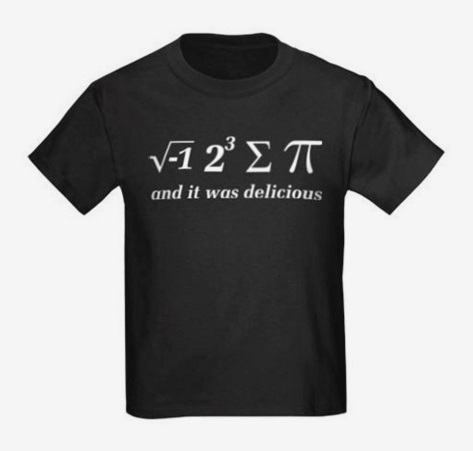 This one is for all the math nerds. The shirt translates to: “I ate some pie……and it was delicious.” If this doesn’t make you fall in love with math all over again, we’re not sure what else will. Warning: If you’ve got friends who dislike math, it may take them awhile to figure out what the shirt’s saying means. 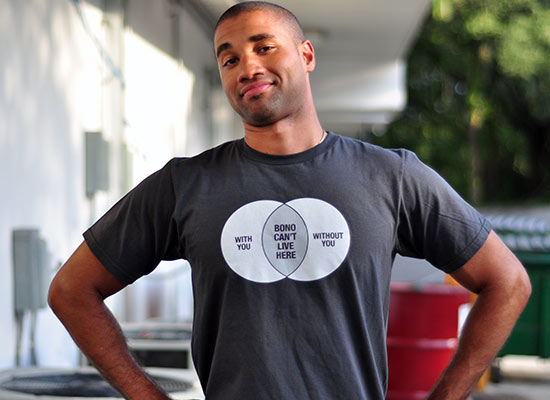 U2 is one of the best bands out there, and any shirt that features any of their lyrics in a comedic way is a must. This shirt is a perfect visual display of U2’s lyrics from “With or Without You” in a Venn Diagram, with the the intersecting circles labeled as “Bono can’t live here.” Round of applause for this shirt. 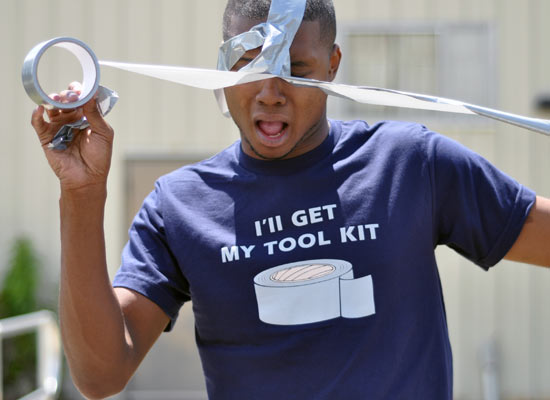 They’re called handy “men” for a reason, though this shirt rightfully questions it with a screen image of duct tape with “I’ll Get My Tool Kit” above it. Just face it guys, sometimes you just can’t fix things properly and that’s totally cool. 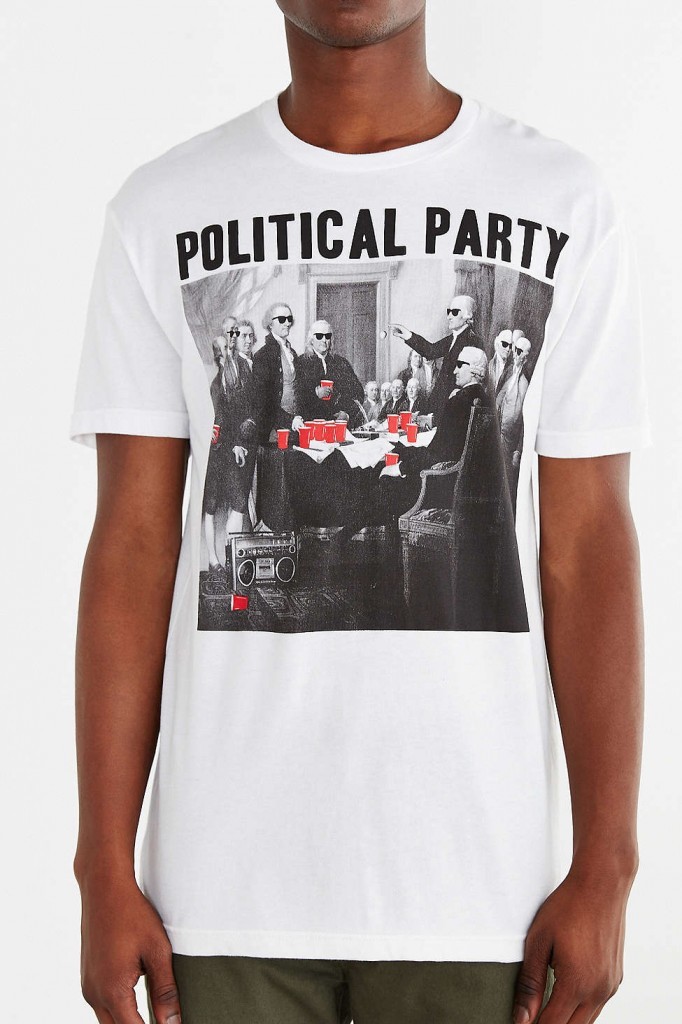 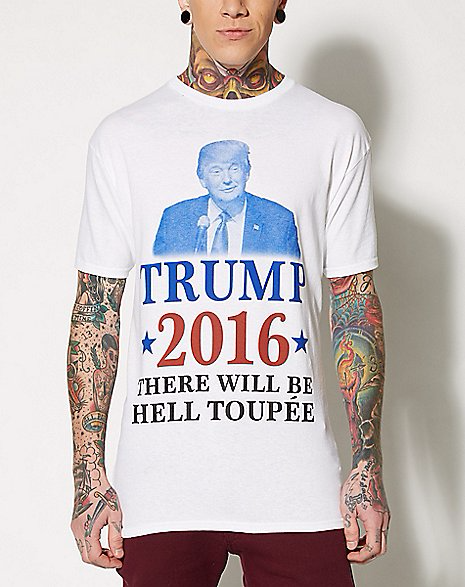 If you’re a Trump supporter (or even if you’re not), you’re bound to garner a reaction from people after they read this shirt: “Trump 2016, There Will Be Hell Toupee.” We’re still curious about what he’ll do with his hair if he becomes president of the United States of America.

6. For the supportive bro 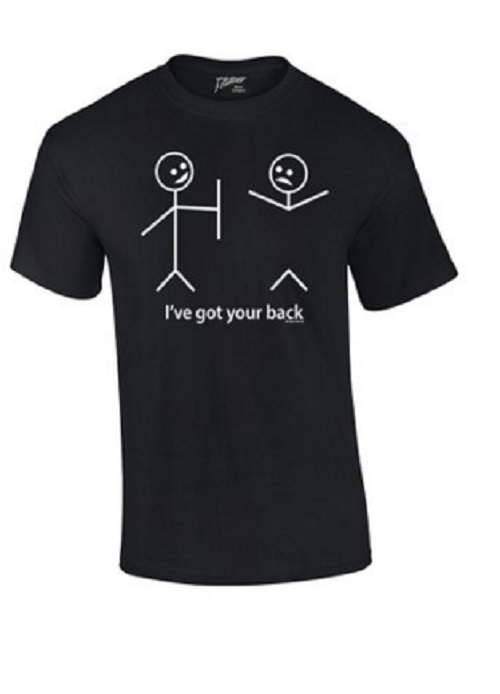 I’ve Got Your Back T-shirt | Source: Amazon

What better way to show support for your friend than by wearing this shirt? It consists of two stick figures, one of which is grabbing the others torso and proclaiming “I got your back?” Thanks for the support, friend. 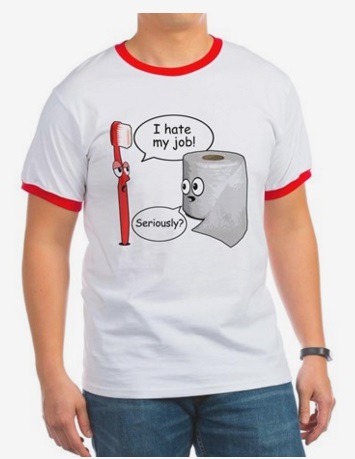 We know you’re a sophisticated gentleman, but who can resist a little funny toilet humor? This shirt has a toothbrush complaining about his job to a roll of toilet paper who can’t believe that the toothbrush is complaining. I think we can all agree about who has it worse. 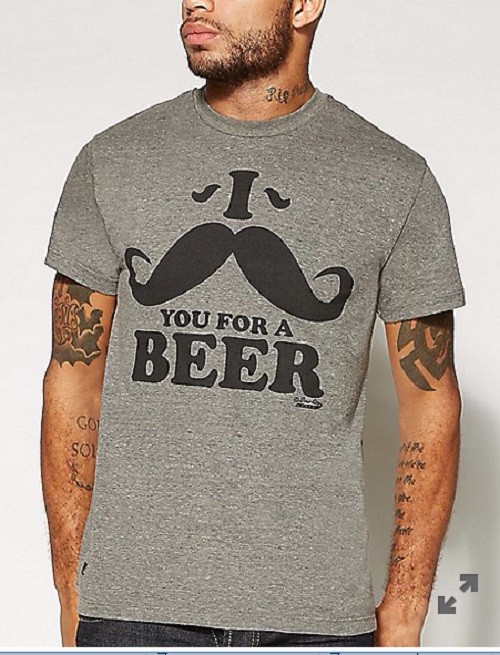 Mustaches are pretty cool — as is this shirt. A good play on words will always conjure a laugh, and when you add beer to the equation, it makes it even funnier. This is a perfect shirt to wear during guy’s night.

9. For the Apple lover 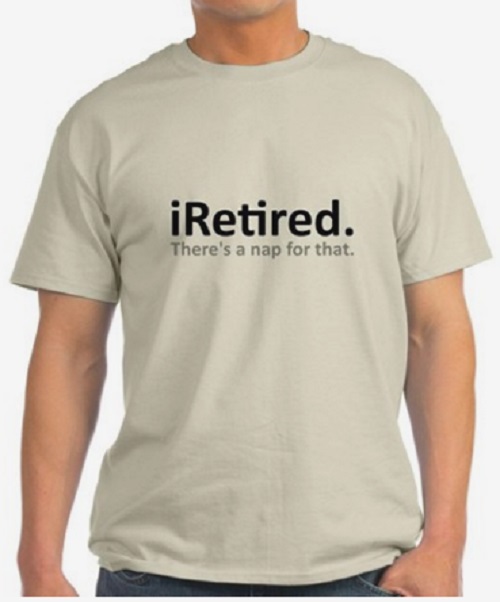 Apple products are practically everywhere, including your shirt. This tee says, “iRetired, There’s a Nap for That.” A saying like that is certainly something our technology-driven society can appreciate.