Amazon’s Echo: What It Can (and Can’t) Do For You 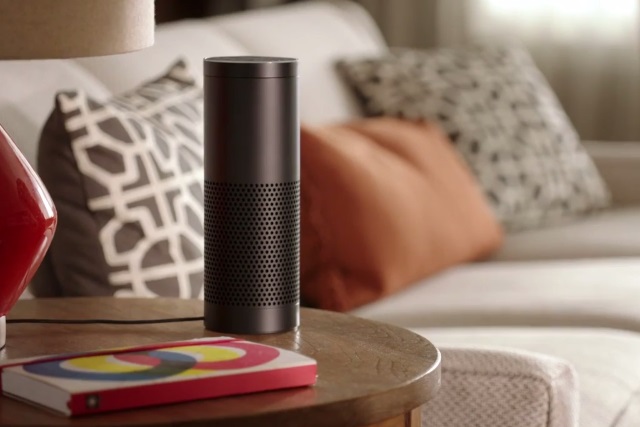 Everyone is buzzing about the Amazon Echo, the wireless speaker and voice-powered personal assistant all in one, because Amazon recently made the Echo available to anyone who wants to pay $179.99 for the device. Tech-savvy bloggers and those searching for the next big thing have noted that Alexa, the artificially intelligent personal assistant housed in the tiny speaker, is like “Siri on steroids” because of her potential to act as a control hub for your home and your media. But does Alexa really provide enough convenience and assistance to warrant purchasing the Echo? Let’s look at the details to find out.

Echo is about the height of a toaster and can be placed anywhere with WiFi access. After you set it up with your smartphone, you can control almost everything that Echo does with your voice — which is its major appeal. However, so far, the uses for Echo are limited. You can ask Alexa to tell you the weather, add items to your shopping list, reorder items you buy frequently on Amazon, offer reminders about upcoming calendar appointments, set a timer, or answer basic search queries.

Alexa can play music, though her primary source is Amazon Prime Music, which has a very limited selection. But Alexa can connect to your phone, like any other Bluetooth speaker, to enable you to play music from apps like Spotify.  Darrell Etherington reports for TechCrunch that it’s Alexa’s smart home abilities that make the case for a voice-powered home — even though those capabilities are fairly limited so far. Out of the box, Echo lets you control WeMo-enabled smart switches and Philips Hue lights.

You can complete all of these tasks on your smartphone, and often with fewer errors. In fact, Farhad Manjoo reported for The New York Times that Alexa is “a personal aide in need of schooling,” noting that Alexa “is quite stupid” in spite of the artificial intelligence that powers her. “If Alexa were a human assistant, you’d fire her, if not have her committed,” Manjoo explains of his three weeks testing the Echo. “‘Sorry, I didn’t understand the question I heard’ is her favorite response, though honestly she really doesn’t sound very sorry. She’ll resort to that line whether you ask her questions answered by a simple Google search (‘How much does a cup of flour weigh?’) or something more complicated (‘Alexa, what was that Martin Scorsese movie with Joe Pesci and Robert De Niro?’).”

Despite the frequent misunderstandings, though, Manjoo says that Alexa is “just smart enough to be useful.” While you could complete a voice search on your phone, Alexa is always on and always listening for a query. That makes her assistance a lot easier to access, especially when your hands are full or when your smartphone isn’t close at hand. Alexa is also quicker to spring to action than Apple’s Siri, and Manjoo says that Alexa is much more pleasant to use than Siri, even if she’s frequently wrong. Though Alexa can’t yet control many brands of lights, or your thermostat, or your entertainment system, Echo is the beginning of a system that can do all of those things, and more. Manjoo explains, “In Alexa, Amazon has created the perfect interface to control your home; if it adds some more intelligence, it would be quite handy.”

As Manjoo notes, Alexa keeps getting smarter.  During the preview period, in which Prime subscribers could buy Echo for just $100, Echo added a variety of features, like the ability to control some smart home devices, an integration with the Pandora streaming service, and the ability to offer traffic information relevant to your morning commute. Just two days after making the Echo available to the masses, Amazon reported that it was releasing a free set of APIs that enable developers to add Alexa to any device with a speaker, a microphone, and an Internet connection with only a few lines of code. The press release notes, “When a developer uses the Alexa Voice Service to integrate Alexa into their device, their product also gets the benefit of updated capabilities that are added to Alexa, thus constantly improving the device over time.”

Amazon also released the Alexa Skills Kit, a collection of APIs and tools that enable developers to create new voice-driven skills and capabilities for Alexa on Echo and on future Alexa-enabled devices. Kwame Opam reports for The Verge that altogether, the new tools open up Alexa to a variety of hardware-specific applications both in and away from the smart home. Amazon’s press release suggests examples of what developers could create with the Alexa Voice Service, including a “Wi-Fi alarm clock that lets a customer talk to Alexa,” a “movie ticket machine that lets a moviegoer say ‘Buy six tickets for the next showing of Jurassic World,‘” or a “TV that makes finding tonight’s game simple.”

Opam reports that to get manufacturers to begin building Alexa into their products, Amazon has also established what it calls the Alexa Fund, which will aim $100 million in investments at startups and designers planning on incorporating Alexa. The company has invested in seven startups so far. One, called Mojio, is a connected car company that will use Alexa to enable drivers to ask how much gas they need before their next trip. Another one, called Scout Alarm, enables homeowners to arm and disarm a home security system with a voice command.

If you’re excited about emerging technology and just have to try out the next big thing before it’s really arrived, then order Echo and get acquainted with Alexa. But if you’d prefer to adopt a new technology only when it’s reasonably polished and undeniably useful, then wait a bit longer for Alexa to get a little smarter.